You are here: Home / Blog / Mysterious Thoughts
This post may contain affiliate links or mention our own products, please check out our disclosure policy here. 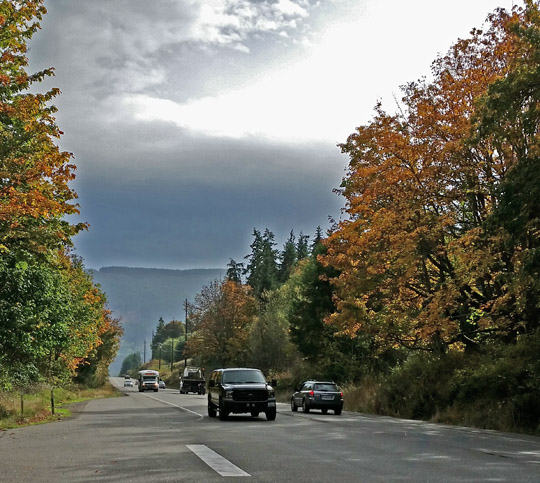 Traffic was heavy at 8 a.m. It rained as I drove through the first traffic circle heading east. The mountains, barely visible through the clouds, were a monotonous blue, the same gloomy blue I felt as I drove the two-lane highway around Discovery Bay and turned north toward Port Townsend. I was still on a two-laner but now there were no shoulders. The mountains came down to the edge of the road, covered with rocks and trees that, according to the “Watch for Slides” signs, were a definite threat with the continuous rain. Glancing at my watch, I sped around the curves and on through the hills, vaguely aware of the bedraggled fall splendor or the bay now well below me.

My thoughts went back to last night’s phone call from my brother. My best friend was missing. I hadn’t seen her for several years but we phoned every couple of weeks and were still close friends. I hardly slept a wink with Angie on my mind. They didn’t have a clue what had happened to her. Two of her six children were the same ages of my two girls and we had been friends since they started kindergarten together. Angie was definitely into family and loved her kids. Her divorce two years ago had rocked all their worlds. She had just started dating again and the consensus was that maybe she had run away with this guy, but I couldn’t believe that. Even though they were off on their own now, Angie would never just up and leave her kids and grandkids. It was time to go home.

I drove down the hill into Port Townsend, wiggling my way through to Fort Worden. I slid into the last parking space, ran inside, and only slightly late, slipped into the closest seat in my second Peninsula College class, “Writing the Mystery Novel.” God Bless until next week.

Winter in the Wilderness, Minshall’s first novel (e-book and hard cover), and the fourth edition of RVing Alaska and Canada are available through Amazon.com. Visit Minshall’s column, Silver, Single, and Solo, in both hard copies of RV Life and at www.RVLife.com.