You are here: Home / RV Lifestyle / Should Free WiFi Be Available In Our National Parks?
This post may contain affiliate links or mention our own products, please check out our disclosure policy here.

“If a camper visits a national park and doesn’t actually post about it on Facebook, did it really happen?”

When the National Park Service was established in 1916, President Woodrow Wilson wasn’t looking for ways to provide high-speed internet.  Visitors didn’t need to check their Facebook or upload selfies from the Grand Canyon to their Instagram.

Rather the NPS was created to preserve our nation’s most beautiful landscapes.  Our now-58 National Parks provide a way to explore vast wilderness and completely immerse ourselves in nature.  After all, what’s the point of being outdoors if you still constantly have to stay connected? 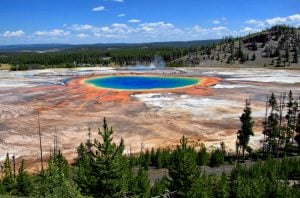 However times are a lot different than back in 1916.  The internet has not only been invented but it has become a necessity for many fulltimers on the road.

It’s now the easiest accessible resource for information.  Maps and directions are at our fingertips and can be effortlessly pulled up on something as small as a smartphone.  Restaurants and attractions can not only be located but we can read reviews and determine if stopping in is truly worth the time and money.

A few years ago, Canada already took the step forward and announced they were installing WiFi in certain areas of their remote national parks.

Information and safety are the key advantages to having wireless internet available.  Having in-park WiFi access would allow hikers and campers to look up directions, survival tips, and contact others in case of an emergency.

Another factor to consider is self-control.  People argue that yes, WiFi may be available, but that does not mean that every visitor needs (or is planning) to use it.  The internet access would be for those who decide to connect on their own, and those who would rather stay off the grid can remain doing so. 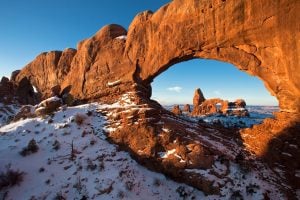 Many who are opposed to the idea say that WiFi simply disrupts the peace.  For some, having access to the internet is too distracting.  How frustrating would it be to go on a camping trip only to be surrounded by friends who could not get off their phones?

The whole point of getting outdoors is to unplug, even for just a short while.

Wireless internet also requires installing antennas within the park in order to provide the service.  These would be added to pre-existing structures near the campgrounds but some argue this still impacts historic buildings.

The future of outdoor WiFi

Free public WiFi is currently available at some national parks near visitor centers, like Rocky Mountain National Park in Colorado, but it is still not accessible after you hit the trails.

They offer 25 Mbps download speeds and 10Mbps upload speeds, as quick as you would expect on your computer back home.  It can be used for everything from downloading maps to uploading photos and videos to social media. 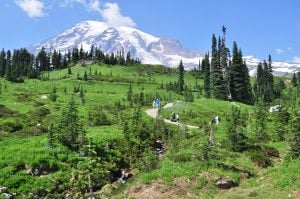 Aside from WiFi hotspots, cell phone towers in the backcountry have been the spark of a whole other debate.  In the last few years they have been popping up at national parks across the country with six in Yellowstone National Park alone.  Other places like Mount Rainier National Park have cell phone towers just outside of the park with limited and available coverage depending on where you’re located.

Should WiFi be available in National Parks?  If so, should it be free to connect?

There are valid points on both sides.  National Parks are meant for disconnecting but the convenience and wealth of information that the internet offers can be helpful and even potentially life-saving.

What do you think? We’d love to hear your opinion in the comments below.

You may also like: Get The Most Out Of Your WiFi On The Road