You are here: Home / RV News / Newmar Introduces Upgrades; Changes to 2017 Motor Coach Lines
This post may contain affiliate links or mention our own products, please check out our disclosure policy here. 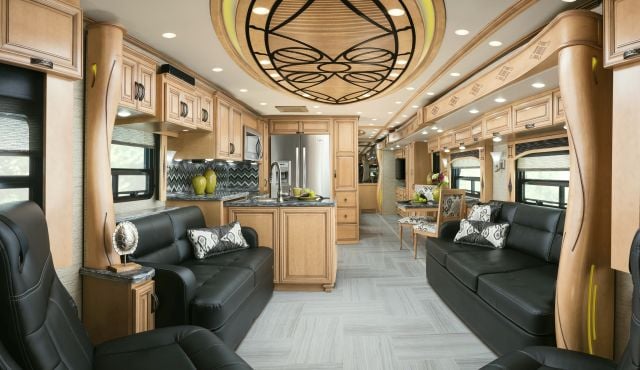 The interior of the 2017 London Aire. This is just one example of the many new floorplans in the 2017 Newmar line.

RVers in the market for a new motor coach this year should expect to see a plethora of upgrades across Newmar’s series of Class A models that includes several new floorplans, interior design features, as well as an all-new 2017 King Aire at the top of its Luxury Coach Line. The company introduced the changes early April at its annual dealer meeting at the Gaylord Palms Resort in Orlando, FL.

The 2017 King Aire, which features a full redesign as far as the front cab, starts with quality from the bottom up. The luxury coach now rides on what Newmar calls the Star Foundation (introduced in 2016), which is a solid steel structure welded on to the chassis to enhance body strength and stability, while another significant highlight is a new automotive-style driver’s console. In addition to leather stitching in the finish and ambient LED lighting, drivers will appreciate its ergonomic design, which offers easy accessibility to the featured digital instrumentation, which replaces traditional analogue gauges (found on previous-generation Newmar dashes). 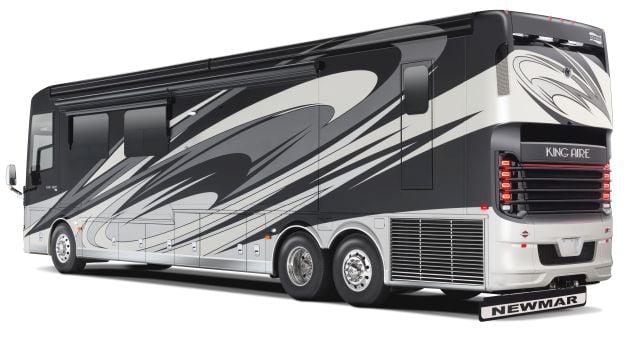 The exterior of the 2017 King Aire. “Consumers will certainly take notice of the interior and exterior designs, as well as the new paint schemes,” says John Sammut, Director of Marketing for Newmar.

“The instrumentation is really what is new and improved when it comes to previous King Aire dash designs,” said John Sammut, Director of Marketing for Newmar Corp. “The digital dash is very well lit, all electronic and very visual as it clearly informs the driver of everything that is going on during travel. The newly-designed front cap allowed us to include an adaptive cruise control system that has many features such as the ability to maintain a certain (and safe) distance from coaches (or other vehicles) in front of RVers when the cruise is being used.” 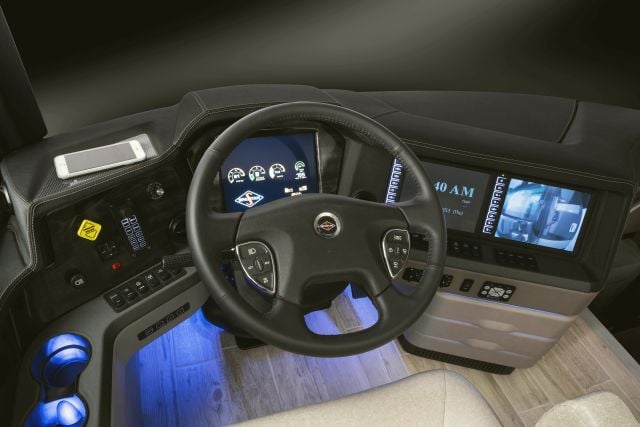 The new digital dash design in the King Aire.

“Over half of our floorplans are new for 2017, including a new bath model in five of our brands that features two full bathrooms with showers, which, to my knowledge has never been done in the motorhome segment. As some families travel with children, this is a very excellent idea,” added Sammut.

“Consumers will certainly take notice of the interior and exterior designs, as well as the new paint schemes,” said Sammut. “Plus, a lot of features and options that were once only associated in our higher-end models are now offered in our more affordable class A lines for 2017.”

If you have any questions about the company`s new series or wish to join in on Newmar discussions with other owners be sure to go to www.irv2.com