You are here: Home / Blog / One Fantastic Week
This post may contain affiliate links or mention our own products, please check out our disclosure policy here. 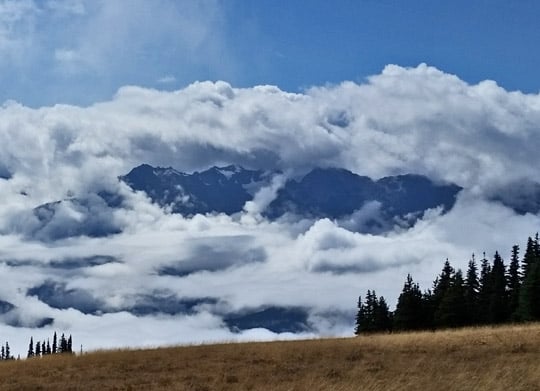 Since I left Michigan 29 years ago (Wow! Has it been that long!), it has been a rare occasion that family members could just drop on by. This week was a wonder and so much fun. It all started when I got a phone call on Monday morning last week from my only granddaughter, Rebecca. She and friend Evin were headed to the Pacific Coast to build some camping memories but the weather was not cooperating. Between raindrops, we met at the local IHOP and had lunch. They filled me in on their plans at a mile a minute so I could worry about them for the rest of the week, but that was o.k. because I seldom know what they are doing ahead of time so I can worry about them. They were going to come to my new abode Saturday morning, hoping for showers before her parents arrived. 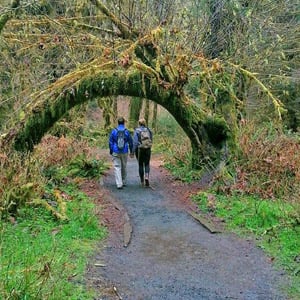 Friday morning I got a phone call from Becca saying they were back and could they get those showers a day early. While they shed mud, skin from their blisters, and recounted the harrowing account of only 35 miles of hiking as opposed to the 70 they had planned, I fixed one of those “whatever I have in the freezer” lunches. With the kids already here, daughter and son-in-law, Jan and Bill, decided to drive the first of their 7 hour trip from eastern WA, by leaving home Friday night. In the meantime, the kids helped me with part of the “to do” list that I had prepared for the four of them for the Labor Day weekend. The kids crashed with their camping equipment on what they considered my super soft carpeting (after sleeping on the beach and in the woods).

Jan and Bill arrived Saturday just as we were finishing breakfast and I put the stew in the Crockpot to cook. I gave up getting my shower until beyond lunch. Funny, apparently I have finally reached a point in life where these things were not throwing me into a tizzy. I had thrown in a little beef, a little chicken, a few canned vegetables, a pkg of stew seasoning, and a box of Quinoa for thickening. I had not used that before but it worked fine. It was enough to feed everybody and nobody got sick. That is always amazing to me and probably amazes them as well. 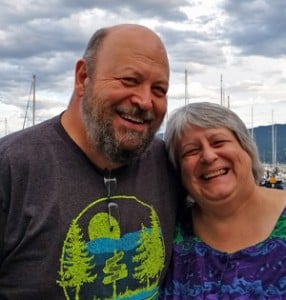 They worked on making the corner shelves and a pole to fit in my bathtub so I have a place to put toiletries, moving my bed, bringing up the three chairs I had just bought second hand, along with a small outside table and plant for the balcony. Janet set up my new wireless printer. If you are still awake, I won’t bore you with all the rest of the stuff they showed me either how to use or put batteries in, or whatever I needed done. Becca and Evin returned to their various Seattle abodes by late afternoon.

Jan and Bill and I went for a drive to the Dungeness Spit for a view of the Sound and took a snake-inspired route over to the John Wayne Marina for a bite to eat at the Dockside Grill. It was the quiet time of the day to view the beautiful marina and all the boats; the food was fantastic; and I still had two out of six kids with me. For what more could I ask? 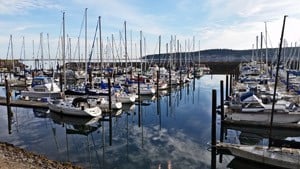 They came over early on Sunday morning and I fixed breakfast. They did a couple more things for me, and we took off driving through major curves and major clouds up to Hurricane Ridge, a beautiful part of the Olympic National Park. I tried to get in with my Escapee Membership Card but they weren’t having any of it but since I couldn’t find my Golden Age card which I used a week ago, the guard kindly accepted my driver’s license as proof I was old and within the age group.

We finally climbed out of the clouds into a magnificent scene of what looked like white cotton balls bouncing in and around the blue mountain glaciered peaks. Wow! With deer wandering up the mountain in the distance and happy people oohing and aahing over the view, it was a terrific ending to three beautiful days. The kids left after they dropped me off. On Monday I did not Labor, I crashed.  God Bless and Happy Birthday today, Becca.