You are here: Home / Departments / RV Industry News / Oregon Parks Director Retires
This post may contain affiliate links or mention our own products, please check out our disclosure policy here. 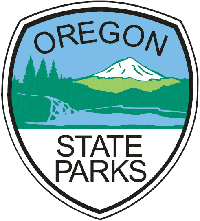 Tim Wood will retire as director of the Oregon Parks and Recreation Department on Jan. 10.  Wood became director in 2004 after joining the department in 1998 as operational manager. Before coming to the park system, he had a career in the U.S. Army, including service as commander of the Portland district of the U.S. Army Corps of Engineers.