You are here: Home / Departments / RV Industry News / Prison History is Carved in Granite
This post may contain affiliate links or mention our own products, please check out our disclosure policy here. 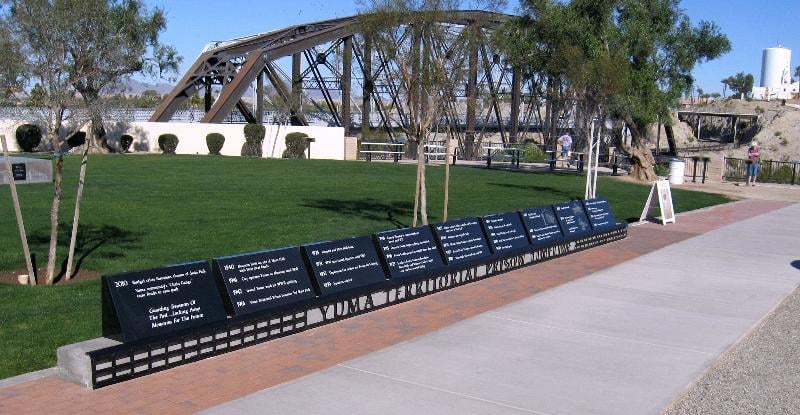 YUMA, ARIZONA – Being known as a hard place to do hard time is why Yuma Territorial Prison’s name was etched in history – and is still known worldwide today through movies like 3:10 to Yuma. Now its brief but infamous history as the hoosegow that held the Old West’s worst desperados is carved in stone as hard as the Prison’s own reputation. 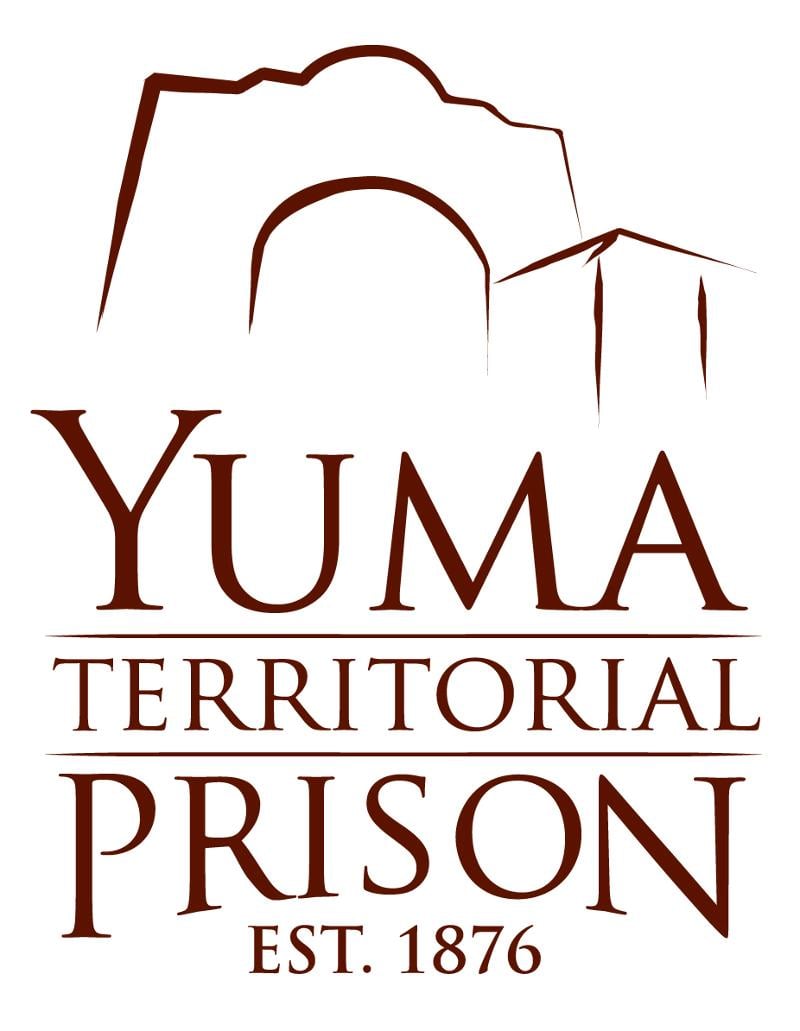 A new Prison timeline on beveled granite panels notes milestones from 1875, when construction of the prison was authorized by the Territorial Legislature, through 2010, when the Yuma community formed “Chain Gangs” to raise money to keep the park open in the face of a state budget crunch. The granite panels replace a popular feature that was part of a deteriorating sidewalk within the park.

“The Prison timeline has been a favorite of visitors, but the concrete had degraded so much that the timeline was unreadable, so we knew we had to fix it,” said Charles Flynn, executive director of Yuma Crossing National Heritage Area, which now manages the park. Heritage Area staff worked with the Arizona State Parks and the Arizona State Historic Preservation Office to come up with a new design that met several goals.

“First, we needed a smooth and much wider sidewalk to accommodate winter crowds. Second, we wanted a timeline that would last longer and be easier to maintain,” Flynn said. “Our solution was to carve the timeline not into the sidewalk itself but on panels that were installed along the walkway in the same location.”

Local craftsmen from Colorado River Stone and Granite were tasked with carving the history of the prison onto the panels, installed earlier this month along with a decorative iron legend that echoes the strap iron construction of the Prison’s cell doors.

Flynn noted that the new timeline is just the most recent of many improvements made to the grounds, buildings and museum since operation of the park was transferred in 2010, including the recent restoration of the original adobe gateway or sally port and a new digital exhibit detailing prominent Mormons who were incarcerated for polygamy. Those improvements have been supported by an annual “3:10 to Yuma” fundraiser, along with capital funding from Arizona State Parks.

“We’ve proud to say that the Territorial Prison is now self-sustaining in terms of day-to-day operations,” Flynn added, “but strong support from the community is always going to be critical if we are going to preserve and continue to improve a site that’s such an iconic part of Yuma’s history and holds such a place in the heart of its citizens.”

So important, in fact, that the community’s ongoing mission is now set in stone as the most recent entry on the Prison’s new timeline: “Guarding Treasures Of The Past … Locking Away Memories For The Future”.