You are here: Home / Top Stories / Interior Secretary Calls For Privatizing National Park Campgrounds
This post may contain affiliate links or mention our own products, please check out our disclosure policy here.

The call for privatizing national park campgrounds is getting louder. Last week, the Trump administration’s Interior Secretary Ryan Zinke met with the Recreational Vehicle Industry Association. He told attendees, “I don’t want to be in the business of running campgrounds. My folks will never be as good as you are.” 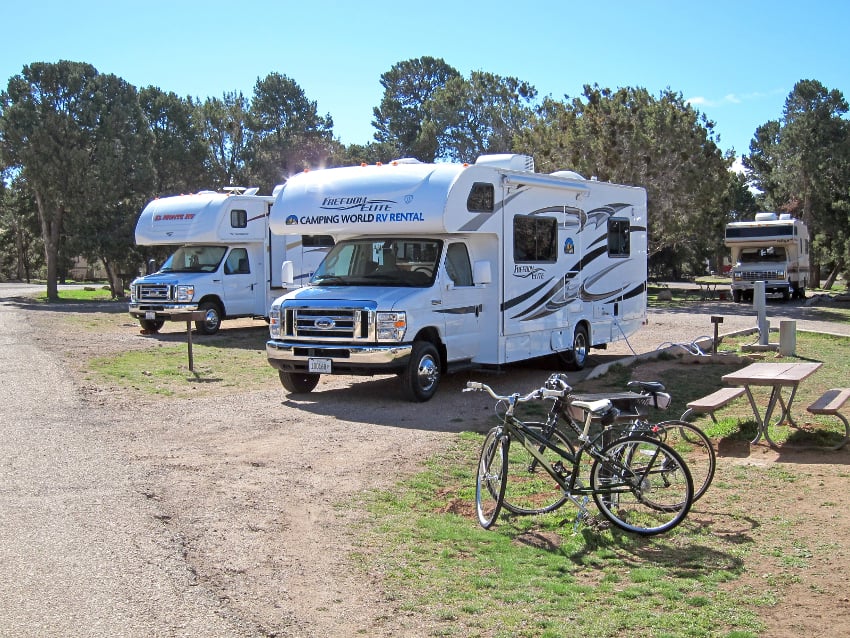 According to E&E News, a media source focused on energy and the environment, Zinke wants to help the National Park Service budget partly by outsourcing. He wants more campground management roles, transportation and telecommunications functions given to private industry contractors. “We are going to have more public-private partnerships soon. I think that’s where the industry should be going,” Zinke told RVIA attendees at the special luncheon. The interior secretary stressed that the RV park industry “knows the market better.” He wants private industry should have more of a role in America’s National Parks.

Outsourcing to privately-owned businesses is nothing new in public parks. Concessionaire companies oversee many campgrounds throughout the National Park System. As their role has increased, the top four concessionaires in America’s national parks have given over $500,000 to politicians since 2010, according to the Center for American Progress.

If Congress approves the Trump administration’s budget request for the Interior Department, concessionaires could manage even more functions. The National Park Service (NPS) could be forced to obtain outside help in many new areas. The Interior Department budget request would slash $360 million from the National Parks Service. It would cut about 1,242 full-time positions, according to the NPS.

“At this funding level, nearly 90 percent of parks would reduce their current staffing levels, leading to a reduction in services to the public. Likewise, support programs would also experience staffing and service level reductions, which further impacts parks,” writes the NPS in its 498-page 2018 Budget Justifications document. It goes on to explain that, “To further reduce costs, the NPS would utilize various strategies on a park-by-park basis, which may include limiting the use of or closing certain areas, such as campgrounds and facilities, and reducing, adjusting, or eliminating hours of operations and visitor services in times of low visitation.”

The U.S. Forest Service and many other state-owned parks are currently leading the way in park privatization. For example, last year the state of Alaska outsourced all operations of four Valdez-area state parks. In Idaho, nearly 200 acres of Redfish Lake Recreation Area is leased to a private company, according to the Idaho Statesman.

Some people believe outsourcing to private industry sounds like a good plan. But many opponents decry the move. In the iRV2 Forums community, going beyond concessionaire campgrounds and privatizing federal public lands is a hot topic. Forums member Twinbridges writes:

“We are the stewards of these lands, and it is our responsibility to protect them for future generations. We do not need and must not see them as some expedite solution for profit.”

“With fees set at the proper level, the owners can keep the lower classes from trashing everything in sight by making it too pricey for them to enter. And use the money to make massive improvements, like more RV parks, higher quality hotels and restaurants, more shopping without driving miles to some ‘park boundary’.”

Concessionaires in parks have a unique arrangement that differs from other privately-owned for-profit businesses. American taxpayers currently pay for maintenance on many of the buildings and infrastructure in concessionaire-operated locations. “Concessionaires are quietly reaping the benefits of operating in national parks without fully absorbing the costs,” explains the the Center for American Progress. “Concessionaires, not taxpayers, must be responsible for the maintenance of the facilities in which they make billions of dollars each year.”

In the coming weeks, the future of privatizing national park campgrounds could be revealed to the American public.