You are here: Home / Blog / Remember the Five and Dime Store?
This post may contain affiliate links or mention our own products, please check out our disclosure policy here. 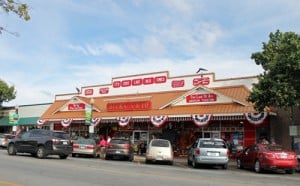 When I grew up, we had Five and Dime Stores. In Little Rock, there were big stores like Woolworth and Kresge and in my small hometown,we had family-owned stores. That was before discount chains popped up across America. Some might have called them variety stores because the middle class shopped at these stores for everything from housewares and kitchen utensils to linens, basic clothing (especially the underwear department), shoes, school and art supplies, toys, and candy. The name “Five and Dime” fit because most items on the shelves and in store bins sold for a nickel or a dime. Even as late as the early sixties, when the chain stores had started carrying higher-priced merchandise, old variety stores were still called “dime stores.” They were located in downtowns—even of small towns—long before shopping centers on the edges of towns and cities were a part of the American shopping scene.

Many of the larger stores had snack bars or lunch counters. None in Heber Springs, but I remember sitting on shiny silver stools with red leather seats in a Woolworth in the big city of Little Rock. In fact, as late as the 1980s, we had lunch at one of those counters in a Woolworth in Brownsville, Texas. Walmart, the retail giant of today started in a five and dime store in Bentonville, Arkansas. Most of the old-styled variety stores are gone—crowded out by big box stores and shops like Dollar Tree, all located in shopping malls. 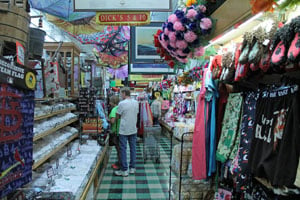 However, Dick’s 5 & 10, a landmark on Main Street in Historic Downtown Branson, Missouri, has been an icon for the entertainment town for over 50 years. The store is nostalgia for those who remember the old-time five and dime stores. However, the store’s aisles trailing over green and cream-colored block-patterned linoleum straight out of the 1950s creates memories for a new generation. 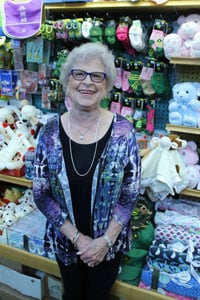 June Hartley, co-founder with her husband Dick, of Dick’s 5 & 10 Store

Dick Hartley, co-founder of Dick’s 5 & 10 Store, along with his wife June, grew up in Springfield, Missouri. After his discharge from the U.S. Army following World War II, he returned to Springfield and graduated from Drury College with a degree in economics. Due to limited opportunities for employment in southwest Missouri, Dick made a difficult decision to leave family and friends and move to Chicago. He rented a room at a YMCA in the city and took a job with S.S. Kresge Company, one of the major five and dime stores nationwide. On that job, he learned the variety store business from the ground up. In 1956, Dick accepted a management position with TG&Y Variety Stores and moved to Midwest City, Oklahoma. Shortly after, he met June Spickard, also a Springfield native and the two were married in 1959. After being transferred to Norman, Oklahoma, Dick determined that if he had to work seven days a week, he wanted to be his own boss. June agreed that together they would take on the challenge of establishing their five and dime store. The next big decision—and ultimately one of the biggest of their lives—was where to locate the new business.

They considered Abilene, Kansas, because of an available building with a favorable lease opportunity. But they also talked about communities surrounding their hometown of Springfield, Missouri. Something about Branson felt right to the Hartleys. Dick believed Branson had the most upside potential of the communities they had considered. The decision was made. 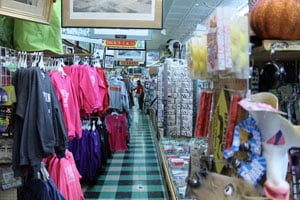 In 1961, Dick’s 5 & 10 opened in downtown Branson. Although the initial store was small, only 1,500 square feet in retail space, Dick Hartley envisioned owning and managing a well-stocked variety store where customers could find the items that met their needs. Lean years followed. Some in Branson’s retail community, as recounted in a local newspaper article some years later, expressed a lack of confidence that a five and dime could be successful in the small riverfront town. As the sole employee for several years, Dick did it all, even constructing many of his own counters for displaying merchandise. He refused to be outworked. When one of his retail competitors faltered in the early 1970’s, Dick acquired his 100-year-old building on Main Street where the 10,000 square feet store stands today.

Dick Hartley realized early on that to set himself apart in the Branson retail community, he had to present more than a store to shoppers. He started adding collections to enhance the customer’s experience. Dick first acquired and displayed the Carl Taylor White River Arrowhead Collection. Carl Taylor operated a barbershop just up the street from Dick’s 5 & 10. Taylor had collected arrowheads from the White River basin from the 1920s through 1960. This collection that Dick Hartley acquired includes only a small percent of the artifacts Taylor uncovered in the area.

Next, he added over 100 signed WWII Aviation Prints, which are autographed by the pilots and crew associated with the aircraft. Various prints with signatures include the Black Sheep Squadron, the Flying Tigers, the Memphis Belle, and the Enola Gay. Dick’s has one of the best private collections of autographed aviation prints in the country—a collection of great interest to the thousands of American veterans who visit Branson each year. This collection expands as several new prints are included each year.

Dick Hartley added a Baseball Wall of Frame, a collection of autographed portraits second only to Cooperstown, New York. Baseball enthusiasts from young to old enjoy this collection that includes portraits of Babe Ruth, Lou Gehrig, and Ty Cobb. Additional baseball pictures incorporate the starting lineup for the Big Red Machine of the mid-1970s and Dizzy Dean and the Gas House Gang from the 1930s. Other autographed sports memorabilia brings in Michael Jordan and other starters from the Chicago Bulls championship teams, as well as Muhammad Ali and Jack Dempsey. 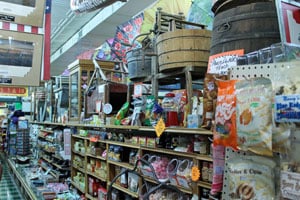 On December 9, 2006, 80-year-old Dick Hartley closed the store at 9:00 p.m. and peacefully passed away later that evening. Dick’s 5 & 10 remains family owned and operated with June still active in the business, along with her son Steve Hartley, who rejoined the family business in 1993, and son-in-law Dave Montgomery, who joined the business in 2008. 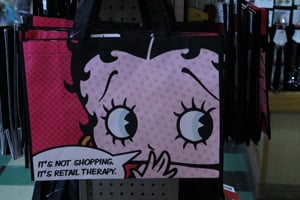 The store blends wall-to-wall nostalgia with floor to ceiling novelty. Items such as paper dolls—or even doll heads and bodies—might not readily be available in most stores. Yet, Dick’s offers practicality: sewing notions from thread to buttons, yarn, kitchen utensils and gadgets, hats and caps, games, baby bibs and related items, toiletries, linens, greeting cards, craft and art supplies, and a selection of old-time candies. Music plays in the background, reminiscent of the days of a juke box. Trains click and clack on tracks overhead. Model planes appear to soar to the ceiling. Shelves are filled with bear lamps, figurines, coffee mugs, magnets, and a collection of state thimbles and bells. Wooden and metal signs boast thoughtful or humorous quotes. 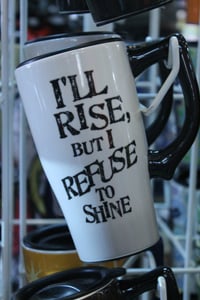 The toy aisle offers everything from yesterday’s tinker toys and Lincoln logs to Ninja Turtles and trappings of Super Heroes. The “Fun Aisle” changes items according to season and grabs the attention of customers ages five to 105. Kids still find ten-cent candy, just like the old days. Dick’s 5 & 10 is more than a shopping experience; it is a museum, a place to browse and run fingers over the hand-built 60-year old counters and fixtures. A walk back in time and absolutely the place to purchase Branson souvenirs and gifts. Dick’s 5 & 10 fulfills Dick Hartley’s vision—a destination store with something for everyone in the family.