You are here: Home / Blog / Rules of Golf Updated
This post may contain affiliate links or mention our own products, please check out our disclosure policy here. 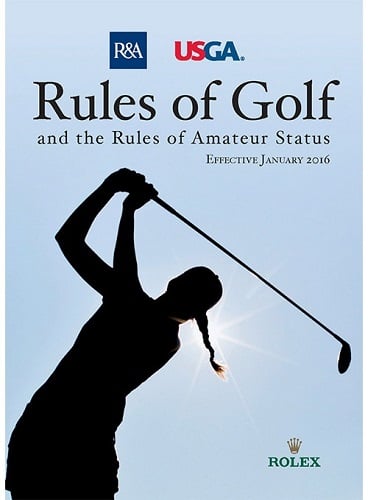 On Jan. 1, 2016, several significant Rules of Golf changes will take effect. The Rules of Golf are updated every four years by the R&A and United States Golf Association (USGA), the two governing bodies of worldwide golf.

Withdrawal of Rule on Ball Moving After Address – Rule 18-2b (Ball Moving after Address) – This rule has been withdrawn, which means that if a ball at rest moves after the player addresses it, the player is no longer automatically deemed to have caused the ball to move. A one-stroke penalty under Rule 18-2 will be applied only when the facts show that the player has caused the ball to move. The revised rule waives a penalty if the slightest movement of a golf ball can only be detected by enhanced technology.

Limited Exception to Disqualification Penalty for Submission of Incorrect Score Card – A new exception has been introduced to Rule 6-6d (Wrong Score for Hole) to provide that a player is not disqualified for returning a lower score for a hole than actually taken as a result of failing to include penalty strokes that the player did not know were incurred before returning the score card. Instead, the player incurs the penalty under the Rule that was breached and must add an additional penalty of two strokes for the score card error. In all other cases in which a player returns a score for any hole lower than actually taken, the penalty will continue to be disqualification.

Prohibition on Anchoring the Club While Making a Stroke – As announced in May 2013, the new Rule 14-1b (Anchoring the Club) – This rule prohibits anchoring the club either “directly” or by use of an “anchor point” in making a stroke. The penalty is loss of hole in match play or two strokes in stroke play.

In addition to these general rule changes, several new rules governing amateur status will also go into effect Jan. 1. They include:

• Prize Money to Charity – New Rule 3-1b enables an amateur golfer to participate in an event where prize money or its equivalent is donated to a recognized charity provided the approval of the governing body is first obtained in advance by the organizer.