You are here: Home / Top Stories / The Pump Party is Over. RV Gas and Diesel Costs are Up.
This post may contain affiliate links or mention our own products, please check out our disclosure policy here. 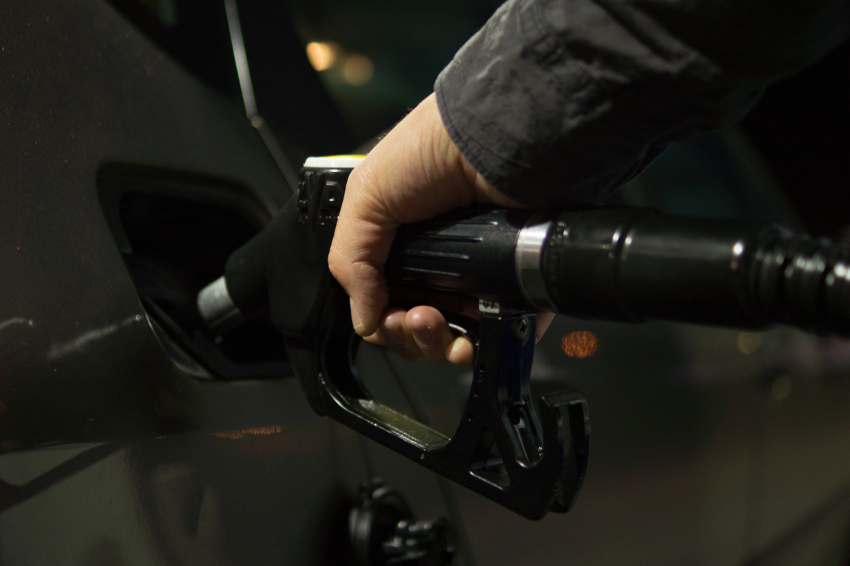 According to the U.S. Energy Information Administration, U.S. regular gasoline retail prices will go up to about $2.46/gallon (gal). Last summer they averaged $2.23/gal. The EIA considers the summer season for gasoline and diesel to run from April through September. During this time, U.S. regular gasoline retail prices will probably increase by about $.23/gallon. “. . . which, if realized, would result in the average U.S. household spending about $200 more on motor fuel in 2017 compared with 2016,” says the EIA.

Of course RVers always spend more on fuel than the typical household. For example, if your RV fuel tank capacity is 100 gallons, you’ll pay $23 more for gas each time you fill up. If you go on one weekend trip each month, that’s an increase of $276 over last year’s RV gas costs.

Costs are increasing for diesel RV owners too. The world is seeing higher wholesale diesel margins and crude oil prices. As a result, the 2017 EIA Summer Driving Report says that “retail diesel prices are forecast to be higher this summer compared with last year. Diesel fuel retail prices are projected to average $2.70/gal this summer, up from an average of $2.34/gal last summer but still below the recent five-year average of $3.36/gal.”

Some fuel analysts predict bigger changes in RV gas and fuel costs. The experts at GasBuddy.com say we’re about to endure the biggest gas price increases in three years. The website’s expert Allison Mac told the San Jose Mercury News says we may see a $.80/gallon increase over 2016. “You’ve been warned,” she told the Merc. “We will probably go up 50 to 80 cents by the very peak of this year.” If she’s right, we’ll return to pump prices hovering between $3.40 and $3.70/gallon.

Good News to Soften the Blow

“While the return to cheap gas last year may have felt as long coming as the Cubs bringing home the pennant, low gas prices are usually don’t last as long as we’d like,” says Patrick DeHann, a senior petroleum analyist at GasBuddy. “Unfortunately, as OPEC as tightened their grip on oil prices, Americans will be spending over $50 billion more this year on gasoline versus last, and unlike the Cubs winning the World Series, it may be years before some of the low prices we saw in 2016 come back.”

But wait, there’s a bit of good news in the EIA’s 2017 Gas and Diesel Forecast.

Despite this expected increase in expenditures, average household transportation expenses are forecast to be about $300 lower this year compared with average annual expenditures from 2012-16.

Where to Save on RV Gas and Diesel Costs This Summer 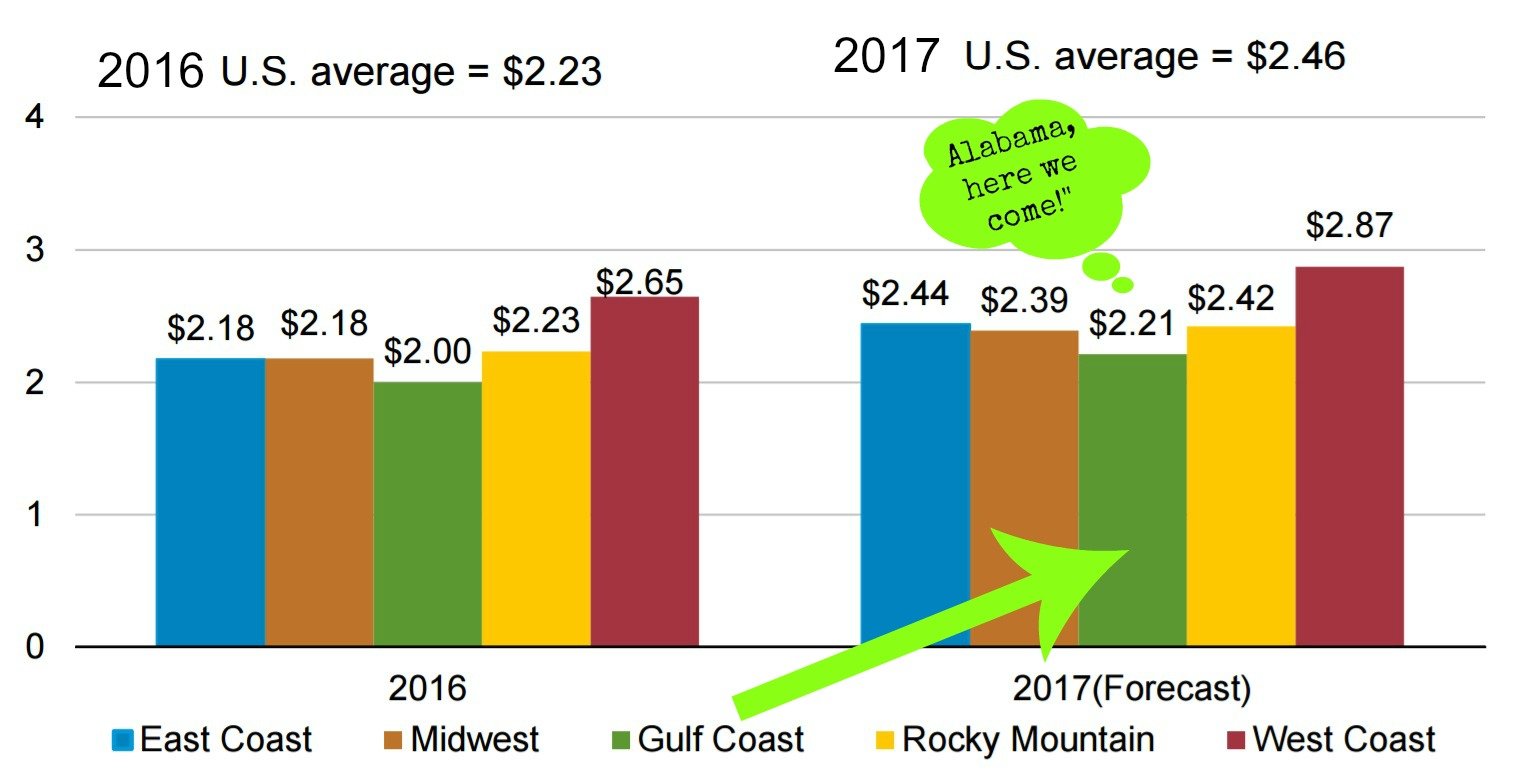 Where to find cheap gas this summer. Image: eia.gov

As any RVer knows, fuel costs fluctuate based on where you go and when. This summer the EIA says that you’ll save on RV gas and diesel costs by sticking to the Gulf Coast. Drivers there should see gas prices hover at $2.21/gal, versus the high of $2.87/gal on the West Coast. If a sweltering summer in ‘bama doesn’t rock your world, find a spot and follow our tips to beat gas pains and dig in to one location for a while.