You are here: Home / RV Lifestyle / RV History Expert Says Modern RVs Are Better Than Ever
This post may contain affiliate links or mention our own products, please check out our disclosure policy here.

RVs are officially 107 years old this year and they’ve come a long way from the original designs. Those early RV pioneers could never imagine that today our rolling homes would have luxuries like indoor plumbing, flat-screen televisions, and even fireplaces. 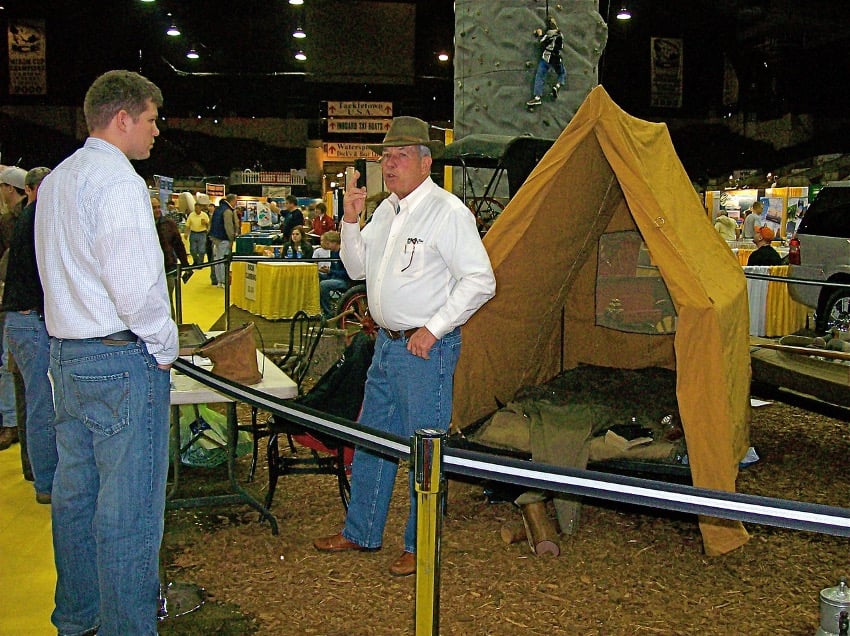 People always found a way to use cars as some form of temporary shelter, but the first “official” RV debuted in 1910. It was a Pierce-Arrow’s Touring Landau. This rustic rig “had a back seat that folded into a bed, a chamber pot toilet, and a sink that folded down from the back of the seat of the chauffeur, who was connected to his passengers via telephone,” according to Smithsonian Magazine.

RV historian David Woodworth is well-acquainted with RV changes through history. This former Baptist preacher once owned 50 RVs built between 1914 and 1937. “I had the largest collection of antique RVs in the country,” he said in an interview with RV Life. Many of his antique RVs are now inside the walls of the RV Hall of Fame in Elkhart, Indiana. The founders of this must-see RV tourist attraction worked closely with Woodworth to share how RVs have changed through the years.

Although he’s now the owner of the Tin Lizzie Inn near Yosemite National Park, in Northern California, he still enjoys discussing how RVs have touched our lives. 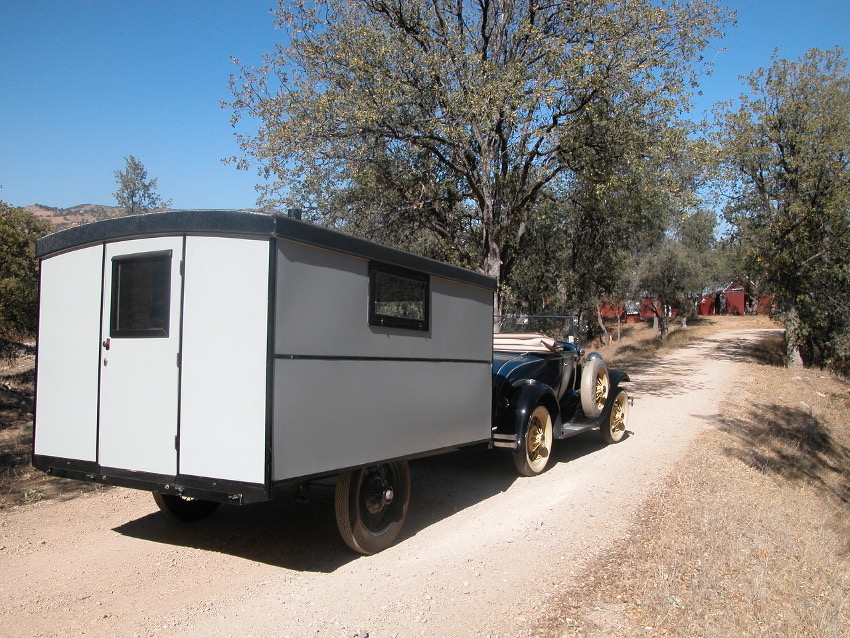 “I have always enjoyed history. When I became aware that RVing is woven into the fabric of American culture, I became immensely interested in the subject,” he explains. His passion to share the culture resulted in over a decade of annual RV history tours.

The Recreational Vehicle Institute of America (RVIA) sponsored Woodworth as America’s best RV history expert. He towed different antique trailers each year and visited as many as 15 states to educate the public about RVing.

“The National RV History Tour is equal parts education and celebration,” said Woodworth in a 2006 RVIA press release. “Most people may not know that RVing started back in the early 1900s. Nearly everything – the vehicles, the technology, even the industry itself – has changed dramatically in the past 100 years or so. But the reason so many people hit the road in RVs is the same today as it was back then: People love their freedom.”

During the early days of RVing, people would call it “auto camping”. Woodworth says, “There was a sense of discovery and freedom for the auto camper that the RVer enjoys today. In fact, it was so popular after World War I that most couples who could afford it took their honeymoons auto camping.”

A 1922 New York Times estimate claims there were about 15 million auto campers on U.S. roads. Today, nearly ten percent of American households own some type of RV. With so many design advances, it’s no wonder people love their motorhomes and towables. “Today’s RV is nicer than many homes people live in. Add to that, you (also) have the opportunity to have a new front yard and view each day,” Woodworth says.

He explains that modern RVs have more to offer than ever before. “Because of modern materials, today’s RV will last longer and provide more years of enjoyment. If you were to compare today’s RV with one just 40 years ago you will find you have more room. You can take longer showers, and you can stay cooler or warmer.”

The future of RVing looks bright. In 2015, the RVIA reported a 15.1% surge in sales over 2015 and 2017 looks even better. “The RV in the future will be more comfortable and offer more innovations than we can imagine,” says the RV history expert. “But one thing will remain constant: RVs will always allow you to be at home on the road.”