You are here: Home / Top Stories / RV Inspections, Lemon Laws, And Your Next Rig
This post may contain affiliate links or mention our own products, please check out our disclosure policy here.

The couple pulled into the RV dealership with big smiles on their faces. After a year of searching online, their dream RV was sitting in a mechanics bay, getting cleaned up and ready to go. Today they would write a check and leave with the rig on an all-new adventure.

The two full-timers thought they had done their homework. They had already owned a RV by the same manufacturer and spent the last year talking to other owners and researching the model’s pros and cons. When they finally saw the RV, it was exactly as they imagined—except for one small but curious patch on outside of the slide out’s inner wall. The service manager said he had no idea why it was there. 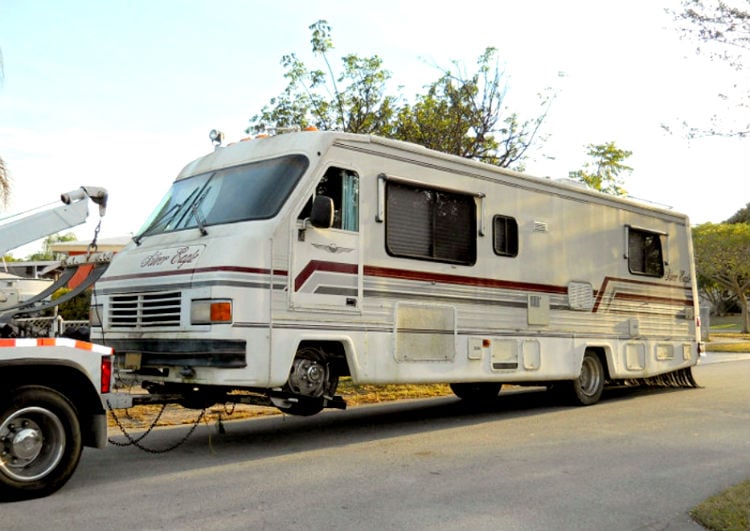 Spending a little up front on a complete RV inspection is the only assurance a buyer has against expensive problems that inevitably reveal themselves after the sale.

The couple thought it over and purchased the rig anyways. Then, about a month later when the first heavy rainfall hit and water dripped inside the rig down along the slide out, they realized why the patch was there. Clearly the previous owner had hit something with the slide.

The impact was so hard it threw the slide out off kilter, causing a gap between the RV frame and the slide ceiling. After many hours researching a solution, the husband was able to fix the problem by readusting the rail timing adjustment. During the ordeal the couple couldn’t help wondering, is this something that a RV inspector could have caught before the sale?

The reality of lemon laws and RVs 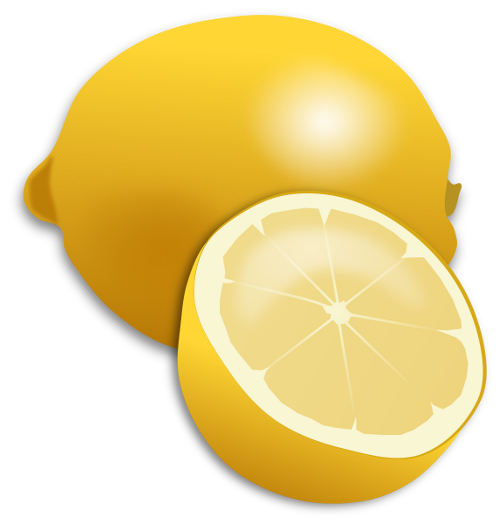 Nobody seems to know exactly how many used RVs are sold each year in the U.S. But companies like the RV Inspection Connection say that at least 60 percent of the estimated eight million RVs on the road are pre-owned. Whether the new owners buy privately or from a dealership, those who encounter expensive problems will be disappointed to learn that used RVs are rarely covered by state lemon laws like Florida’s.

If a state does offer lemon law protection for RVs, many exclusions apply. For example, only motorized recreational vehicles will be covered, but only the actual engine and chassis, not the living quarters. Sadly, most RV owners with lemon RVs will discover that the lemon law is not on their side. Even worse, they’ll eventually figure out that the problems were totally avoidable if they had hired an RV inspector before buying.

The value of RV inspections before buying

RVers are frugal by nature, so it’s understandable when they’re put off by the cost of an RV inspection. A good inspector will charge anywhere from a couple of hundred dollars to over a thousand, depending on the rig.

The majority of experienced RVers will pass on the inspection investment, but novice RVers and those who don’t like to get their hands dirty are well-advised to consider one. Spending a little up front on a complete RV inspection is the only assurance a buyer has against expensive problems that inevitably reveal themselves after the sale.

RV Inspectors run the gamut from “Generic Joe’s RV Inspection Service” to those inspectors with credentials from The National RV Inspectors Association (NRVIA), currently the most recognizable RV inspection service in the industry. The NRVIA is an association with a network of dues-paying RV inspectors that consumers and lending institutions can contact via the NRVIA’s commercial venture, “RV Inspection Connection.” 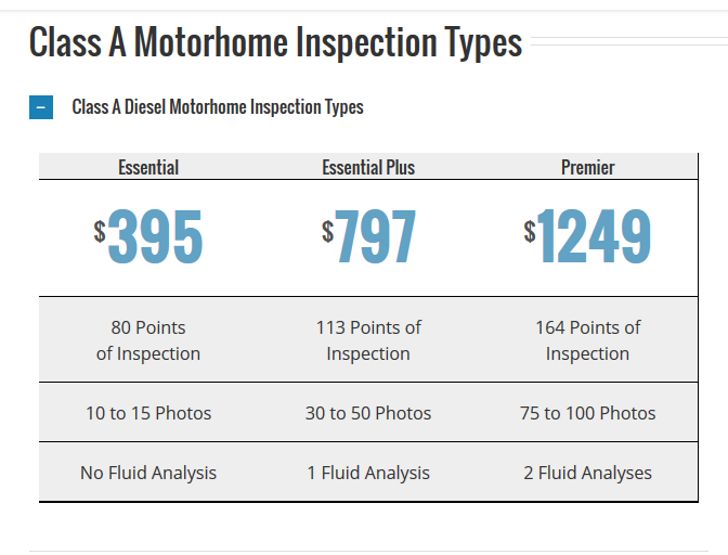 NRVIA inspectors offer three levels of service for all RVs:

The inspections vary depending on the type of RV. Here’s just one example:

You don’t have to be a math whiz to see that even a $1,249 inspection is a small price to pay when the RV of your dreams is in the shop with a $3,000 repair bill waiting for you. Despite the value, it seems that RV inspections are still the exception and not the norm. If you’re in the market for a new-to-you RV, search any RV discussion forums and you’ll find compelling evidence of the value of RV inspections. Here’s one of the best:

…The moisture was found in a 6 ft strip, about 12 at the top, running down the wall immediately behind the forward slide on the driver’s side. Monaco quickly got back to me, advising that the complete sidewall would have to be replaced and that also meant a repaint. The cost, about $25,000, but the cost could be discounts somewhat if the repair was done during the slower winter season.

In summary, I was cautious and did the work required to do a professional inspection of the coach and chassis. I spent $730, which seemed to me to be greatly overpriced but ended up potentially saving myself tens of thousands of dollars and many sleepless nights.

Buying a second-hand RV is a wise move and can save you thousands of dollars—but can just as easily cost you twice (or more) that if your rig ends up being a lemon. If you’re in the market for another RV, don’t spend a dollar on one until you visit RV discussion forums and ask others for reliable, skilled RV inspectors in the state where your dream rig is located.