Ready to pack up your RV and escape from the clutches of Old Man Winter this snowbird season? Well according to the The Farmer’s Almanac 2016 winter forecast, you’re going to need to put a lot of gas in the tank and really far south to stay warm. 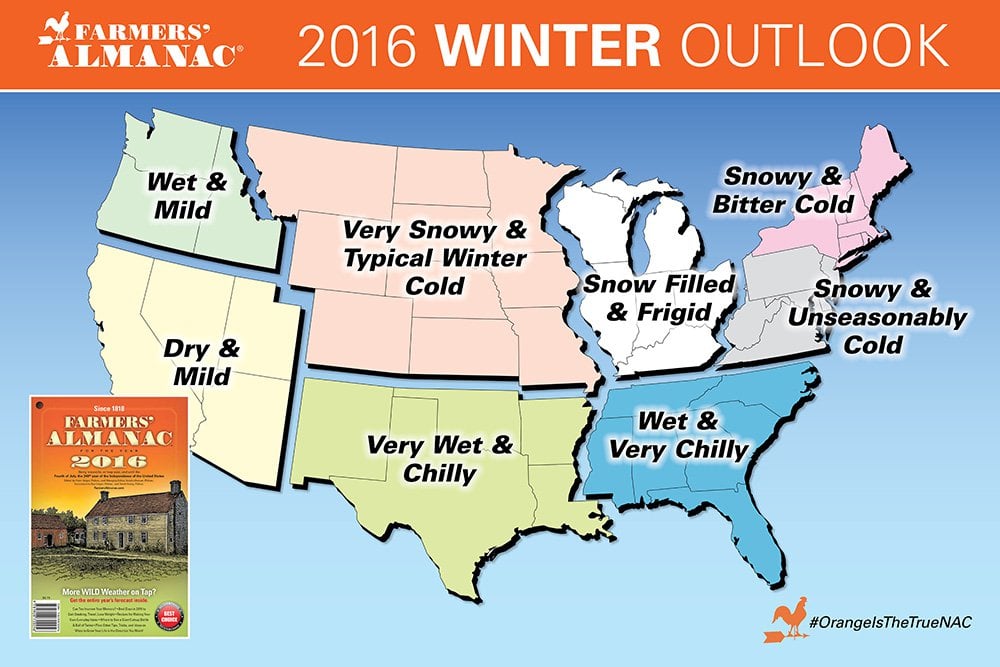 Winter 2016 in North America is going to be a repeat of last year’s snowbird season says the world famous Farmer’s Almanac. “Depending on where you live and how much cold and snow you like, we have bad news and we have good news,” says Farmer’s Almanac editor Peter Geiger from the Almanac’s Dublin, New Hampshire headquarters.

The popular snowbird RVer destinations of Georgia, Florida and the Gulf Coast are going to see not just a whole lot of rain but very chilly temperatures too. “An active storm track will bring above-normal precipitation to the Southeast States, as well as the Mississippi Valley, Southern Great Plains, the Gulf Coast, and along the Atlantic Seaboard,” says the Almanac.

Snowbird RVers lucky enough to duck out of winter in Southern California and Arizona can expect dry and sunny weather but anyone headed to New Mexico, Texas or Louisiana better get their woolies on because things are going to be very, very cold and wet. Experts predict there will be no respite from the chill, even in the sunny south Texas region of the Rio Grande Valley. 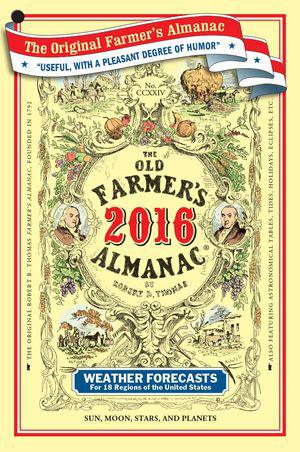 How do they do it? According to their experts, Farmers’ Almanac weather predictions are based on a secret mathematical and astronomical formula. Developed in 1818 by David Young, the Almanac‘s first editor, this formula takes many factors into consideration, including:

Since 1818 Farmer’s Almanac has kept the “and more!” part extremely secret. “This carefully guarded formula has been passed along from calculator to calculator and has never been revealed,” they write. However they clarify that predictions are more science-based than people think.

Get Your RV Ready for Winter

No matter where you travel this snowbird season, there are steps you can take to beat Old Man Winter at his game. Watch for this Thursday’s iRV2 blog post about surviving winter in your RV for tips about keeping you and your RV systems toasty and happy.