You are here: Home / Blog / RV Travel Tales: A Perchance Meeting in Cooke City, Montana
This post may contain affiliate links or mention our own products, please check out our disclosure policy here. 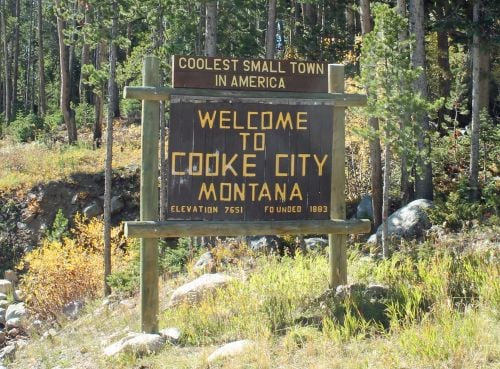 It was serendipity—or perhaps destiny—that I met Turtle at his workplace, The Soda Butte Inn and Prospector Restaurant in Cooke City, Montana. We laughed over the fact that we had been neighbors—he from Texas; me from Arkansas. When one is four long driving days from home, adjoining states count as neighbors. As least, Turtle and I talked with the same accent!

In our brief encounter, Turtle told me his story. At age 41, he has the spine of an 80-year-old man, so he’s been told by his doctor. Although muscular, he said back in Texas he had weighed 400 pounds. “I did not even realize I carried that weight until I was hospitalized for chest pain,” he said. 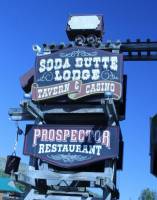 Now trim, his face covered with a mountain-man black beard and his eyes twinkling with optimism, he continued his story: “I lived in Lubbock, in a dry, hot climate with little rainfall. I longed for moisture—for snow. I determined to change my life by moving to Cooke City.”

He went on to say that friends and family called him “…crazy. That making such a move was something folks did in retirement, perhaps traveling in an RV.

“With stenosis in my spine, I could not postpone adventures,” Turtle said. “I knew that in my retirement years, I would not be physically able to make a move.”

And with his story, Turtle introduced me to Cooke City, a mountain hamlet of about 100 year-round residents. Population swells to 300 during summertime. Poised four miles from the Northeast Entrance to Yellowstone National Park, and surrounded by Custer, Shoshone, and Gallatin National Forests, most fair-weather visitors like Lee and me, merely pass through on a drive over the Beartooth Highway, a National Scenic Byways All-American Road. Others make Cooke City a destination for fishing, camping, and hiking. With the first snowfall, the Beartooth closes a few miles east of Cooke City. Visitors seeking winter sports of skiing and snowmobiling, or perhaps, winter photography, must travel from Livingston, Montana, to Gardiner, and enter Yellowstone for a road that is maintained to Cooke City during the winter.

Founded as a mining town back in 1870, Cooke City was first called Galena or Shoofly. Sometimes folks just referred to the settlement as “Miners Camp.” On February 1, 1882, the town was officially named Cooke City in honor of Jay Cooke, Jr., a Pacific Railroad contractor and son of an investor in the Northern Pacific Railroad. Jay Cooke was promoting the promise of development with a needed railroad to this remote mountain town. However, the railroad never laid tracks to Cooke City. Like most western mining towns, the population fluctuated according to the mining developments or failures. At the time when the town was platted in 1883, over 200 inhabitants created a lively community that had two smelters, two sawmills, three general stores, two hotels, two livery stables, and a local meat market. Although the residents of today depend on tourism rather than mining, the remains of still-hopeful mining claims sit silent on the northern mountain range.

Turtle says cabins and accommodations along the main thoroughfare in Cooke City are filled even in the wintertime. His job at the Soda Butte Inn requires physical work, including shoveling several feet of snow to make a path to a cabin—and then shoveling it again the next day following a nighttime snow storm. He knows he cannot always do the handy-man and maintenance work in his job description. He plans to educate himself for front desk work—or some other job less physical. However, this Texas boy now makes his home in the remote town of Cooke City with the motto: “The Coolest Small Town in America.” Interpret that slogan as you wish—but for Turtle, I think it means that high on a mountainside at the beginning of the Scenic Byways All-American Beartooth Highway is a special place to live one’s dreams.