You are here: Home / Blog / RV Travel Tales: Danville, Kentucky—The City of Firsts and Its Stories
This post may contain affiliate links or mention our own products, please check out our disclosure policy here. 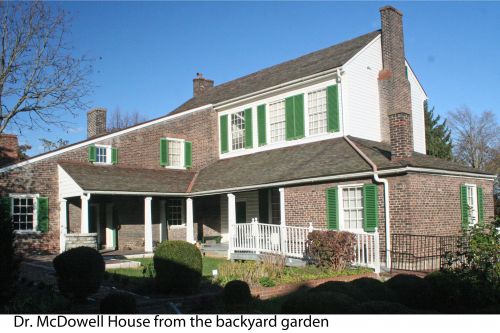 One crisp autumn Saturday, we traveled from our home base in Campbellsville, Kentucky, to Danville, known as the “City of Firsts.” Established as a town in Virginia in 1787, Danville became a part of the Commonwealth when Kentucky became a state in 1792. Danville boasts the first Courthouse in Kentucky (1785), the first U.S. Post Office west of the Alleghenies (1792), the first Capital of Kentucky (1785), and the first Political Club in the West (1786). Danville was also the location of the first college in the West (1783) and the first law school in the West (1799). The first state-supported School for the Deaf opened in Danville in 1823. The development of education for blacks is among other “firsts” in Danville, Kentucky. The town was the site of the first black home school in Boyle County, taught by Willis Russell, a teacher listed in the 1850 census. The city’s Federation of Women’s Clubs established the first kindergarten for blacks. In 1881, John W. Bate founded Danville’s first public school for blacks.

Not to take away from these numerous historic firsts documented with signage and restored buildings on the city’s Constitution Square, my interest leaped ahead to the stories of a place and its people. In 1809, Danville’s own Dr. Ephraim McDowell became the first physician in the world to successfully remove an ovarian tumor. His patient was Mrs. Jane Todd Crawford. We toured the Dr. McDowell house with a remarkable young guide, Beth Barefield from Houston, Texas. (She is a student at Centre College, a well-accredited liberal college with enrollment of less than 1400 and known to the world as the site of two presidential debates.)

Ms. Barefield told interesting stories about the house and the McDowell family that occupied it. Mrs. Crawford, the woman on whom Dr. McDowell performed the surgery, assumed she was carrying twins. After at least eight months, she called for the services of Dr. McDowell at her home. The doctor asked permission from her husband to examine her; in that day, a male doctor did not perform a physical examination of a woman. Dr. McDowell discovered Mrs. Crawford’s extended abdomen held a tumor, not two babies. He told Mrs. Crawford that, if she would travel to his home, he would perform the experimental surgery to remove the tumor. Without the surgery, she would die, but there was no guarantee she would live through the procedure, or afterward if infection set in.  Mrs. Crawford rode on horseback, alone except for the companionship of one maid, at least 60 miles from Green County to Dr. McDowell’s home in Danville, leaving behind a husband and four children.

What faith and courage that woman had! I wondered what the husband and children thought as she rode away. Would they see her again? What was in the woman’s mind? Would she live or die?

Did her husband and children know if the surgery was successful? In those days, there were no phones. Danville had an established post office, but was there one accessible to Mrs. Crawford’s home?  Did they receive any message before the wife and mother rode back to her home almost a month later?

The docent took us into a bedroom where the surgery had been performed on Christmas Day, 1809. She said Dr. McDowell made a nine-inch incision, but the tumor was too big to remove. He drained approximately 15 pounds of fluid from the tumor, and then removed another seven pounds of the tissue. Mrs. Crawford recited scripture and sang hymns during the surgery; there was no anesthesia. I cannot imagine the courage and faith that 42-year-old mother had to go through such an ordeal. After the surgery, Dr. McDowell expected infection to set in, but within days, Mrs. Crawford was up and feeling well. Twenty-five days later, she returned on horseback to her home in Green County. She outlived Dr. McDowell.

Little is known about Dr. McDowell’s education. The good doctor also performed surgery on a seventeen-year-old to remove a urinary stone and repair a hernia. That teenager, James Polk, grew up to become the 11th President of the United States.

Dr. McDowell served people of great faith. He, as a man, had a strong faith. Before each surgery, he wrote out a prayer and tucked it into his pocket. The prayer he wrote before Mrs. Crawford’s surgery follows:

“Almighty God be with me, I humbly beseech Thee in this attendance in Thy holy hour; give me becoming awe of Thy presence, and grant me Thy direction and aid.  I beseech Thee, that in confessing I may be humble and truly penitent in prayer, serious and evout in praises, grateful and sincere, and in hearing Thy word attentive and willing and desirous to be instructed.  Direct me, Oh! God, in performing this operation, for I am but an instrument in Thy hands, and am but Thy servant, and if it is Thy will, Oh! Spare this poor afflicted woman.  Oh! Give me true faith in the atonement of Thy Son, Jesus Christ, or a love sufficient to procure Thy favor and blessing, that worshiping Thee in spirit and in truth my services may be accepted through this all-sufficient merit.  Amen.”

I am privileged to travel and discover people such as Jane Todd and Dr. Ephraim McDowell. A mere peek into their lives is an inspiration.