You are here: Home / Blog / RV Travel Tales: Greeting Spring Internationally
This post may contain affiliate links or mention our own products, please check out our disclosure policy here. 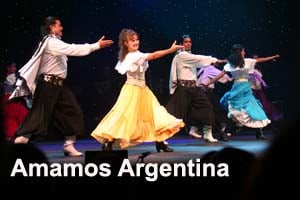 Every year, Lee and I welcome spring at Silver Dollar City’s World-Fest in Branson, Missouri. April of 2013 was no exception. The window for this opportunity is short on the calendar, so we planned to go on opening day.

We started our morning at the Gazebo on the City’s Town Square with Streichmusik Alder, an act from Switzerland new to World-Fest 2013. Since Lee’s mother emigrated from Switzerland with her family at age nine, we were especially drawn to the Alder family, their music and their culture. Founded by their great-grandfather in 1884, the musicians on stage represented several generations of the family. Their spokesman explained that the musicians had “day jobs,” ranging from dairy and beef farmers to a life insurance agent, a gardener, and a mailman. The men wore costumes typical of Swiss farmers: gold buckled boots, suspenders with emblems of cows, and watch chains draping the front of their trousers. Each man wore a single gold spoon earring to signify the cream from the milk of their dairy cows. At one point, they yodeled to the accompaniment of spinning coins in ceramic bowls.

The group played Alpine folk music handed down from their great grandfather, emphasized with their unique style of yodeling. Their instruments included a hammered dulcimer, an accordion, and a bass fiddle. One musician demonstrated the Alpine horn, explaining that for generations farmers had blown the horn to say “good morning” and “good night” to folks on neighboring mountain-slope farms.

Before lunch, we descended the winding walkway to Dockside Theatre to hear Trio Voronezh, named for the conservatory where they trained in Voronezh, Russia. The three musicians performed classical, folk, and contemporary music on their traditional Russian instruments: the double-bass balalaika, a three-stringed triangular instrument comparable to the bass fiddle in blue grass music; the domra, another three-stringed instrument akin to a mandolin; and the bajan, a chromatic-button accordion with various registers, including the sounds of a pipe organ. The Trio presented  musical mastery of their instruments, but they also brought their melodies, arpeggios, and trills to life with animated faces and body language.

The three men played a diverse repertoire, many of their selections classical works from masters such as Bach, Vivaldi, Tchaikovsky, and Stravinsky. Yet, the music took on a contemporary tone. Once again, I was reminded that despite language barriers, emotion and interpretation of music is universal. We enjoyed this act so much that we went to two performances and purchased their music on a CD.

During the afternoon, we took in two more productions; first at Riverfront Playhouse, the music and dances of Samoa, Tahiti, Hawaii, and New Zealand set against a backdrop of a sunset over the ocean. In a show called “Island Fire,” beautiful girls with long, black hair and swiveling hips alternated dances with dark-skinned young men in performances of their particular culture. They used sticks, coconut shells, and fire knives in their act. Authentic colorful costumes of the tropics and a set designed around a reproduced hut with a grass roof set the mood for music and culture of the Polynesian Islands. In one dance typical of New Zealand, the men portrayed anger in temporary face tattoos. The emcee announced that in previous generations, the men actually had face tattoos.

The Island Fire production also featured World Fire Knife Champion Anelu Iakopo in an exhibition of dancing flames. The dramatic showmanship of Iakapo was accentuated when he revealed a sharp knife on one end of his fiery baton. In one segment, the dancers stood back-to-back and twirled fire, and in another, dancers twirled fire on their feet.

From Riverfront Playhouse, we trekked uphill to see Los Pampas Gauchos at the Opera House. The twelve-member group called Amamos Argentina staged an energetic blend of drums, dancing, and comedy. The women in colorful skirts swirling over petticoats and the men in black baggy pants topped with white shirts pulled together with flashy cumber bands danced to the rhythm of drums and music from Argentine musicians. Men only danced the Malabo, a peculiar native dance to music with no lyrics and a heavy rhythmic beat. The Malabo dancers wore white gaucho boots and tap danced in energetic and complex movements. Along with dancing, they exhibited skills with boleadoras, a throwing weapon made of weights, typically balls, on the ends of interconnected cords. The boleadoras were designed to capture animals by entangling their legs.

While the synchronized steps of the dancers and the beat of the drummers fascinated the audience, the leader of their group, a young Argentine man with black, thick and curly hair, a brilliant smile, and accented English, charmed me. His humor, his personality—and his skill with a whip as he snapped a rose from the hand of someone he brought onstage from the audience—livened the performance and brought home the commonalities we have with those from other cultures.

Argentina is home to the tango, but this performance took the dance to new heights with two couples—and the females in flight. Called aerial tango, their presentation emphasized both grace and skill as the young women twirled and swished in the air at the hands of their dance partners, who kept their feet on the floor.

We returned for a second afternoon to see the Viva Italia entertain in Spettacolo Musicale on the stage of the Red Gold Heritage Hall. We had barely entered the hall when a young woman hiding her eyes behind a mask and adorned in a lavish Victorian gown approached and asked us and another couple to be “tourists” at café tables on the stage. She promised the “…best seats in the house.” Not! We saw more of the backs of the entertainers! But we played along—even when they handed straw hats to the men and masks to all four—and told us we would do the polka with the dance troupe. During the performance, someone surprisingly escorted Lee and me to a small café table at center stage. The classically trained tenor Aaron Caruso sang a love song to us—and Lee gave me a kiss behind his straw hat. The moment went by fast and we returned to side stage for the remainder of the show that included Sicilian soprano Cristina Carollo. Lee and I plan to add “stage performers” to our Workamper resume. Not!

With that climatic performance, we ended our 2013 tour of the world. But we still have the memories until next year when the dogwoods in the Ozarks bloom and the world returns to Silver Dollar City,