You are here: Home / Blog / RV Travel Tales: Visiting Norman Rockwell
This post may contain affiliate links or mention our own products, please check out our disclosure policy here. 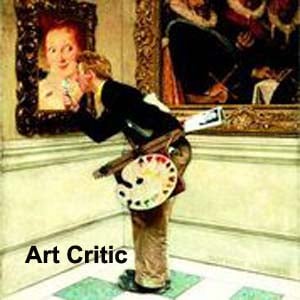 Norman Rockwell is often called: “The People’s Painter.” Americans are drawn to his work today; they were drawn to his work in ads, on greeting cards and magazine covers, and calendars and posters over a career that spanned more than 60 years in the last century. Yet, until recently his portraits of American life, American presidents, and American people came under the heading of “illustrations” rather than fine art. His art-for-hire garnered the widest audience of any New World image maker since Columbus discovered America. Yet, according to the doorkeepers of the institutional art world, he was not an artist—at least, not of fine art. 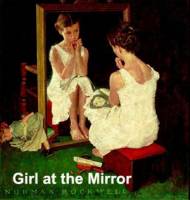 We were privileged to view a traveling exhibition of Rockwell’s paintings at Crystal Bridges Museum of American Art in Bentonville, Arkansas. American Chronicles: The Art of Norman Rockwell, organized by the Norman Rockwell Museum, Stockbridge, Mass., features 50 original Norman Rockwell paintings and a complete framed set of all 323 of Rockwell’s Saturday Evening Post covers. In addition to Crystal Bridges, the exhibit has traveled to venues that include Dayton Art Institute, Dayton, Ohio, Winnipeg Art Gallery, Canada, and Crocker Art Museum, Sacramento, California. The exhibit will travel to Frisk Center for the Visual Arts, Nashville, Tennessee, November 1, 2013, to February 9, 2014, and to Brigham Young University, Provo, Utah, November 19, 2015, to February 13, 2016. Also an exhibit: Norman Rockwell Behind the Camera will open at the McNay Museum, San Antonio, Texas, running from June 5 to September 1, 2013. In the 1930s, photographs from which Rockwell worked brought fresh realism to his paintings.

Rockwell is perhaps best known for the images he created for the covers of Saturday Evening Post, a prominent weekly news and culture magazine published from 1821 to 1969. Among the Post covers are some of Rockwell’s most recognizable images, such as the May 29, 1943 cover depicting his version of “Rosie” the Riveter (in the Crystal Bridges Collection), a tribute to the six million women who worked in manufacturing plants during the war. The painting has since become an inspiration to generations of women. Another frequently reproduced image is “The Art Critic,” (April 16, 1955) a painting in which his wife, Mary Rockwell posed for the figure in the Rubensian portrait. His own son, Jarvis, posed as the young painter inspecting the pearls on the bosom of the beauty hanging in the museum. 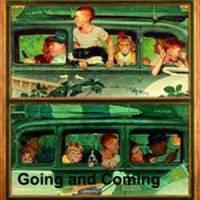 Several of Rockwell’s well-known paintings in the exhibit, include “Southern Justice,” “Girl at the Mirror,” “The Problem We All Live With,” “Triple Self-Portrait,” and a new favorite for me, “Going and Coming.” Personally, I cannot see how anyone can view the detail in his paintings and not consider Rockwell an artist. The majority of his work was lighthearted, and rather “folksy,” but his paintings always tell a story. Norman Rockwell created some 4,000 works during his lifetime, documenting American life for close to six decades. With meticulous detail, he set scenes and gathered props to create touching scenes of everyday life—children at play, families gathered for holiday dinners, or occasions of a son leaving for college or returning home to visit. Down to scruffy shoes, drooping socks, and expressions of surprise, alarm, or joy, Rockwell created a pictorial history of Americans’ lives, often using his children and those of his friends, various townspeople, and even himself and his wife as models.

For each of his paintings, Rockwell staged the scene with models, taking photographs from many different angles to get the lighting just right. He often traveled to the site of his scene, and sometimes had pieces shipped to his studio such as chairs from a New York automat for the painting, “Saying Grace.” He studied details firsthand at the Juniper Street H & H in Philadelphia. The scene in the steamy window vacillated between a view of a flower garden, of pedestrians passing on the sidewalk, or a railroad yard in an industrial district. He would often combine different elements from various photos for the final piece. The exhibition includes many of his “study shots,” as well as sketches and early drafts of some of his paintings. 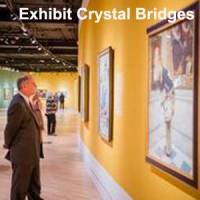 He painted milestones in a family’s life, such as a boy taking his date to a first formal dance, a young girl looking at herself in a mirror—and obviously wondering if she’ll be as pretty as the magazine picture that she holds on her lap. I had never before seen “Going and Coming,” the two-panel painting of a family leaving on a holiday in their station wagon, dad at the wheel and mom beside him, anticipating a change from everyday life. The kids—and the dog—hang out the windows in excitement, the dog’s ears flapping in the wind and the kids blowing bubbles with gum. Grandma sits stoically in the back seat, hat perched on her head. Their boat is tied to the top of the vehicle, knots perfectly formed to hold it in place. The bottom panel shows the family returning after dark. The dad is disgruntled; the mother, asleep. Kids are limply dozing and the dog pants in tiredness. Grandma sits in her same stanch position in the back seat. Who, in viewing this painting, cannot relate to the expectation of a vacation—and the reality of returning home weary and worn? Rockwell captured the American experience through his images.

Rockwell also painted powerful images documenting the American Civil Rights movement and reflections on a world at war, particularly after he left the Saturday Evening Post and began painting covers for Look. By viewing his sketches for “Southern Justice,” based on the fate of three Civil Rights workers killed for their efforts to register African-American voters, as well as Rockwell’s personal research and notes about the murders, one can see how the painting evolved in his mind throughout the creative process. Look published the unfinished sketch for the picture, preferring its raw emotion.

“The Problem We All Have” is another personal favorite in the exhibit, American Chronicles: The Art of Norman Rockwell. Through this painting, the “new” Rockwell emerged, an artist deeply engaged with the moral issues of the times. He recreated a scene in 1964 of a young African-American girl attending a de-segregated school for the first time, accompanied by federal marshals. The perky little girl, her satin-black skin juxtaposed against the spotless white dress, at first glance, could be one of his cute and innocent children in numerous covers for the Saturday Evening Post. However, the racial slurs scrawled across the wall behind her, which is stained from rotten tomatoes thrown in her direction, changes the message in the painting. The subject represents Ruby Bridges, a courageous six-year-old who made an inroad into the whites-only New Orleans school system in 1960 by attending every day of school in the face of violent racist opposition. Perhaps this painting touched me because of my recent research into the Little Rock (Arkansas) Central High School desegregation and hostilities faced by the group that has come to be known as the “Little Rock Nine.”

Norman Rockwell was an American treasure. He left behind riches to document American life—nuggets of humor, nostalgia, realism, and heart touching moments. I consider Norman Rockwell among the greats in the world of art.