You are here: Home / New RV Products and Gear / RVers With Drones: Coming To A Campground Near You?
This post may contain affiliate links or mention our own products, please check out our disclosure policy here. 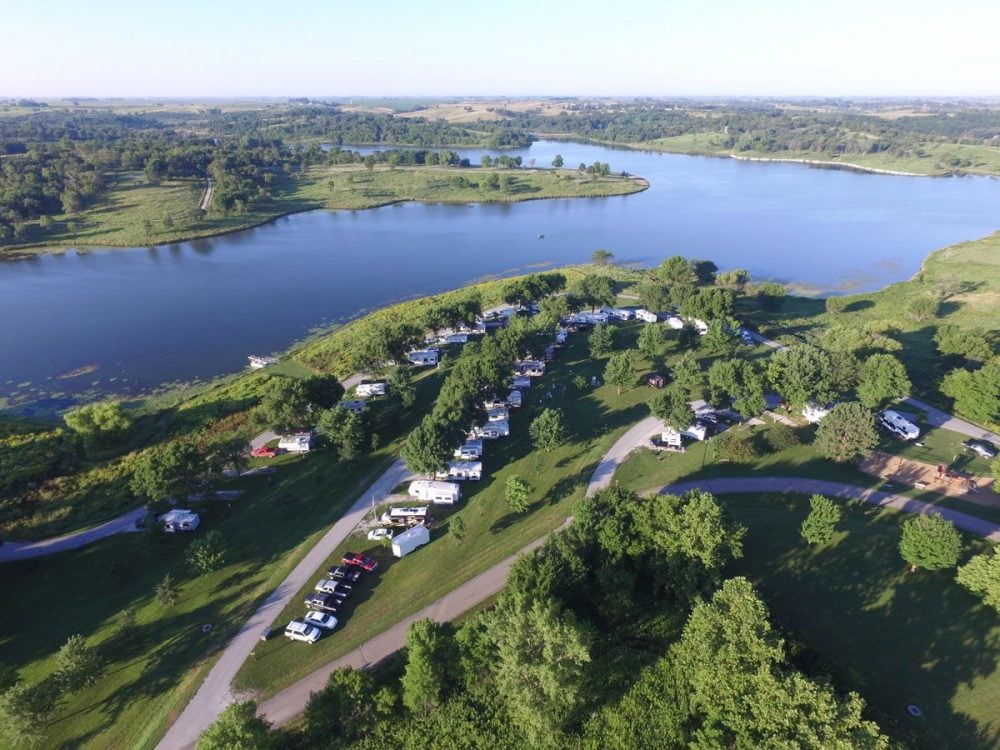 Love ’em or hate ’em, Unmanned Aircraft Systems (aka drones) aren’t disappearing anytime soon. If you haven’t encountered RVers with drones yet, odds are good that you will in the next year or two.  But despite their growing popularity, unmanned aircraft are a controversial topic in and out of the campground.

“I fly the Inspire 1 and have flown at most every campground we have been in with absolutely no problems or complaints from anyone. I have some stunning pictures and video that we share with family, friends and post on Facebook.”

On the other side of the fence, UTTransplant writes:

“Big issues with drones in parks, all national parks prohibit them, and state parks are getting the same way. I understand the fun, but they are incredibly invasive with their motor sound in pristine areas. They have also been used to harass wildlife, either on purpose or by accident. I am thrilled the FAA is putting rules on them.”

Humans aren’t the only ones to voice their opinions about drones in the wild, animals are too. Fantastic footage of killer bees swarming a quadcopter and an eagle who took out a drone mid flight are just two of many drone-versus-animal movies popping up all over the Internet.

In addition, researchers at the University of Minnesota announced the results of a wildlife study which reveals that when bears are aware of a drone nearby, “their heart rates soar, a sign of acute stress,” says the 2015 paper called “Bears Show a Physiological but Limited Behavioral Response to Unmanned Aerial Vehicles.”

As the arguments for and against drones unfold, new drone regulations are being created almost daily to guide drone users into safe and responsible flying.  For example drones must now be registered with the FAA. Once a user is licensed they face many restrictions on where they can actually fly them. If a drone pilot is caught flying in an illegal airspace, the consequences could result in a citation by local law enforcement authorities.

Whether you want to use a drone to scout out a good boondocking location, or you’re one of many RVers with drones who want to take scenic photos of a stunning wilderness area, always check with local authorities to verify where you can fly your drone. 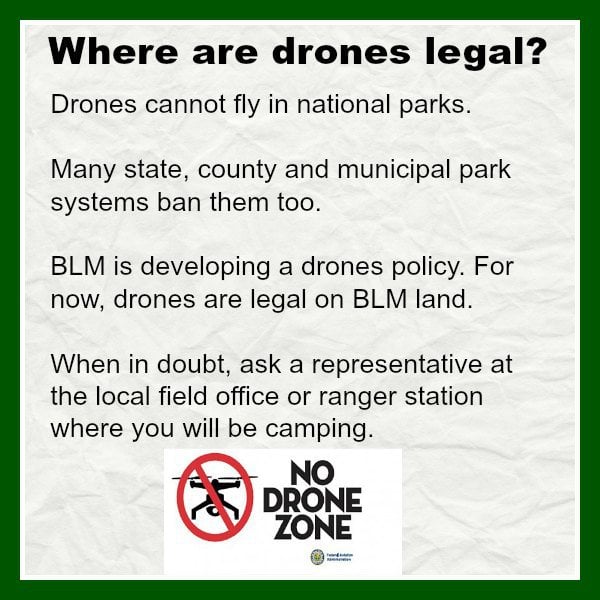 And if you want to stay on friendly terms with your campground neighbors, always fly responsibly and follow FAA rules for Unmanned Aircraft Systems which include:

What’s your opinion about RVers with drones in the outdoors? Share them with us below or in the iRV2 Discussion Forums!