You are here: Home / Top Stories / RVing Women Club Is Making Industry Inroads
This post may contain affiliate links or mention our own products, please check out our disclosure policy here.

by Rene Agredano
June 9, 2016June 15, 2018Filed under:
Table of Contents show
See also: Why Some Women Would Rather RV Solo

Women RVers are statistically under-represented in the RVing industry, but all-women RVing clubs are slowly making inroads. Groups like Freewheelers, a regional chapter of the club RVing Women, are increasing visibility of female RV ownership. 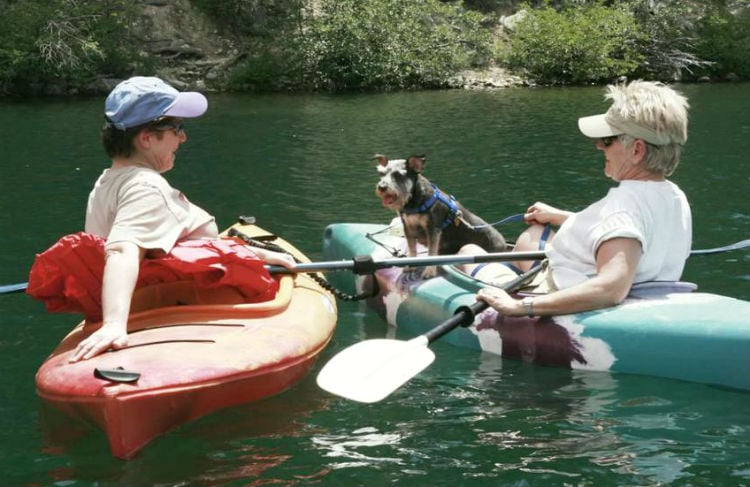 Founded in 1991, RVing Women is the oldest all-female RVing club in the world and hosts an international roster with over 2,000 members. Photos courtesy of Freewheelers.

According to a 2011 University of Michigan study commissioned by Recreation Vehicle Industry Association (RVIA), approximately 8.9 million households own an RV. Yet pinpointing how many of those households are led by women who go RVing independently of men is challenging. When it comes to current statistics about RV ownership, Gigi Stetler, the RVing industry’s only female CEO at Flordia’s Planet RV, says that “Although most RVs may be titled in the husband’s name, I can assure you, the woman had 90 percent of the decision making.” 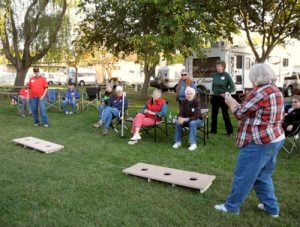 Whether women buy RVs with or without partners, all-female RVing clubs like RVing Women are bringing women RVers into the forefront of the industry’s collective consciousness.

Founded in 1991, RVing Women is the oldest all-female RVing club in the world. It hosts an international roster with more than 2,000 members and oversees 18 regional chapters around the United States. Their chapters range from Solo Travelers, which unites solo women RVers from all areas of North America, to the location-specific Freewheelers Chapter of Northern California and Northern Nevada.

“I got involved with RVW/Freewheeler’s on my first outing,” says Marsha Nichols, a Freewheelers Advisory Board Member. “I found the ladies to be friendly and helpful!  For example, I mentioned at a meal that I was having a problem with my awning…after we ate, four women came over to help me!”

Like the national organization, Freewheelers is a non-profit 501c7 that organizes women-only rallies and get togethers for social, recreational and educational fun. “Our only criteria is love of the RV life and a desire to share a pleasant respite with other women,” according to the Freewheeler’s website.

“I think some women hesitate about giving RVing a try for the same reasons I did…can I afford it? Safety, have never been around RVs, can I drive one and do all that’s involved?” says Nichols. “To those ladies…just come to one of our events and you’ll see ladies in their 80s driving and towing huge motorhomes!  Everyone in our group are willing to sit down and talk to anyone about RVW/Freewheeler’s!” 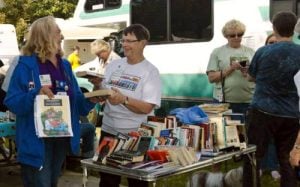 If you’re ready to have fun with other female travelers, consider joining a club like RVing Women.

Members of Freewheelers are a diverse bunch ranging in ages from around 30 to older than 75. “We are ladies that like the out-of-doors, enjoy challenges, like to meet different people,” says Nichols.

From retirees to those with families, members of Freewheelers are as different as the RVs they drive. The group welcomes pets as long as members abide by a “Pet’Equitte Policy” that requires leashes and no animals at events where food is being served.

Like other RVing Women chapters, Freewheelers holds regular meet-ups throughout their designated region. “We want our members to have the best time ever with your RV in a safe, happy and supportive environment,” writes Arleen H. in the group’s blog.

If you’re ready to have fun with other female travelers, consider joining a club like RVing Women. The more who do so and actively show a visible presence on the road, the better represented women will be in the RVing industry.

See also: Why Some Women Would Rather RV Solo