You are here: Home / Top Stories / Should you Worry about Sharks in Florida on Your Next Trip?
This post may contain affiliate links or mention our own products, please check out our disclosure policy here.

Sunny Florida attracts many visitors each winter. When the rest of North America is freezing, white sandy beaches beckon snowbird RVers and a far more lurking visitor too – sharks. Its widely known that sharks in Florida lurk below the Ocean’s surface and the Sunshine State isn’t called the shark bite capitol of the world without reason. Here are a few things to consider before your next trip south. 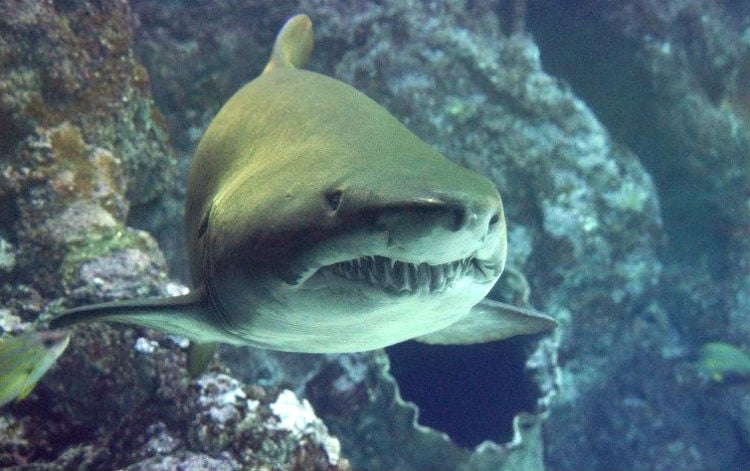 While Florida is known for its population of sharks, its reported that the odds of being bitten by a shark are pretty slim. There’s more of a chance of getting hit by lightening than experiencing a shark attack. Photo courtesy Pixabay.com

Snowbird RVers and Sharks Winter in the Sunshine State 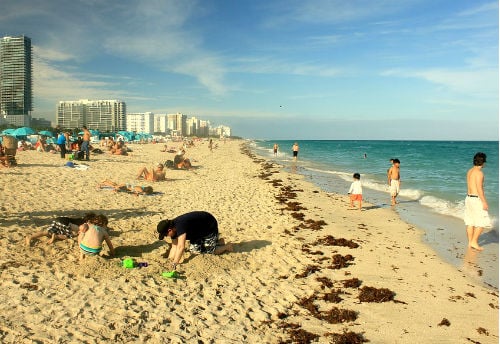 Swimmers in Miami Beach, Florida. The Sunshine State is just one of three winter RV destinations for endless summers.

According to research from the Florida Museum of Natural History at the University of Florida, more people get bit and die of shark bites in the sunshine state than any other coastal destination, including Australia, South Africa and Hawaii.

Last year, the population of sharks in Florida bit 32 people. None were fatal, but it was the biggest year for shark bites in a decade. If you’re one of the tens of thousands of snowbird RVers who love swimming in Florida’s warm water, pay attention. Last September, sharks attacked three swimmers at New Smyrna Beach. The incidents happened within just three hours of one another. Everyone from sun bathers to surfers are fair game when sharks are nearby.

Experts like George Burgess, Director of the International Shark Attack File, says that snowbird RVers and sharks can get along. The truth is, our odds of being bitten by a shark are pretty slim. People have more chances of being bit by a dog or getting hit by lightening than experiencing a shark attack. But oftentimes beachgoers do things that raise their risk. For example:

During the bloody September day at New Smyrna Beach, swimmers stayed in the water during the annual mullet run. It’s a predictable event when swarms of mullet fish arrive to spawn in open waters – and sharks are waiting nearby to eat them. “I never thought I would be part of the food chain,” one shark bite victim told the Palm Beach Post regarding. In the vast ocean waters, sharks can mistake a human for a fish in a heartbeat. 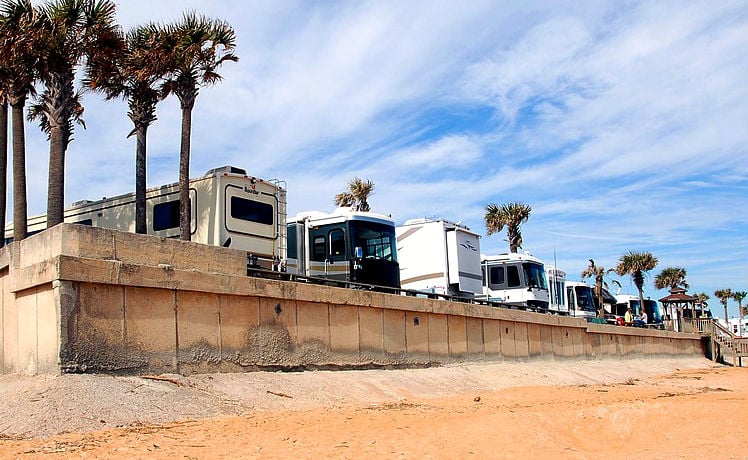 Thousands of RVers flock to Florida every year to swim in the warm waters.

How to Stay Safe from Sharks in Florida

Don’t worry, you don’t have to avoid Florida’s beaches. But to raise your odds of making it home in spring without any grievous injuries, follow the advice of Mr. Burgess in his “How to Avoid Shark Attacks” tips. Most are common sense, (like don’t go in the water when sharks are present) but some shark-bite avoidance suggestions include:

Most sharks bite people when mistaking them for a far tastier marine meal. You can continue enjoying Florida’s warm sandy beaches all year by simply being smart and keeping yourself out of harms way. In the end, the majority of human shark bite victims live to tell about their ordeal. But ironically, countless numbers of sharks will die every day because of humanity’s insatiable hunger for seafood.