You are here: Home / Blog / Time to Apply for Short-Term Seasonal Workamping Jobs
This post may contain affiliate links or mention our own products, please check out our disclosure policy here. 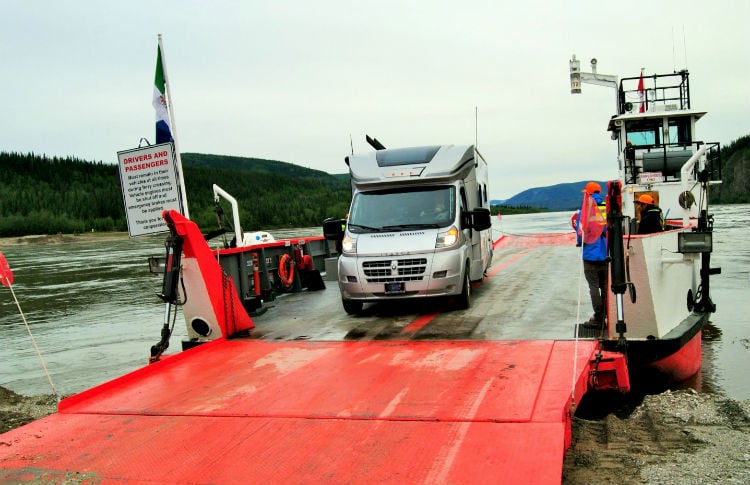 Seasonal workamping jobs are available no matter where your travels take you. Photo courtesy of irv2.com

Nobody wants to think about the Christmas holidays in July but if you’re looking for a short-term seasonal workamping job, now’s the time to start thinking about your options.

Scroll through any internet listing of workamping jobs and you’ll find that the majority of employers want workampers to commit to a minimum of three months, with many asking for a six month stay. For those like me who become afflicted with the “hitch itch” after staying in one place a few months, a short term seasonal workamping job is ideal. 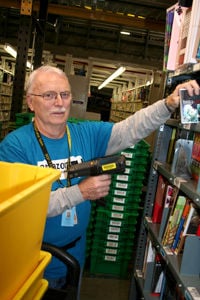 An employee at Amazon Camperforce.

The Pros of a Short-Term Seasonal Workamping Job

The Cons of a Short Term Workamping Job

As always, there’s a price to pay for this short-term, lucrative work. For example:

For those hearty full-timers who can put in some hard time at the job site, three of the most popular short-term workamping jobs in demand are:

Whether you’re in the middle of Los Angeles or in the Ozarks, there’s a pumpkin patch in need of lot managers. Workamper employers like Southern California’s “Pumpkin Factory” are on the lookout for friendly couples who have handyman experience, don’t mind working around teenagers and have the ability to work long hours. In return, a salary and on-site full-hookups are provided. These assignments generally begin in September and last through Halloween. Many companies morph into Christmas tree lots immediately afterward, keeping the best staff on-board for the most lucrative time of year.

As most solo workampers can attest to, many employers are specifically seeking couples. But two of the most well-paying short-term seasonal workamping jobs don’t care if you’re a solo workamper. These employers include:

Who wants to go to the Dakotas in Fall? Well, those who want to make a ton of cash in a short amount of time – and who don’t mind working exceptionally hard to get it. You’ll earn as much as $2,500 in two weeks according to SugarBeetHarvest.com.

The downsides are many. You’ll work indoors or out on a 12-hour shift. The commute can be as long as 18 miles each to the job site. Your family and pets will barely know you exist. And if the employer’s recommendation to bring “warm beverages and soup” for lunch is any indication, you can expect consistently cold, miserable weather. The upside? The money of course. Many people work the harvest and coast the rest of the year.

If you follow this blog you’ll know I mention Amazon Camperforce quite often. There’s a good reason for that: starting in about mid-October you can pocket about $75 a day after taxes, and many locations will cover your campsite rent too. Just consider that the assembly-line work is tedious and often stressful, you’ll miss being around friends and family during the holidays and you won’t see daylight until December 26th.

Before you apply for a short-term workamping job (or any for that matter), always talk to other workampers in internet watering holes like the iRV2 Workamping and Volunteering Discussion Forums. These folks have done the work and can give you a better sense of whether or not it’s right for you.