You are here: Home / Blog / St. Patrick’s Day in Baja
This post may contain affiliate links or mention our own products, please check out our disclosure policy here. 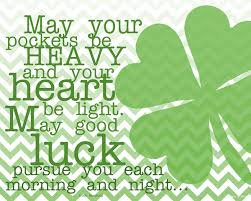 This story was originally printed as a column in 1987, but I’ve repeated it many times because it is a good story to tell around St. Pat’s Day since it is true.

“I had been full-timing less than a year when I drove 633 miles below the Mexican border and turned left into Santispac Playas to live on the beach for six months.  I escaped all the family and friends who thought I should give up my wild life and settle down cooking and baking and cleaning house for a husband. Yeah, right!

After a particularly grueling day of sand, surf and sun, I walked around the mountain at low tide. Tiny tide pools teemed with sea life. Strange creatures scurried among the rocks. Caves were abundant.

Out of sight of the beach, I was blessedly alone. I saw only mountains, sparkling clear blue-green water and gulls laughing raucously at their own jokes. I hugged myself with joy. A small white sand spit was irresistible. I stretched out in the sun and promptly fell asleep.

I awakened with a start. The tide lapped at my toes. I stumbled to my feet, groggy, shivering, realizing I still had the rest of the peninsula to walk around. With a glance behind me, I knew the sea blocked my retreat. In panic, I climbed up the rocks and worked my way around the cliff to escape the fast-rising tide.

Reaching still higher for a better hold, a hand gripped mine. Oh-oh! The hand was strong. It pulled me to the top of a large flat boulder. I was more than startled. My rescuer, still holding my hand, said, “I’m Sean.” Breathlessly, from either his handholding or the climb, I wasn’t sure, I said, ‘I’m “Charlie,’ and I was caught by the tide in a long summer’s nap.”

The boulder appeared to be a patio for a large opening. He said, “Please, come into my cave.” Sure, I thought, I’ve heard that line before, but he had a fire going and by that time it was dark and cold. He offered me a sweatshirt. I gratefully accepted along with his kind invitation to join him for dinner.

Ordinarily seafood is not my favorite but hunger prevailed and even Sushi would have looked good. I was impressed with the deftness with which my host presented a marvelous meal of cornmeal-coated fish, salad, hot brown rice, and a chunk of fresh baked bread dripping with butter. Hot coffee topped it all off. We may have been in a cave above the sea, but it was served as graciously as in Mulege’s finest restaurant.

My host cleared away the remains of dinner and added cholla wood to keep the fire going. Our conversation covered many subjects throughout the hours by the fire. We traded stories of our childhood, people we had met in our travels, and places we had visited. In the wee hours, the moon rose high, lighting the mountainside. Silver slivers danced on the waves.

He was an interesting fellow and so very charming. As the faint hues of daylight washed across the sky, he told me why he was living in that cave in Baja, Sur, Mexico. He had misspent his youthful years instead of fulfilling his obligations to God, family, or to himself. His elders decreed he be banished to live in a distant place until he could do one good and unselfish deed. The catch was that he was exiled to this one small triangle of earth and nobody ever came to this side of the mountain…until now.

He looked glum until I reminded him that the night before he had saved my life. His face lit up, “Faith and Begorrah,” he said, his voice heavy with his lilting Irish accent, “You’re right” and with that, he faded before my very eyes. His laughter, so befitting a leprechaun, floated across the bay and into the rays of dawn. Just my luck, when I finally lost my heart, it was to a little green man who was two feet tall.”

Happy St. Patrick’s Day and God Bless until next week!