You are here: Home / Blog / Take a Tour of Beringer Vineyards in Napa Valley
This post may contain affiliate links or mention our own products, please check out our disclosure policy here. 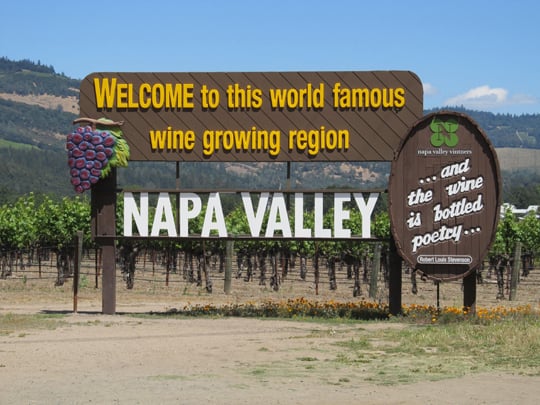 Between 1920 and 1933, Prohibition seriously curtailed or even ended the success of many American businesses involved in the production, transportation, or sale of alcoholic beverages. However, Beringer Vineyards, founded in 1875 as Beringer Brothers Winery, has the distinction of being “the oldest continuously operating winery in the Napa Valley.” How did that happen? Well, under a federal license that allowed wine to be made for religious purposes, Beringer sold 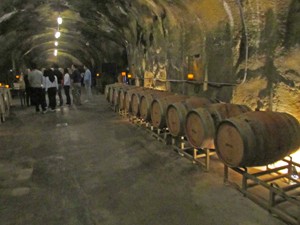 sacramental wine to churches and stayed in business when other vintners had to close their doors. If you’d like to learn the long history of the Beringers and take a guided tour of the historic tunnels where they originally made and stored wine, and of course taste a few modern-day varietals, head to Napa Valley, California.

According to the knowledgeable docents who lead the tours… in 1876, brothers Jacob and Frederick Beringer, immigrants from Germany, had their first harvest and crush that amounted to 40,000 gallons of wine that first year. Jacob served as Winemaker and 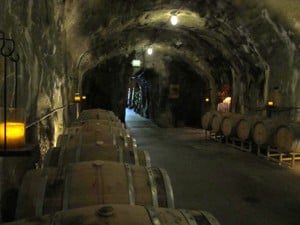 Frederick as the financier. Their dream was to make wines that would rival the finest in Europe. Digging naturally temperature-controlled caves to maintain a constant temperature of 58 degrees, and experimenting with new gravity-flow fermentation techniques (typical in Germany’s Rhine Valley) helped them to realize their goal. The Beringers basically sparked Napa Valley’s wine tourism by being the first California winery to offer public tours after the repeal of Prohibition. The business stayed in the family for nearly a century, but then the Beringer name and winery were sold to Nestlé in 1971 (it has since been bought and sold several times). What’s fun to note is that after all these years, a Beringer family member is back guiding the business— Jacob Beringer’s great great-grandson, Mark Beringer, is now the Chief Winemaker! 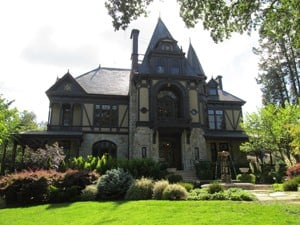 After the tour and tasting, be sure to peek inside Rhine House, a beautiful 17-room stone mansion that was Frederick Beringer’s former residence. With its many gables and turrets, the ornate Victorian architecture 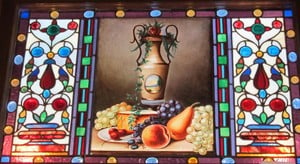 was similar to the Beringer family’s German home. As soon as you step inside, you’ll notice the exquisite stained-glass windows and woodwork! Although not open to the public, you’ll also see the Hudson House on the property which was Jacob’s home. The extensive gardens, Redwood grove, 150-year-old walnut tree, bocce ball and croquet lawns make the Beringer property a place you’d like to hang out all day. The entire estate is designated a Historic District on the National Register of Historic Places and is a California Historical Landmark.

Choose from several guided tours, wine and food pairing events, or arrange for a private tasting; call (707) 302-7592 or visit http://www.beringer.com/visit#tours for details.