You are here: Home / Great RVing Destinations / Snowbirds Love This Award-Winning Texas KOA Campground
This post may contain affiliate links or mention our own products, please check out our disclosure policy here.

It might be winter but that doesn’t mean that we can’t go RVing to great places. If you’ve ever wanted to travel deep into the heart of Texas, one great place to visit is San Antonio, a snowbird destination which as KOA’s 2015 Campground of the Year is always racking up stellar ratings from RVers. 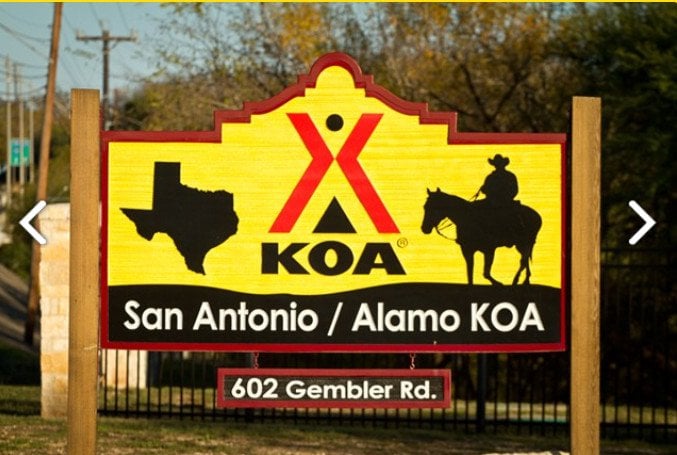 A few years ago, the family-run San Antonio KOA earned two awards from KOA; Campground of the Year for 2015 and the prestigious KOA President’s and Founder’s Awards. Only the best rated KOA parks receive these honors, which are based on visitor feedback. 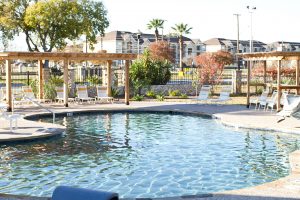 According to the KOA announcement, the park was founded in 1968 by Al and Fred Rohde, two brothers who wanted to build a campground to accommodate visitors to HemisFair ’68, the 1968 World’s Fair in San Antonio.

The Rohde brother’s children (Ron and Sterling Rohde and their cousin, Mary Elizabeth Phillips) oversee the operation today and as the ratings online reveal, they’re the best at what they do.

As they say in real estate, it’s all about location and the San Antonio KOA has the corner on it in this Texas snowbird destination. The KOA campground is only five miles from San Antonio’s best attractions including the Alamo and the Riverwalk.

KOA guests love this park because they don’t need to pay for expensive downtown parking when they visit San Antonio. Instead, they just hop on a shuttle bus that stops at the park and drops them off in the central tourist area less than $2.00 and 30 minutes later. 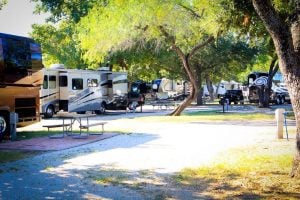 Although industrial development has sprung up all around the KOA, once you pass through the 24-hour security gates you’re in a secure, park-like setting on Salado Creek.

You can hike over two miles of trails without ever leaving the KOA, bike on San Antonio’s Howard W. Peek Greenway Trail System, or stay close to home and a swim in a brand new, year-round heated pool with a beach-style entry, small fountains, and lounge area.

If you don’t feel like cooking, you can choose from on-site fresh pizza from Hunt Brothers or eat from the Chuck Wagon that serves breakfast five days a week. The park also has other amenities like on-site laundry and propane and there’s even a dog park for your pooch.

The San Antonio KOA can accommodate rigs up to 90′ long and if you arrive by car you can stay in a KOA Kamping Kabin rental with all you need for a getaway any time of year. To read about first-hand experiences and tips for the San Antonio KOA, visit campgroundreviews.com.

Do you have a favorite Texas snowbird destination?

We’d love to hear more about it. Share your experiences below or at RV LIFE Campgrounds and help other RVers have a great time during their travels!