You are here: Home / Blog / The 19th Hole: Golf, Curling Demonstrate Much Needed Etiquette in Sports
This post may contain affiliate links or mention our own products, please check out our disclosure policy here. 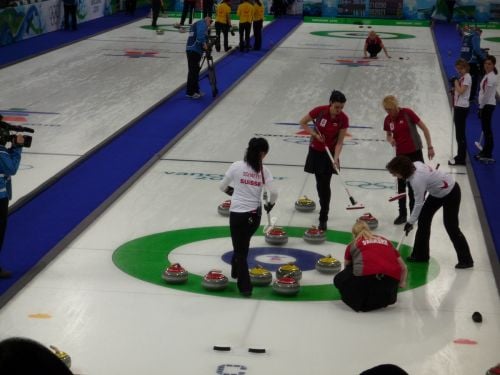 During the recent Winter Olympics in Sochi, Russia, I spent a lot of time watching the chess-like team sport of curling. I was fascinated with the distinct correlation that curling shares with golf, which is resounding good sportsmanship that’s prevalent with every team player from every country. Another similarity is that both golf and curling found their roots in Scotland some 500 years ago. Ironically, that medieval etiquette is still prevalent today in both sports. 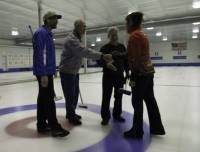 More so than in other team sports, good sportsmanship, often referred to as the “Spirit of Curling,” is an integral part of a curling match. In fact, both curling and golf have in place rules that require self-imposed honesty. In other words, if you commit a foul, you’re expected to call your own foul, not point a finger at your opponent while appealing to the foul gods.

Integrity and honesty are hallmarks of golf and curling. When golfers finish their match, be it 9 or 18 holes, players traditionally remove their hats, shake hands with all players in the group, and thank them for the round. Similarly in curling, on-the-ice celebration is completely unheard of, as is heckling, or intimidating comments. The “Spirit of Curling” also leads teams to congratulate their opponents for making a good shot; something you rarely see in other athletic competitions.

As such, all athletes, regardless of their chosen sport, could benefit from a lesson in humility that’s omnipresent on the golf courses and curling sheets throughout the world. May the “Spirit of Curling” be with you, whether it’s athletics or otherwise.