You are here: Home / Blog / The 19th Hole: Ping Introduces G30 Series
This post may contain affiliate links or mention our own products, please check out our disclosure policy here. 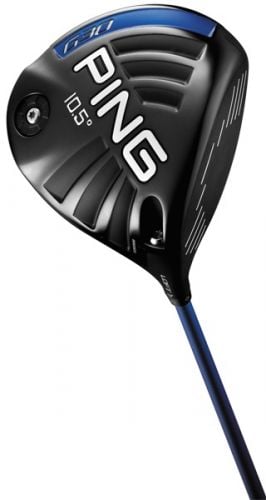 With an emphasis on significantly increasing ball velocity and accuracy through a combination of advanced aerodynamics, plus new face designs and materials, PING just introduced the G30 series. This is the company’s latest innovation that’s designed to provide measurable distance gains without sacrificing key performance attributes like control and forgiveness.

“With the G30 series, our engineers once again accomplished something that is unique to PING products — they elevated performance significantly in key areas without sacrificing other important attributes,” said John A. Solheim, PING Chairman & CEO. “Across the product line, we’ve proved you can hit the ball higher and farther while increasing forgiveness and control. We’ve also continued our focus on advancing custom fitting in the driver and fairway woods by offering five loft positions.”

The most visible innovation on the G30 driver is the patented turbulators engineered onto the crown. Inspired by the aeronautics and sporting industries that put a premium on speed, Turbulator Technology reduces aerodynamic drag by significantly delaying airflow separation, maintaining attached airflow around the clubhead as it approaches impact, leading to more speed.

“The turbulators are really exciting,” Solheim said. “Wind-tunnel testing verified with clarity the role they play in reducing drag on the driver head, but its real benefit was confirmed through our player testing. When Bubba Watson first tested the turbulators, he picked up two miles per hour in clubhead speed and four miles per hour in ball speed, which meant 10 more yards for him. We can’t promise that for everyone, but with the turbulator’s powerful, inspiring look we’re confident all golfers will be longer off the tee, thanks to this technology.”

The entire G30 series benefits from new face technologies and materials, including the introduction of T9S titanium in the driver, which results in thinner faces and weight savings that help position the center of gravity low and back. The fairway woods utilize a high-strength Carpenter 475 steel in the face, and the hybrids are heat-treated with an H900 process. Both result in hotter, more forgiving faces. The G30 iron face is thinner for higher ball speeds while being stabilized by a new custom tuning port design for predictable distance control.

The G30 SF Tec driver option is engineered for players whose shots typically end up right of the intended target. In player testing, the G30 SF Tec driver, which features weight closer to the heel and lighter swingweights, improved shot bend by 12 yards when compared to the G30 standard driver.

For more information on these new clubs, visit www.ping.com.