You are here: Home / Top Stories / There`s a lot of Style in Airstream’s New Tommy Bahama Editions
This post may contain affiliate links or mention our own products, please check out our disclosure policy here.

Airstream Trailers Inc. is always effective when it comes to capturing the attention of RVers with its special edition models. For 2017, the company entered a three-year collaboration project with Tommy Bahama, offering the Tommy Bahama Special Edition Travel Trailer plus two Special Edition Interstate Touring Coaches. 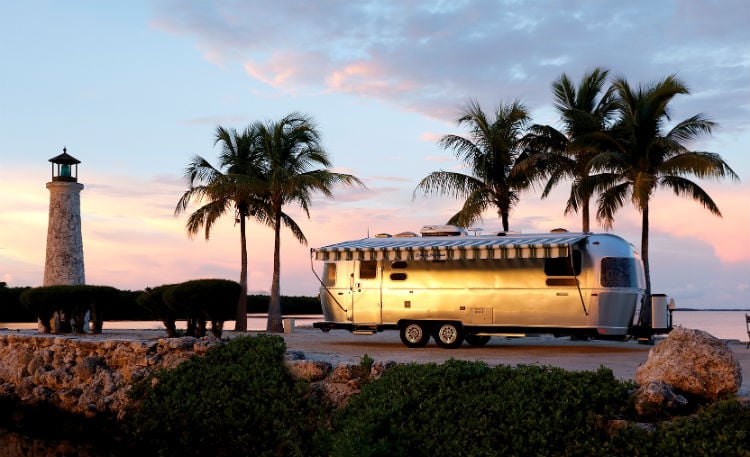 “Tommy Bahama is all about going to the beach, and relaxing in the outdoors,” Justin Humphreys, Vice-President Sales for Airstream Inc. told RVlife.com. “This aligns perfectly with the Airstream philosophy of getting away from it all. When we reached out to Tommy Bahama, we realized how much their consumer profile and demographics matched ours.” 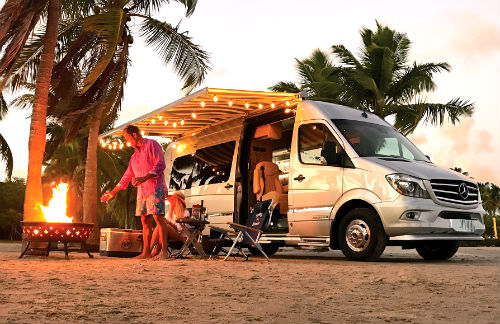 A Seattle-based company, Tommy Bamaha offers a wide range of stylish men`s and women`s apparel, accessories, and home furnishings, representing a relaxed pace of island living. With Airstream`s vision of exploring new destinations, the results of the collaboration are three spiffy units with reliability.

It`s quite common for Airstream to use the 27FB as a base model for themed models and the Tommy Bahama Special Edition Travel Trailer is no exception. However, they also chose to include the Airstream Interstate Grand Tour EXT and the Lounge EXT Touring Coach with the Sprinter chassis. This is an Airstream-first for a partnership and Humphreys explains that the models simply expand its Class B line for consumers. 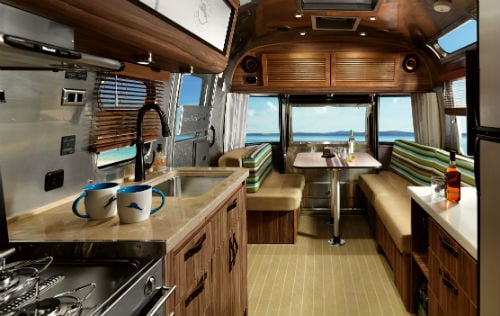 Regardless of the platform, however, all designs encompass breezy, beach-influenced features that reflect the essence of the outdoors for both brands. 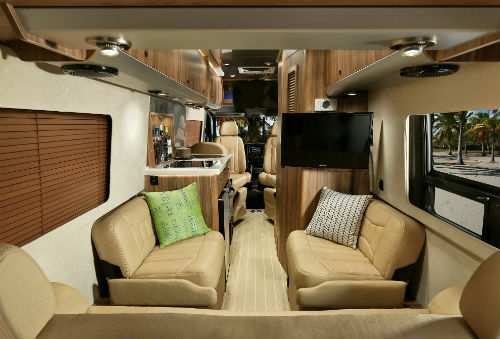 Also, a key effort is the bar area with lighting. In the trailer, Airstream redesigned a portion of the living area (across from the galley) to accommodate this space. On the B van, the bar is set behind the galley. Both provide ample room to hold five or six bottles, the branded glasses and accessories.

“The class B Interstate takes the best of everything that is on the road, which is Mercedes Benz and Airstream,” adds Eric Davis of Haydocy Airstream & RV in Columbus, Ohio. “Then you add in the Tommy Bahama theme and this appeals to baby boomers, all the way to full timers. There are also the toys that come with it. From the Tommy Bahama chairs to the etched branded glasses in the bar.”

“Carpeting left RVs years ago as it gets dirty. But the texture in the design was lost,” says Humphreys. “So, we used woven flooring to add more depth. Further, it’s easy to clean and can withstand wear and tear.” 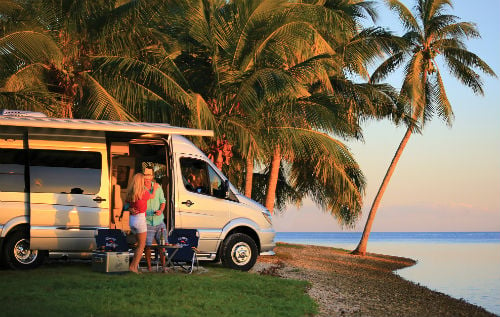 The collaboration represents the relaxed pace of island and outdoor living.

Additionally, a unique feature on the trailer is a rear hatch, which is a design to provide two purposes. First, kayaks, bikes and other toys can easily store in the trailer. Secondly, the rear area can provide great views. Also with the rear screen door, it offers additional comfort that “brings the outside in.”

“What appeals to me on the trailer is the attention to detail,” says Davis from the dealership in Colombus. “Its features like the wood-louvered doors, the windows in the front, a hatch in the back, and the lit bar. Its the  small perks like this that separate Airstream from other manufacturers. To me, the trailer has the most open floor plan that Airstream produces.”

While the models are not numbered (as Airstream has done previously), the Tommy Bahama Special Editions are limited. But most importantly, they offer the functionality and are dressed to the nines, adding more style to outdoor adventure. 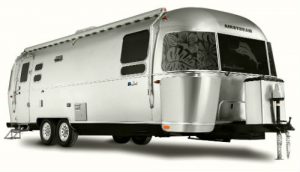 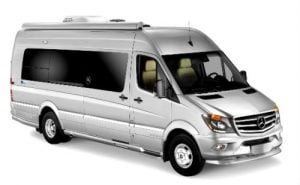 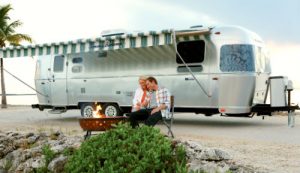