You are here: Home / Blog / The Full-Timing Nomad: Lessons Learned as Newbie Full-Timers
This post may contain affiliate links or mention our own products, please check out our disclosure policy here. 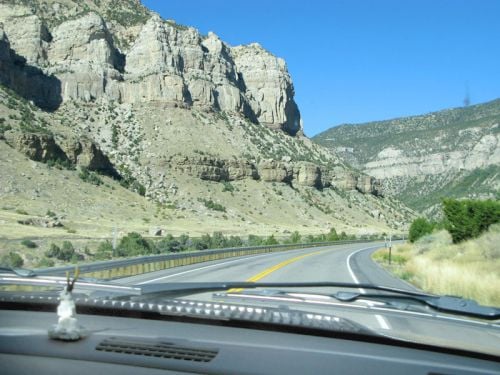 In our enthusiasm to hit the road, nearly every new full-timer attempts to cover way too many miles in too little time. Most of us have lived out a scene which bears an uncanny resemblance to the hilarious events in the 1983 National Lampoon comedy, “Vacation,” when Chevy Chase puts the pedal to the medal to get to the Grand Canyon. With much fanfare he finally arrives at his destination, snaps a quick Polaroid of his family at the South Rim, then speeds away in less than a minute and continues on to California.

How many of us can relate to that classic scene, even as full-timers? For many vagabonds like me, when we decided to make RV travel a way of life, we said we were going to slow down to take in the scenery, but living out that proclamation was another story altogether.

During our first year on the road, Jim and I chose to circumnavigate the U.S. in a clockwise position. We thought we were going slowly, but we ended up traveling from California to Michigan to Maine to Florida in less than five months! To the average vacationer, five months is an eternity, and since we were still trapped in our old “vacation” frame of mind, we thought it was, too. But now as I reflect back on our earliest driving days, I wish we would have moved around a lot slower than we did.

Our first trip around the USA was leisurely enough, but we missed out on countless attractions that we probably won’t get to see again for a long time. From the Corn Palace in Mitchell, South Dakota (http://www.cornpalace.org) to the Mississippi’s Great River Road (http://www.roadtripusa.com/routes/greatriver/mississippi/mississippi.html), we keep saying we’ll  go back and see what we missed, but it seems like life always gets in the way.

I try not to regret anything I say or do, but if I could relive our first full-timing year over again, here’s what I would do differently. First, I would take more time to locate interesting tourist traps and oddball attractions ahead of time. That way when we’re cruising along the highway and an oddity like The Barbed Wire Museum (http://www.rushcounty.org/barbedwiremuseum/) unexpectedly appears a half mile ahead, I’m not putting our lives in danger by begging Jim to slam on the brakes and pull over. While I don’t try to over-plan our itinerary (that’s a whole other discussion we’ll have at some point), I now know that websites like Roadside America (www.roadsideamerica.com) and Road Trip USA (http://www.roadtripusa.com/) are a useful resource to help see America’s best off-beat destinations.

Finally, I would crack open my wallet with a little less fuss in order to enjoy local cuisines. My extreme frugality resulted in our missing out on some of America’s most classic eating establishments like Missouri’s Lambert’s Cafe, home of the Throwed Roll (http://www.throwedrolls.com/).

Sure, I have a few regrets about that first year we traveled as full-timers. But one of the greatest things about full-timing is that each new mile under our wheels is another opportunity to make up for the past.