You are here: Home / Blog / The Full-Timing Nomad: Road Trip to Honor Our Veterans
This post may contain affiliate links or mention our own products, please check out our disclosure policy here. 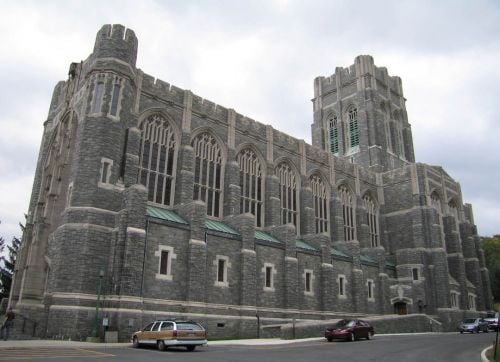 Whether you’re making plans for a full-time RVing adventure or taking off on your annual snowbird flight, your journey can be a lot more entertaining if your stops are planned around a particular theme. Since tomorrow is Veteran’s Day, America’s military heroes are on my mind, so I’d like to suggest creating a trip that honors these distinguished citizens. An itinerary like this is easy to design since hundreds of towns across America offer fascinating (and often free) educational experiences that can provide an unforgettable road-tripping salute to veterans, presidents and important military sites.

Military History From East to West

The more Jim and I drive across the USA the more we learn about the men, women and even dogs who’ve kept our democracy strong. For example, on one jaunt through the East Coast, we stopped at the U.S. Military Academy at West Point), where my father-in-law graduated from during World War II. We took a free and fascinating tour about this historic institution that’s been in existence since the Revolutionary War. 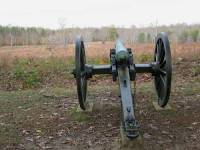 Every time we head back east we find no end to fascinating historic sites such as the Civil War Battlefields of Virginia, which includes Chatham Manor), a legendary plantation home and Union Army headquarters visited by U.S. Presidents Jefferson, Harrison, Lincoln and Washington. As a West Coast native I’ve never had a strong connection to East Coast history but after visiting hallowed ground like Chatham, I received an up-close education that no amount of schoolbooks could accomplish during my teenage years.

For full-timers like me who stay west of the Mississippi during winter, a stop at the Alamo in San Antonio, Texas, is mandatory but remember that the Texas Historical Commission also lists dozens more on their website, such as the National Museum of the Pacific War in Fredericksburg and the Eisenhower Birthplace Historic Site in Denison. 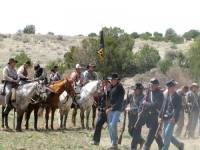 Some of the most memorable U.S. military sites provide time machine rides via living history reenactments. One of the best living history destinations we experienced was in Santa Fe, New Mexico at El Rancho de las Golondrinas. This Spanish homestead from early 1700s is especially worth a stop in May of each year, when the rancho hosts hundreds of volunteers who reenact different U.S. Civil War battles that were fought on New Mexican soil. Until we visited the rancho, I had no idea that Confederate forces migrated this far west (but ultimately gained nothing despite nearly 2,000 casualties). This beautiful setting is definitely worth a visit during your Southwest travels.

While you’re in the area, don’t forget a stop at the Trinity Test Site where you can walk among the ghosts of the nuclear age and stand at ground zero of the world’s first nuclear bomb test that occurred on July 16, 1945. But be sure to time your visit just right: the 51,500 acre bomb site at the White Sands Missile Range is only open two days each year in April and October, when about 2,000 people stop by to commemorate this world-changing episode in human history. 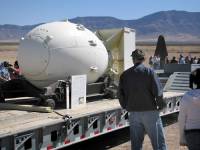 An entire snowbird season can be plotted around important U.S. military sites and you still won’t see everything that showcases our country’s war and peacetime notables. Still, even if you or I never get to experience all of them, it’s good to know that these significant sites are being preserved so that American citizens can learn from our country’s past and protect our future.