You are here: Home / Blog / The Healthy Traveler: Balance Hormones Naturally with Chasteberry
This post may contain affiliate links or mention our own products, please check out our disclosure policy here.

by Healthy Traveler
November 14, 2013Filed under: 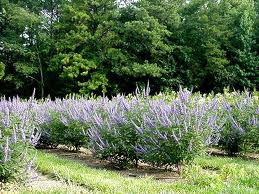 Women’s health concerns change as we age, but there is one issue that affects women in all stages of life: hormonal imbalance. Whether it is causing acne in our teen years, affecting fertility, increasing premenstrual syndrome symptoms, lowering our libido or making menopause a nightmare, many women deal with unbalanced hormones on a day-to-day basis.

There are plenty of over-the-counter and prescription medications to help us deal with the headaches, bloating, hot flashes and blemishes, but most of these come with unwanted side effects that leave women in the undesirable position of having to determine which is the lesser of two evils. Fortunately, there are several natural alternatives to prescription hormone replacement therapies and over-the-counter drugs for clearer skin, but one seems to stand out as a popular choice that women can continue to use as their hormonal needs change over their lifespan.

Chasteberry, which is also known as chasteberry tree, vitex, monk’s pepper, vitex agnus cactus and agnus cactus, has a long history of use as a natural remedy for infertility and relief from the symptoms of menopause and PMS. While monks once used large amounts of chasteberry tea to lower their libido and help them remain chaste, which is where its moniker originated, it was later learned that smaller amounts actually increase libido.

While the limited research available shows that chasteberry influences hormone production and promotes hormonal balance, it does not contain hormones. Rather, it indirectly influences hormones through its interaction with the pituitary gland, through which it promotes the production of luteinizing hormones and decreases the production of follicle stimulating hormone. It is this effect that is believed to be responsible for chasteberry’s apparent effectiveness in treating ailments like polycystic ovary syndrome and irregular periods. Some studies also suggest that chasteberry may be an effective natural treatment for hair loss in women and a remedy for chronic inflammation.

Chasteberry can be taken as a tincture, capsule, tea or juice, and the leaves and berries can be added to salads or other dishes. This herbal remedy is not recommended for pregnant women or women currently living with breast cancer. There are some possible side effects experienced infrequently by women who take chasteberry, including nausea, headaches, stomach cramps or rash. It is also important to note that some studies have shown an interaction between certain hormone replacement therapies or oral contraceptives and chasteberry.

As always, you should consult your healthcare provider before starting this – or any other – herbal remedy.