You are here: Home / Blog / The Healthy Traveler: Soy Sauce Alternatives for Healthier Cooking
This post may contain affiliate links or mention our own products, please check out our disclosure policy here. 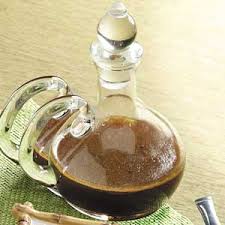 Soy sauce provides an easy, inexpensive means of flavoring meals and is usually considered a must-have condiment by any lover of sushi or other Asian cuisines. The salty flavor has become a favorite around the world and is often now used in Western recipes as well. While plenty of folks love soy sauce and could not imagine giving it up, some may be considering making the switch in an effort to reduce their sodium intake or avoid soy-based products.

One of the primary reasons someone might want to avoid soy sauce is that it is packed with sodium and does not fit well with a low-sodium diet. Folks who have high blood pressure, heart disease, weight management issues or inflammation issues may be advised by their healthcare provider to reduce their sodium intake or adopt a low-sodium diet. Just one serving of the popular brand of soy sauce most often found on the tables of Asian restaurants has 920 milligrams of sodium, which is 38% of the recommended daily allowance for a 2,000-calorie diet. So it is easy to see why soy sauce would top the list of foods to avoid when reducing sodium intake.

People may also want to find soy sauce alternatives if they have an allergy to soy or are trying to avoid soy products because of health concerns.

If your main goal is to reduce your sodium consumption, you can always opt for low-sodium soy sauce, but even the low-sodium varieties may have up to 500 milligrams of sodium per serving. Tamari, which is also made from fermented soy beans but is thicker and richer, is a lower-sodium option that some people prefer over soy sauce. Additionally, gluten-free tamari is available for folks trying to reduce their consumption of both sodium and gluten.

Perhaps the most popular soy sauce substitute among health-minded folks is Bragg Liquid Aminos. Bragg Liquid Aminos is a gluten-free, non-GMO soy sauce alternative that has 16 amino acids and just 160 milligrams of sodium per serving. This makes it a great choice for those looking for a gluten-free, low-sodium option; however, it is also made from soybeans, which makes it a less-than-appealing choice for folks trying to avoid soy.

Those looking to reduce their consumption of sodium and soy may want to try coconut aminos seasoning sauce, which can be difficult to find but is a soy-free, gluten-free soy sauce alternative that has just 113 milligrams of sodium per serving.