You are here: Home / Blog / The Silver Gypsy: Becca, Jess, and Machu Picchu – Part 1
This post may contain affiliate links or mention our own products, please check out our disclosure policy here.

by Sharlene Minshall - The Silver Gypsy
March 5, 2014Filed under: 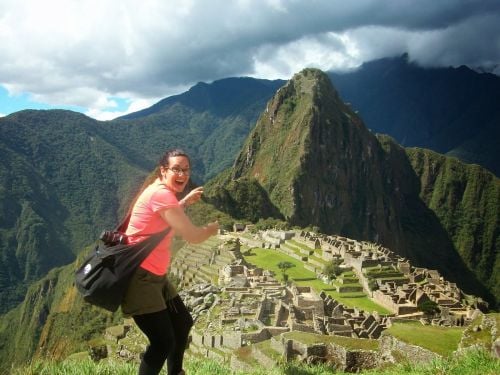 Excerpts from Wikipedia:  Machu Picchu is a 15th-century Inca site 7,970’ above sea level on a mountain ridge NW of Cusco.  It is believed that it was built as an estate for the Inca emperor Pachacuti, and often mistakenly referred to as the “lost City of the Incas.”  Built around 1450, it was abandoned a century later.  Brought to international attention in 1911 by American historian, Hiram Bingham, the restoration continues.  In 1981, it was declared a Peruvian Historical Sanctuary and a UNESCO World Heritage Site in 1983.  In 2007, it was voted one of the New Seven Wonders of the World in a worldwide Internet poll.  It is vulnerable to earthquakes and weather systems, and decidedly, from the pressures of too many tourists. 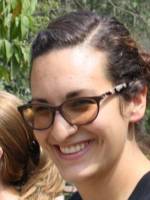 This is another story of my granddaughter, Becca, who is currently in a two-year obligation to the Peace Corps in Peru.  When she has free time from her duties, she is taking advantage of seeing parts of the world and doing activities she might not ever have the opportunity to do again.  Friend, Jess, also 26, tours with the Missoula Children’s Theatre.  With all their sets and wardrobe materials, they visit a new U.S. town every week, hold auditions, and put on a musical.  They teach dance, singing, and acting basics to kids from kindergarten through middle school. 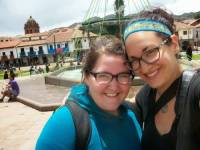 After leaving her site at Morrope, Becca took a van to the regional capital of Chiclayo, and then an overnight bus into Lima to meet her very best friend since seventh grade, or as she calls her, her “soul” sister.  Jess bused from Tacoma, WA to Portland, OR, flew Portland to Houston, TX, and then on into Lima, Peru on Christmas Eve, 2013.  After “a year of waiting, countless hours of planning, and the longest, most fidgety hours of my life, Jess, my Christmas miracle,  finally wandered through the gate.”  As Becca and Jess hugged and hugged (and hugged again), Becca said, “I was smart to have such a talented, kind, and almost criminally hilarious person in my life.”  And I thought, what a wonderful way to describe one’s best friend!  Only best friends (who are this young) would go to these extents to see each other for a week!

Becca continued, “In about 33 seconds, we were chatting and all was back to normal; no one would have guessed that it had been 16 months since we’d last seen each other.  We stayed up that whole night talking about old memories to people back home to time machines and back again.  At five a.m. as we boarded our flight to Cuzco, we were finally tired enough to sleep.  We slept through takeoff, flight, and landing.  Christmas Day was a calm day of napping, talking, and wandering about the city.  We met an adorable little boy who asked if we were millionaires!  We took in the amazing architecture and finished the evening with a Chifa dinner (Peruvian-Chinese food) and called it a night.”

Becca and Jess spent the next few days exploring Cuzco, the markets, churches, restaurants, and then had “a lovely day hike to see the statue of Jesus on the hill.”  The next morning after packing, they took a two-hour van ride to Ollantay Tambo, a small town closer to Machu Piccu that boasted its own ruins.  After arriving at the hostel and venturing out to eat alpaca burgers, they took one look at the masses of tourists filing around the ruins and shuddered.  They asked the waiter about local hikes and he pointed them to a large hill from the ruins saying the view was fantastic and they discovered he was right.