You are here: Home / Blog / The Silver Gypsy: Friends in Far Away Places
This post may contain affiliate links or mention our own products, please check out our disclosure policy here.

by Sharlene Minshall - The Silver Gypsy
August 7, 2013Filed under: 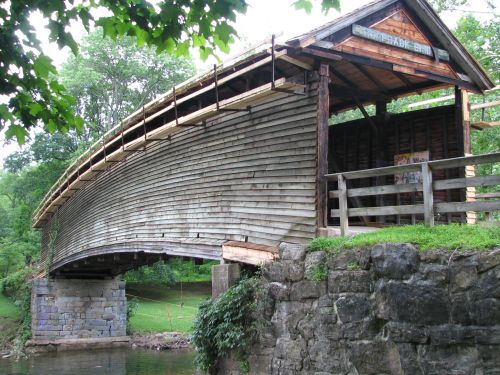 I am fortunate to have two good friends in Lynchburg, my son-in-law’s mother, Sue, and another friend, Suzy.

With watching my Grand Animals while my children were on vacation, I took over feeding, watering, and cleaning up after the animals, picking the produce, retrieving mail and generally keeping the household going until they get back.  Rex was totally bereft for two days after his family left.  The cats could care less although I notice they come close enough for a petting once in a while now.  It is called desperation because I am the only one here.  They know I provide their food and water.

Suzy took me with her one night to the Templeton Senior Center to see the “Ageless Wonders” perform, “I Hear America Singing.”  They are a group aged 60 to 91 that was founded 45 years ago by Erma Styles here in Lynchburg.  That isn’t their boundary.  They have performed all over Canada and the US including two performances at the White House.

While the singing is lively, the performance also includes dancing, solos, piano, drums, poetry, and many rehearsals.  I have heard senior programs before and this definitely showed professionalism beyond a two-rehearsal performance.  While they no longer own two buses for traveling, they have only slowed a little with a scheduled performance at Constitution Hall in Washington DC this October.   It was terrific to see this group with such an age spread, continuing to be a lively addition to their community and beyond.

Without my children here to go to church with, I went with friend, Sue, and her husband, Fred, each Sunday.  We went out to eat afterward, and then I came back to my chores. 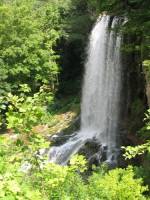 Suzy and I took off for a picnic adventure that took us about a hundred miles away to see Falling Spring Falls above Covington, VA, described by Thomas Jefferson as a “remarkable cascade…falling over a rock about 200 feet to the valley below.”  As it was a long trip and a storm was eminent, our only other stop was to see Humpback Bridge west of Covington.  It is the only covered bridge with this type of construction now standing in the U.S.  It was built in 1857, a 100’ long single span, 4’ higher in the center than at either end, hence the name “Humpback.”  Although it was lovely, it took some doing to get a picture of it without a lot of construction tape and paraphernalia in it due to renovation.  We stopped briefly in the small five-acre wayside park.

We took the fastest route back which involved Interstates.  We still stopped briefly for heavy rain and hail.  Hope you are taking time for hunting down special places this summer.  God Bless until next time.