You are here: Home / Blog / The Silver Gypsy: Interesting Seatmates
This post may contain affiliate links or mention our own products, please check out our disclosure policy here.

by Sharlene Minshall - The Silver Gypsy
September 24, 2014Filed under: 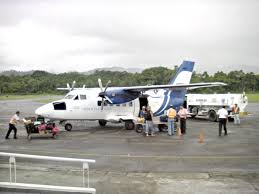 People in general are very interesting.  When I flew from Lynchburg, VA to Charlotte, NC, on my way back to Phoenix, I was prepared for an ultra-quiet flight.  These short flights are usually filled with business types who have their noses glued to various sized computers or phones and want no engagement of any kind.  It was a surprise to have a young man about the age of my grandson (17) as my seat companion.

He asked, “Have you ridden on one of these small planes before.”
“Yes, many times.  And you?”
“No, it’s my first time.”
“I call them butterflies.  It will be an adventure.”
“My name is Ronald.  I didn’t catch yours,” he said with an engaging smile.
“My name is ‘Charlie.”

We questioned each other as to our destinations.  He was going to FL to visit family and I was headed to Phoenix.
“Does Phoenix have a very large airport?”
“Yes, Phoenix is the country’s 5th largest city, so it has a big international airport.”
“I didn’t know that!”
“See, you learn something new every day.”  (Actually, I think it has slipped to sixth but I didn’t figure that made a lot of difference to either of us.)
“It’s very noisy riding in a small plane.”
“Yes,” I said, “See the propellers just outside our window.”
“Doesn’t that scare you?” he asked.
“No, if they come off, it will be over really fast!”  He thought that was extremely funny and gave me a motion like a dig in the ribs.

It was a fun flight with watching a major lightning storm taking place in a black cloud adjacent to our route.  I found out where he was going to school and what he would be studying.  He questioned me as well.  We were soon at our destination.

“Ronald, I wish you well in all that you want to do.  You are a delightful young man.”
“Thanks,” he said, “You are delightful, too.  People usually don’t want to bother talking to me.  This was a fun trip.”

Actually, the plane we were in was bigger than the usual two seats-on-one-side/one seat on the other side butterfly that I travel in.  In 2013, mostly regional airlines on flights of less than two hours, flew 50 million US passengers on propeller planes.   The jet plane companies are now matching the plane size to the number of passengers.  That makes sense to me but what didn’t, was that the airlines are losing money.  Exactly how could that be when I was probably the only passenger with no luggage?

Of course, it could be that instead of installing a less expensive two-passenger jail-like container for unruly passengers (or throwing them out a trap door); airlines are choosing the more fuel-expensive landings at alternate airports.  The article also stated that “…people don’t like the smaller planes because they are slightly less safe.”  Now they tell us!  God Bless until next week.  And bless you Ronald, wherever you may be.