You are here: Home / Blog / The Silver Gypsy: Lostdom and Laughdom
This post may contain affiliate links or mention our own products, please check out our disclosure policy here.

by Sharlene Minshall - The Silver Gypsy
February 5, 2014Filed under: 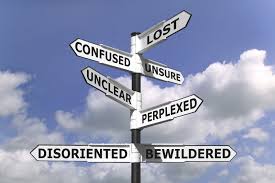 I left home with specific directions to the new doctor I was to see in Surprise, AZ.  Somehow, I did not write down the telephone number that was on my calendar.  The specific directions took me into territory that was new to me but not too far off the beaten path, so I followed them explicitly.  Imagine my surprise when I found myself in a residential neighborhood.  In my puzzlement, I pulled up next to a man washing his car.  He was from CO and didn’t know anything about the neighborhood, but just then a man, who was obviously his host, came out and asked if he could help.  We concluded that the directions from the Internet were to the doctor’s residence.

He was kind enough to go inside and get the right address but couldn’t find a telephone number, so I still couldn’t call and find out specifically where the office lived.  Anyway, he began giving me instructions as to how to get back to the main highway (although all I would have had to do was reverse my written notes).  He said, “Turn around and turn left, right, left, right and you will be on Bell Road” which was familiar to me.  The other gentleman came over and repeated those instructions.  I figured they both had seen the “deer caught in the headlights” registering in my eyes when they alternately repeated the directions again.  I finally asked the fellow who owned the house, “How many times do I have to wind up back here before this constitutes a relationship?”

Well, that at least broke up their repeating the instructions.  The house fellow laughed and said he thought maybe we already had one and the CO guy said, “Only if it includes me.”  I was going to say, “Not unless you are both unmarried and like older women” but instead, I thought it prudent to quickly leave the neighborhood.  Anyway, I won’t bore you with how many lost miles it took me to find that doctor’s office.

Let’s just say that my day went better after that because I laughed every time I remembered my conversation with the two guys in that warren of Surprise neighborhoods.  As a writer, I wonder what would have happened if I had gone back.  Hmmm.   God Bless until next week…or until I get a “smart”phone or GPS and learn how to use them!