You are here: Home / Blog / The Silver Gypsy: Man’s Best Friend
This post may contain affiliate links or mention our own products, please check out our disclosure policy here.

by Sharlene Minshall - The Silver Gypsy
May 1, 2013Filed under: 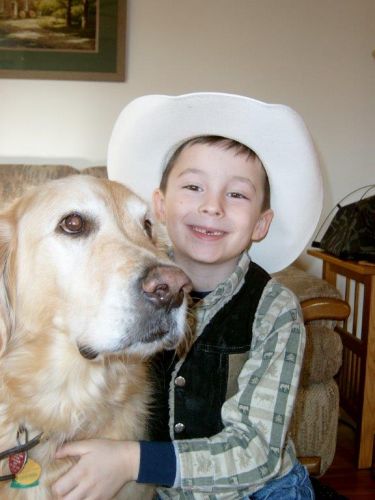 I read somewhere recently that an RVer thinks that RV campgrounds should provide plastic bags for dog owners. I say it is very nice if they do. But, in the story I read, the owner’s dog had done his duty and someone was really giving him what for because he didn’t pick it up. He said he had intended to but he didn’t have a plastic bag with him. When was he going to pick it up? You DO NOT hope and pray that the RV park has a box with plastic doo doo bags at the ready. If you own a dog, it is your responsibility to carry a pocket full of plastic bags with you whenever you take that dog on a walk.

A friend of mine (or I thought he was) was introduced to another friend. They realized they knew each other through their dogs. The dog park is an exercise enclosure for dogs and a gathering place for owners where friendships are often formed. My friend proceeded to tell this other fellow that “Charlie doesn’t like dogs.” I was stunned.

I definitely have my opinions about owners who do not pick up after their pets (and they are VERY good about that here). The coyotes are another matter. I don’t appreciate it when owners allow their pets a long enough leash line to jump up on me or jump up on my lap unexpectedly. I do like dogs, ones that are well behaved who come into my personal space only when invited.

I grew up with and my kids grew up with cats, dogs, guinea pigs, rabbits and a miserable Shetland pony, and if I now had any animal, I would love it to pieces, but I don’t. For starters, the dog owners I know are confined to a dog’s walking schedule (Remembering that most of these are inside dogs because people here are RVing at least part of the year). I am selfish enough to want to be gone as long as necessary for an outing or a shopping trip. Also, I wouldn’t kiss it! (Or, at least not tell!) It turns my stomach to see owners allowing and even encouraging dogs to kiss them. Do you ever stop to think where that dog has last had his tongue or what he has had in his mouth? Yuck!

And the barking…while expected at the dog park or when a dog is startled or protecting his turf, but to allow him to bark hour after hour…well, you can bet I’ll be the first one to complain. So yes, I do like dogs, but unbelievably, I believe they are still animals. They should be well taken care of and loved abundantly but that doesn’t mean you don’t have responsibilities so others can enjoy their environment. God Bless until next week.