You are here: Home / Blog / The Silver Gypsy: Old Friends
This post may contain affiliate links or mention our own products, please check out our disclosure policy here.

by Sharlene Minshall - The Silver Gypsy
February 12, 2014Filed under: 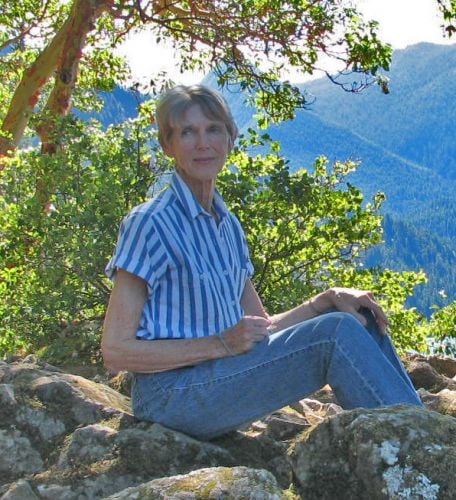 It was a surprise when I saw the Class B pull into the North Ranch Club House just as I was getting there on my walk.  I knew Grace Cota was coming for a visit; I just didn’t know when.  Grace was here several winters ago but I didn’t get acquainted with her until I did an interview of her for my other (at that time) RV Life column.  That column consisted of all RVer interviews called “The Meanderthal Generation.”

Let me tell you a little about her.  Grace Cota first rolled the tires of her 1995 Chevrolet Class B Falcon as a brand new full-time RVer in September 2007.  Grace lived in Pennsylvania for the first seventeen years of her life, “in a little town, in a little house, in a little bedroom.”  After divorcing in 1975, she bought three houses over several years and with the help of a contractor friend, renovated them, lived in them, rented them out, and eventually sold them.  Then in 1992, after 23 years as an elementary school teacher in Phoenix, AZ, Grace retired.  “I enjoyed it,” she said, “with exceptions.”  Spoken like a true teacher.

Grace never did let any grass grow under her feet.   This tall, slender, soft-spoken, restless lady explored China on a tour but elected to see eleven European countries, New Zealand, Australia, and Fiji via backpacking and hostels.  She traveled Guatemala and Baja, Mexico alone in a regular van.  Within her rich bank of experiences, which included a trip to Alaska during her married years, she has tried a multitude of activities like owning and riding a motorcycle during the three years she lived in Hawaii.

So with this background, Grace is always an interesting friend to have visit.  Our last connection beyond keeping up with each other via e-mail, was the summer I spent in Port Townsend, WA.  Lynn, another friend who has since died, owned one of the big Victorian houses on the hill above the town and allowed me to rent her basement studio apartment that opened directly onto a green lawn and a view of the ocean from the right angle.  It was a super fun summer because friend Chris was in the area for a month and between Lynn, Grace, and Chris, there was always someone to do things with on the whim of a call.

Needless to say, with Grace parked in my yard for a couple days and nights, we did a lot of catching up and it was great fun.  It is fantastic to share time with old friends.  I hope you are doing that, too.  God Bless until next week.