You are here: Home / Blog / The Silver Gypsy: The Beginning of Another Adventure
This post may contain affiliate links or mention our own products, please check out our disclosure policy here.

by Sharlene Minshall - The Silver Gypsy
December 4, 2013Filed under: 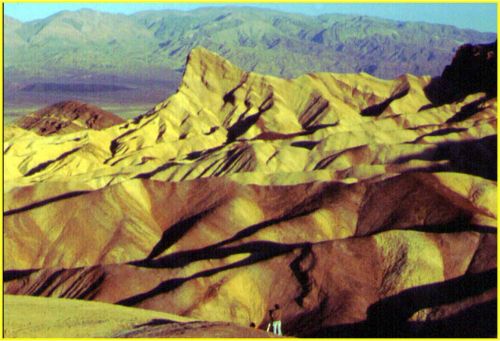 It was my privilege recently to be part of a five-day press trip.  Five writers from OR, AL, CA, NM, two from AZ, and our leader from CO, met for the first time at McCarran International Airport in Las Vegas, NV.  We scrambled into a rental van with our luggage and many bottles of water to keep us hydrated in our trip to and through Death Valley National Park.  We learned quickly that staying hydrated in this land below sea level made a difference in our energy and overall well being.

With a long ride ahead of us, we stopped at a Capriotti’s Sandwich Shop, for a mix of sandwiches and salads to munch along the way.  Although I’ll tell you more about Capriotti’s as time goes on, my sandwich was The Bobbie.  It is their specialty of in-house roasted turkey, homemade stuffing, cranberry sauce, and a touch of mayo.    It is like a Thanksgiving Dinner in a roll.  Mine was a little dry but if we had eaten in the shop, it would have been easy to jazz it up a bit.  Now I know what to do with the holiday meal leftovers (should I ever decide to cook holiday meals again).

Our Route #190 route took us through Death Valley Junction where the famous Amargosa Opera House lives.  The story goes that one Marta Becket of 1924 vintage, once a ballerina and actress, was driving to one-woman performances across the country when she and her husband experienced a flat tire in this far eastern part of California.  She discovered a theatre built by the Pacific Coast Borax Company in 1923 as part of a company town, and they decided to stay.  It is an interesting story on its own but briefly, they restored and brought back into being Corkhill Hall and changed the name to the Amargosa Opera House.  She continued her dancing and performing for many years, dropping the dance to continue with “The Sitting Down Show” in recent times.  Over the years, she personally created the theatre’s murals and sets.  Her performances began in 1968 and her final show was February 12, 2012.

Our next stop was Zabriskie Point within Death Valley National Park.  It has been my privilege to explore this unique park at least five times and one of my fondest memories is riding up to Zabriskie Point at sunrise with a friend on his Honda Gold Wing motorcycle.  (We heard riders on those spitfires refer to Rich’s Gold Wing as a “Winnebago on two wheels.”) The Point was magnificent with the sun climbing and warming our day, but the best part was having someone with whom to share the experience…but that’s another story.  God Bless until next week.