You are here: Home / Top Stories / See Thor’s 2017 Palazzo, Four Winds’ Class Cs and More
This post may contain affiliate links or mention our own products, please check out our disclosure policy here. 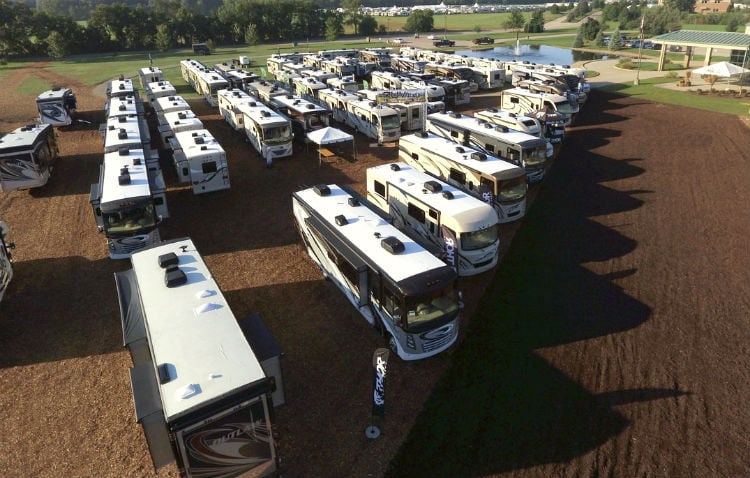 Thor Motor Coach offers a series of models as well as changes to existing model lines for 2017.

With a handful of new class A motorhomes in dealer showrooms after an early-summer launch, Thor Motor Coach (TMC) has introduced a new wave of models for 2017. These include a Palazzo floorplan, two Four Winds Class C models, plus a series of concepts designed for first-time and seasoned RVers alike.

In its class A diesel line comes the new Palazzo 36.3. According to Thor, this bath-and-half model sports hardwood, high-gloss cabinetry, pass through storage, ample seating areas, and an ensuite bathroom. There’s also a king-size bed with what the company calls the Tilt-A-View inclining bed system. 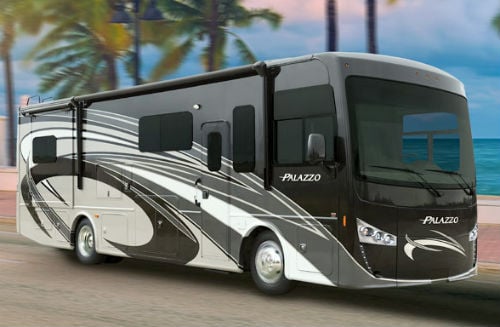 According to Jon Krider, marketing director for Thor, this system allows users to raise or lower the bed to exact comfort levels. However, when it’s completely raised, it increases space between the wardrobe and bed by about 20 inches, offering easier access to the ensuite.

“The Palazzo is the step-in model to our diesel line,” says Krider. “There are many features in the 36.3. So when buyers go from a high-end gas unit they’re not taking a step back into a diesel coach.”

Other news for 2017 includes the new 24HL Chateau and 24FS Four Winds Class C models. Running on a Sprinter chassis, these diesel models are said to deliver approximately five to seven more miles per gallon compared to a gas chassis. 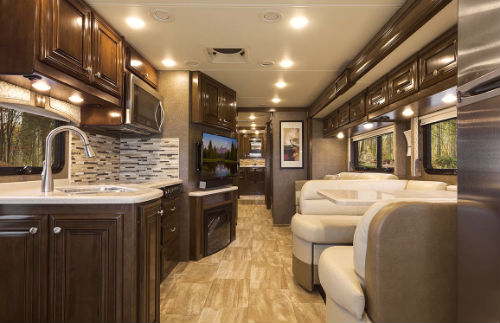 The interior of the 36.3 floorplan of the Palazzo coach.

With its series of features, optimum storage, sleeping accommodations, and entertaining capabilities, the FS and HL have dual slide rooms to provide spacious accommodations when set up in camp.

“RVers want a compact unit where they can travel as a couple or with children without feeling cramped,” says Krider.  “The 24FS and 24HL have the ideal compactness of a coach, but with ample space and improved fuel efficiency.” 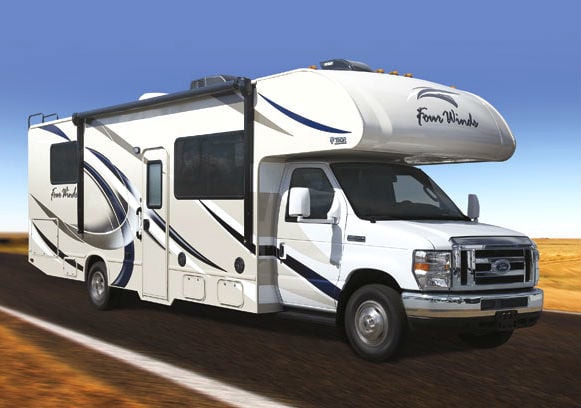 Other news for 2017 includes the new 24HL Chateau and 24FS Four Winds Class C models, which now run on a Sprinter chassis.

In all, according to TMC, the company announced a total of 18 new floorplans for 2017 including: