You are here: Home / Top Stories / Top Spots Every Snowbird Should Visit On North Carolina’s Coast
This post may contain affiliate links or mention our own products, please check out our disclosure policy here.

Whether you’re passing through while on route to a destination, or thinking about planning a trip here to explore the area’s exciting attractions, The Outer Banks on the beautiful North Carolina Coast offers excitement for the whole family with its temperate climate and endless activity.

Meandering through 200 miles of the narrow peninsulas means visiting picturesque, shore-side towns, taking in all historical attractions, or spending days under the sun and on the sand. The only concern you’ll have here is wishing you could stay longer. 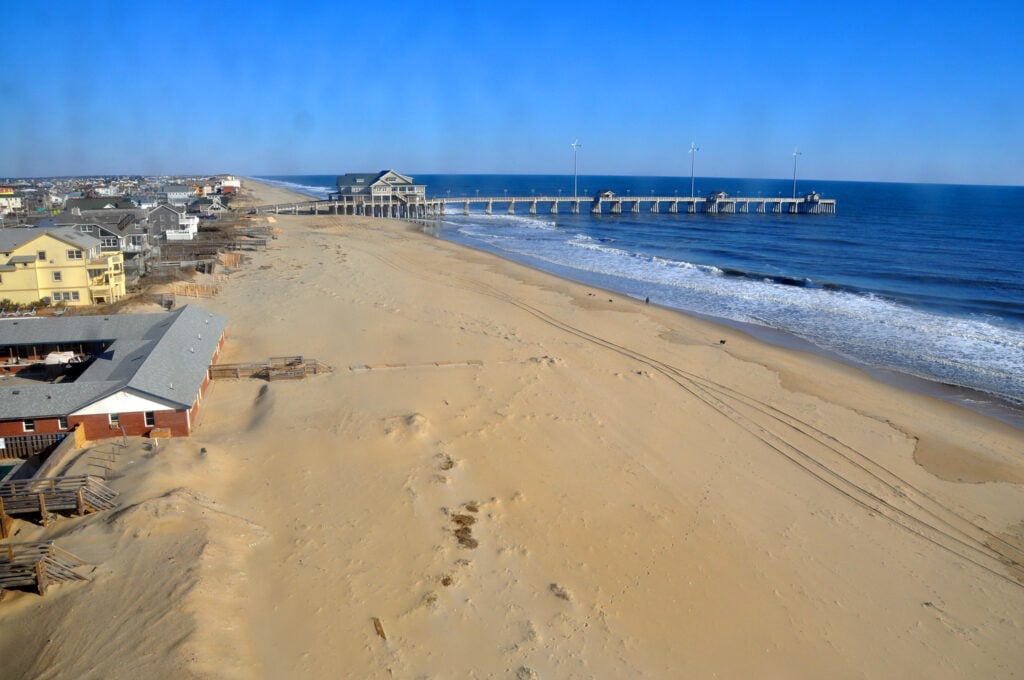 Located at the top of the Outer Banks, this region hosts a series of communities worth visiting with many attractions and things to do. RV parks are found in Kitty Hawk and Kill Devil Hills and from here, visit where the Wright Brothers took their first flight or travel a little north to the historic village of Corolla and admire the free-grazing Corolla Wild Spanish Mustangs. Tours are available.

Nearby Nag’s Head is another Outer Banks’ delight. Checkout Jockey’s Ridge State Park, where you’ll discover the tallest active sand dune system in the eastern U.S., or drop a line for your catch of the day at Jenette’s Pier. This is also where you can enjoy fresh seafood or a cool beverage from the award-winning Outer Banks Brewing Station, the country’s first wind-powered brewery.

Roanoke Island consists of the county seat of Manteo and the village of Wanchese. While Wanchese is a quaint fishing community with a beauty all its own, all the action is in Manteo. This restored waterfront community consists of a downtown area with a surrounding boardwalk, trendy shops, art galleries, and eateries. 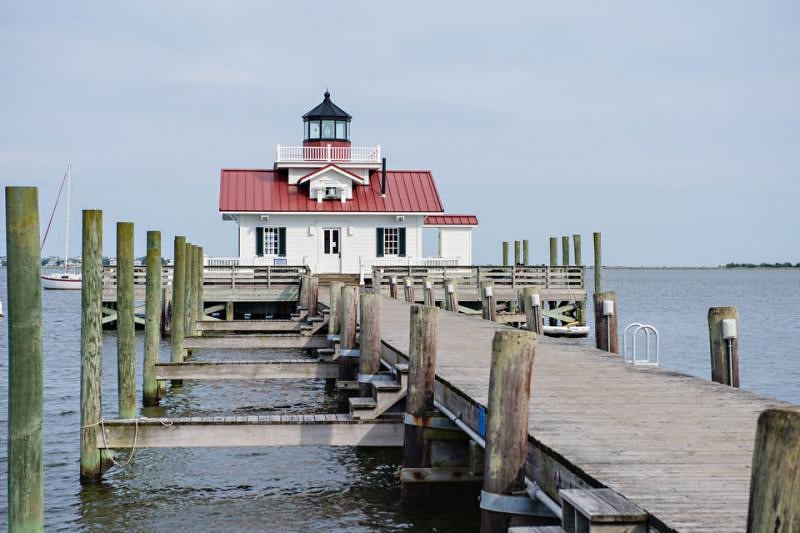 Plan a visit to Roanoke Island Festival Park, a 25-acre interactive historic site representing the first English settlement attempt in 1585, and catch the chilling production of The Lost Colony at The Waterside Theatre, which depicts the heroic effort through dramatic acting, song and dance.

Other popular attractions here include The Elizabethan Gardens, North Carolina Aquarium, and the Outer Banks Distillery (where you can sample the local favorite, Kill Devil Rum). One full-service campground is in Wanchese while other RV parks are located within a short distance.

Hatteras Island, the southernmost community in this region, stretches nearly half the distance of the entire Outer Banks. Fishing is very popular here as the island is just 15 miles from the Gulfstream, offering some of the best charter fishing off the North Carolina Coast. 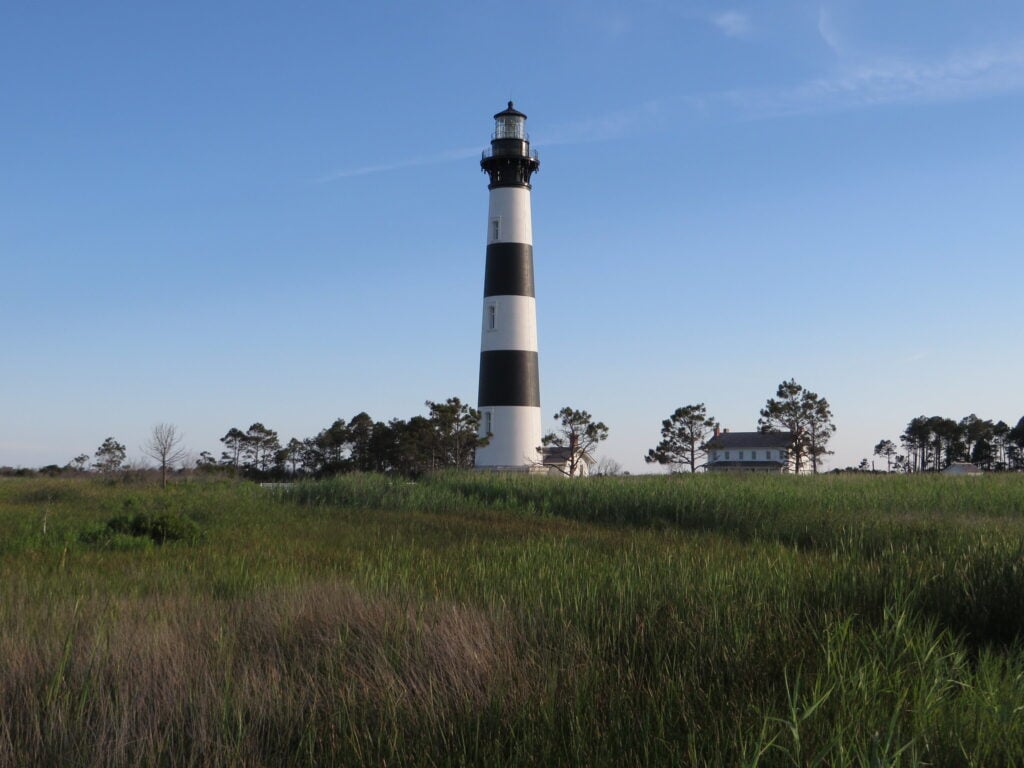 RV parks are nearby, and once settled, explore the Cape Hatteras Lighthouse, Bodie Island Lighthouse (open seasonally), the Pea Island Wildlife Reserve, or the Graveyard of the Atlantic Museum, which illustrates some of the country’s most significant maritime history.

Like many areas in the Outer Banks, the beaches allow vehicle access. While surfing is very popular, the west side of the village in Pamlico Sound offers more water-based activities to include swimming, windsurfing, kiteboarding, canoeing, and kayaking.

Ocracoke is one of the most remote islands in the Outer Banks and can only be accessed by a public ferry, which can accommodate trailers and motorhomes. 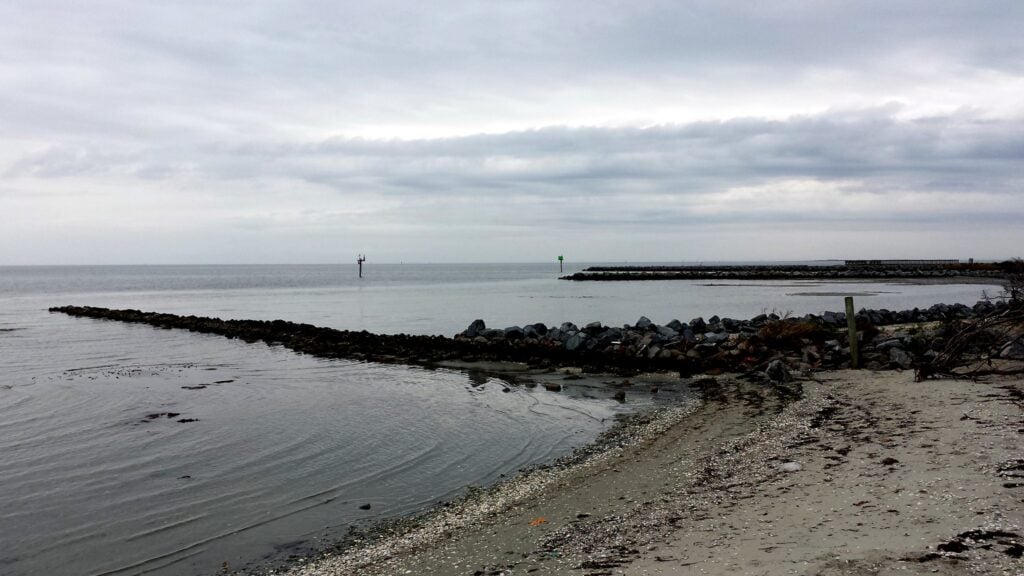 Four campgrounds are on the island, which are a close distance to the area’s scenic beaches. Some attractions in Ocracoke include Springer’s Point where Edward Teach (formerly known as Blackbeard) enjoyed his days prior to being caught and executed.

The British Cemetery, Ocracoke Preservation Museum, and the Blackbeard exhibit at Teach’s Hole are additional attractions to see. The area also attracts visiting and local writers, artists and other creative adventurers, thus offering one of the highest concentrations of art galleries on the Outer Banks.