You are here: Home / Blog / Trout Fishing; Following Lewis and Clark in Big Horn, Montana
This post may contain affiliate links or mention our own products, please check out our disclosure policy here. 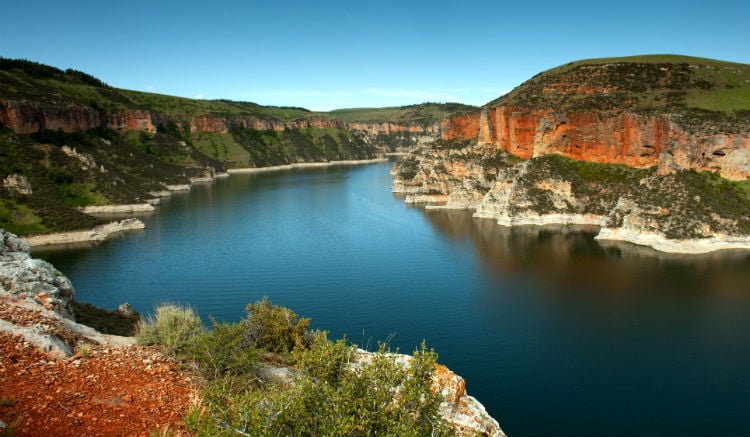 Rivers in this part of Montana, including Bighorn (above), are great for fishing. Photo by Donnie Sexton, courtesy of the Montana Office of Tourism and Business Development.

When the Corps of Discovery made it over the Bitterroot Mountains in Western Montana, Lewis headed north to explore the rivers that lead up toward Canada, while Clark headed south, looking to explore the lands that might be of future use to the expanding United States. Like Clark, my wife and I followed the southern route this past summer. We explored and enjoyed the region, and also came across some mighty trout from the Big Horn River.

The Rockies have some pretty remote places, and unlike the Idaho Bitteroot Range, we found some passes that provided gentler traveling. We enjoyed the trip through the mining country around Butte. We then headed east to visit my hunting and fishing buddy, Craig, to do some fishing. 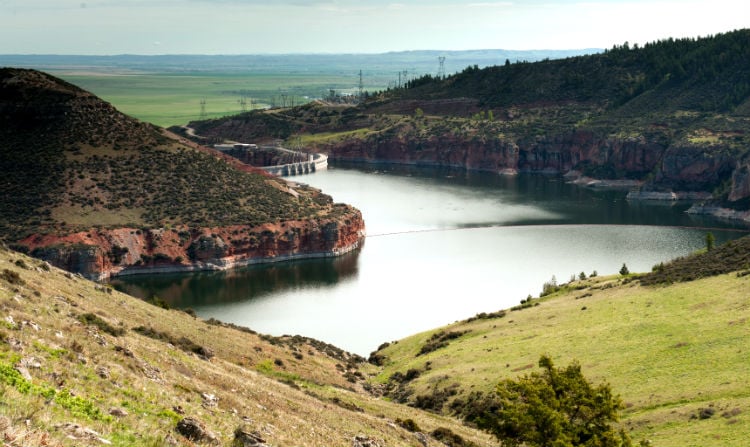 The Big Horn River. photo by Donnie Sexton, courtesy of the Montana Office of Tourism and Business Development.

Craig lives a little north of Billings in Montana and was willing to take me fly fishing on one of the legendary fishing streams near his place. Rivers in this part of Montana, such as Yellowstone, Gatlin, and Bighorn are great for fishing. They are rich, full of insects and trout and experiences warm, summer days that allow both to prosper. During our trip, we headed up the Big Horn River.  We fished a few miles below the dam. The waters below the lake are pretty cool, and they hold a nice population of rainbow trout. 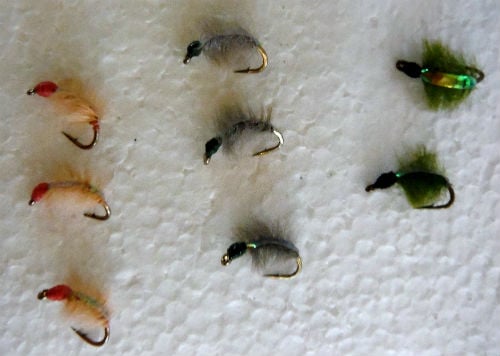 At a fishing turn out near Cottonwood, we grabbed our gear and stepped out into a blast furnace of a day. The fly we were using was a small pink blob called a “Ray Charles.” The fly imitates a little scud that lives on the bottom of the river and hides in the moss and rocks. A scud is like a little pink sow bug like a critter. The Ray Charles – named after the inventor who said that “even a blind man can tie it” – is fished just below a bit of split shot. If fished properly they bounce along the bottom. The fly itself floats just above the streambed, which attracts the trout feeding deep.

Many think fly fishing takes place on the surface. However, at least 80 percent of its diet comes from well below the surface.

When we got to the stream, we could see good numbers of big trout working the bottom. They reminded me of sturgeon. The trout push around the rock and moss, gobbling the little scuds.

We were having a bit of a challenge figuring out how to present the fly properly. However,  several local anglers who were fishing around us were having a ball. The trout were big, thick and feisty. A few were rolling on the surface, but they didn’t seem to be taking anything off the top.

We did manage to hook a couple and could easily see why this river was so popular. Huge fish, many over 18 inches were visible everywhere. As the river was also wide and shallow, you could see fish all over the place.

If we had more time,  I would have liked to book a guide. There were lots of tricks that I’m sure we missed and we could have learned a lot more about the fishery and river.

While fishing is free for seniors in Montana, if you live there you get hit for $35 for a day license. Regardless, there is no doubt that Montana has some amazing waters, and some very fat fish.