You are here: Home / Top Stories / Truck Camper Versus Trailer Or Motorhome? How One Newbie Decided.
This post may contain affiliate links or mention our own products, please check out our disclosure policy here.

RV builders make it tough to pick your first rig. When an outdoorsy couple from Northern California wanted to make the leap from a simple A-frame pop-up tent to a “real” RV, the choices seemed endless. Trying to choose between a truck camper versus trailer or motorhome was agonizing, but here’s why Ari and Kim Shapiro finally committed to a brand new 2017 Arctic Fox 990 truck camper. 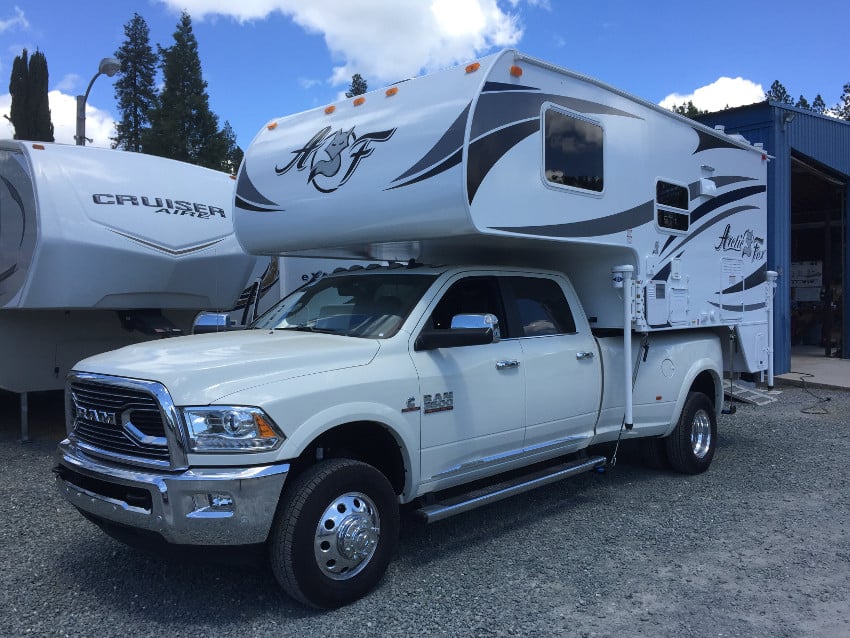 How do you decide on the right RV for you? Image: A. Shapiro

The Shapiros were dazzled by all the RV choices available today. Between the new models at RV shows and bargains found on Craigslist, the options seemed endless. Their RV comparison spreadsheet helped winnow down the prospects but committing was still hard. “When I had the money saved up and was really serious, I’d say I spent 5 months of driving my wife crazy with reading, talking, spreadsheets and driving to see rigs,” says Ari. 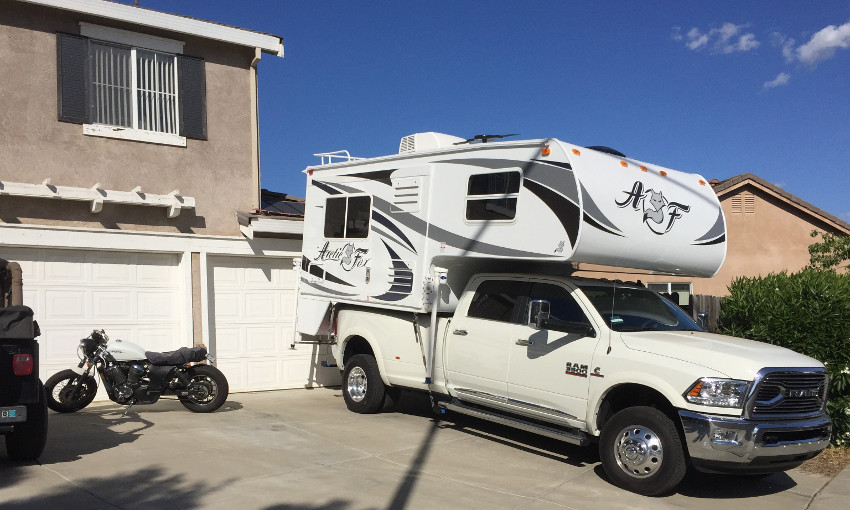 Truck campers can fit in a residential driveway. Image: A. Shapiro

The couple’s decision proved that buying your first real RV doesn’t have to be a lifetime commitment. Everyone’s needs and desires change through the years. The couple knew this, so when comparing RV models, they first considered their current life stage.

“I don’t think there is one perfect RV solution. We wanted a fifth wheel because I still feel they are the best all-round RV platform out there. But we decided on a truck camper as the right platform for our current stage of life, new empty nesters but not yet ready to retire,” says Ari.

How they picked the best RV (for now)

Their Arctic Fox truck camper perfectly suits them at this point in time because truck campers can do things like:

As anyone who has researched truck campers versus trailers already knows, the price difference between the two is quite small. “I almost bought a 27′ fifth wheel,” says Ari. “It’s hard not to lean that way especially when a truck camper costs almost as much as a nice fiver. But ultimately, the biggest deciding factor was the size and ability to get places larger rigs just can’t go. The truck camper is the right choice for us now.” 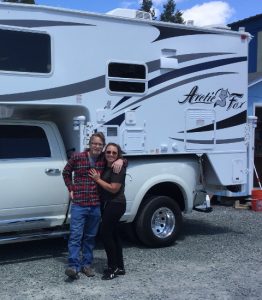 Once they pinpointed the type of RV they zeroed in on the Arctic Fox made by Northwood. The four-season design seemed perfect for their year-round camping style.

“We have a few friends that have owned Arctic Fox and other rigs. Hands down those who had experience with Arctic Fox would buy them again,” he says. The only problem with wanting one was finding a good used one. They searched everywhere and eventually discovered that Arctic Fox truck camper owners use their RVs – a lot.

Buying a brand new Arctic Fox was inevitable because the used campers they discovered in their search were worn out and beat-up.

Today their new RV is gleaming in the driveway, begging the couple to head out on a summer adventure. They’ll break it in by taking a few long weekend trips, then eventually head out on longer journeys.

“We are planning a trip to Alaska in the not too distant future as well as a few, week or multi-week trips along the West Coast and possibly east to Colorado,” Ari says.