You are here: Home / Blog / You Can Find Hidden Tufas Off This Nevada Highway
This post may contain affiliate links or mention our own products, please check out our disclosure policy here.

Sometimes the best attractions aren’t the ones in travel directories, but the ones you find yourself. Such was the case when we were visiting the Pyramid Lake area in Nevada. Pyramid Lake is a remnant of the much larger ancient Lake Lahontan, which has been evaporating for thousands of years. 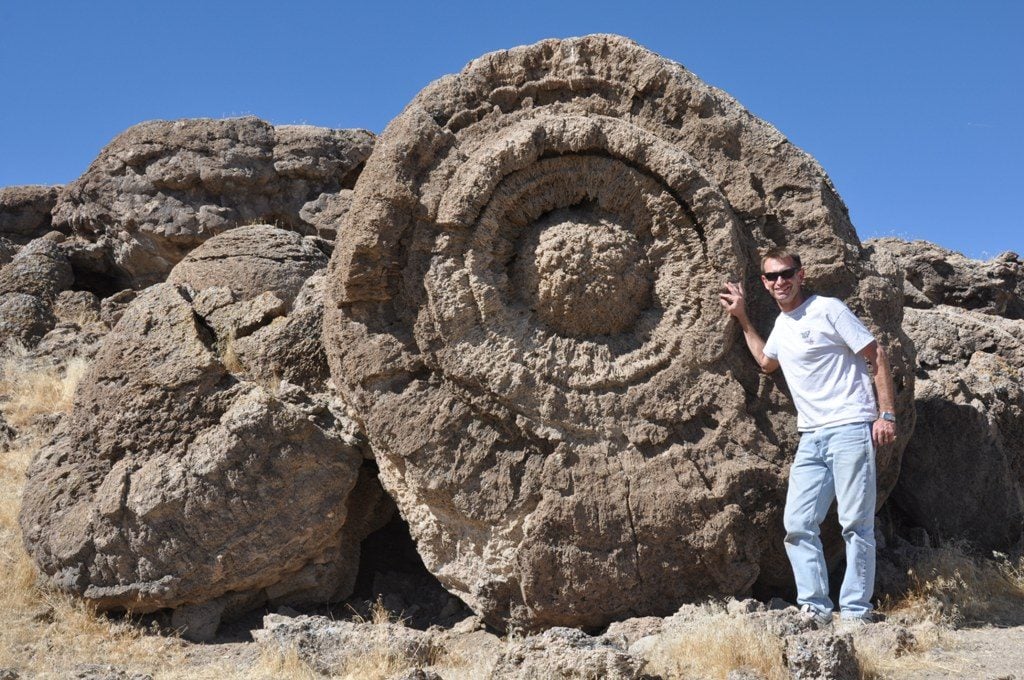 As the lake shrank, its tufa formations—which had grown under the surface—were exposed.

Tufa is basically common limestone. What is uncommon about this limestone is the way it forms. Typically, underwater springs rich in calcium (the stuff your bones are made of) mixes with lake water rich in carbonates (the stuff in baking soda).

While there are tufa formations around Pyramid Lake, the Pyramid Lake Paiute Tribe prohibits non-tribal members from visiting ones on the east side of the water. 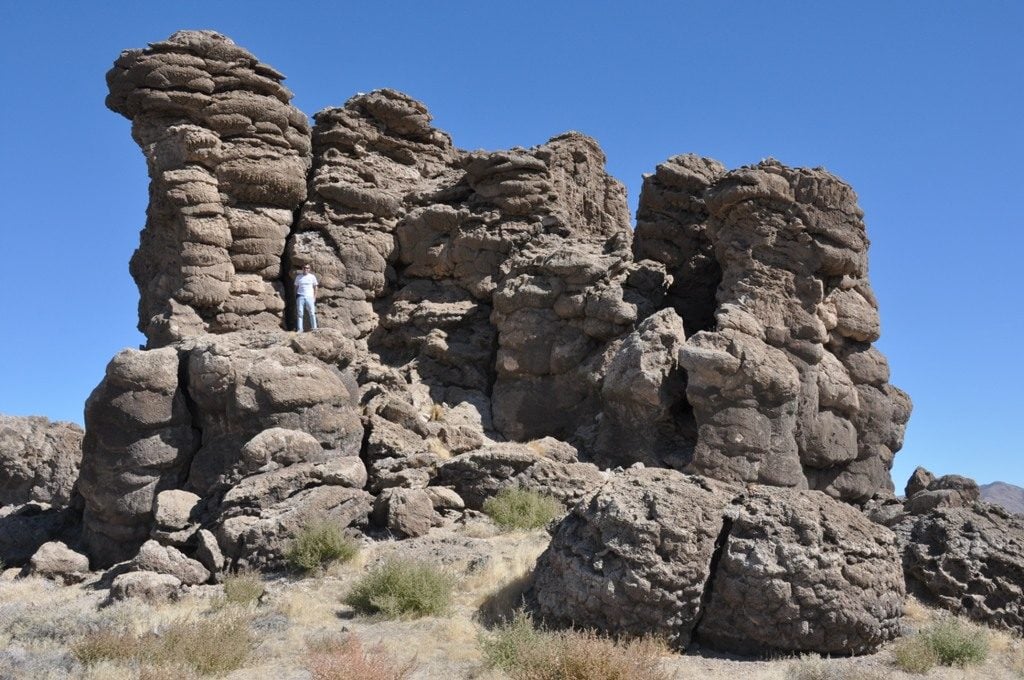 The southern formation, with the author for scale. Can you spot me?

However, out of sight of the lake near the east side of the reservation, there are some little known, unsigned, beautiful tufa examples just off Highway 447.

Some are still upright, just how they formed while under the lake surface, others were towers which have fallen over, exposing the intricate structure of the carbonate-limestone they are comprised of. 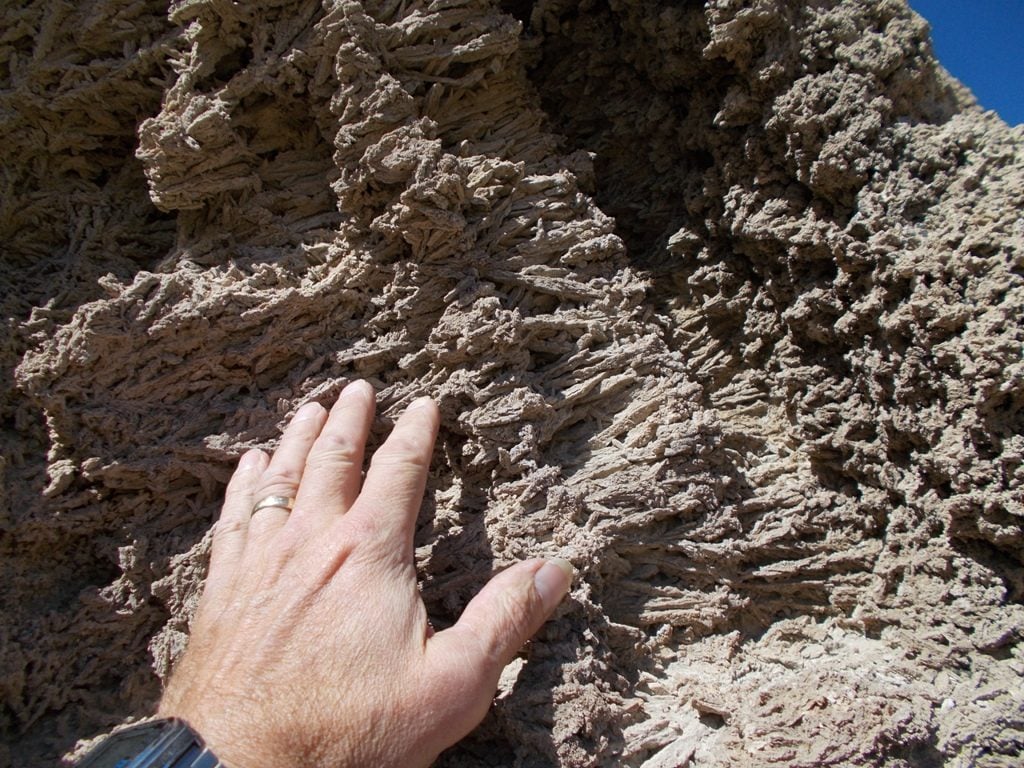 While there are multiple formations in the area, the best two can be found at the following locations:

Those wishing to spend the night in their RV will find a nice camp area complete with a rock fire ring next to the mentioned northern tufa formation at N39° 56.727 W119° 22.835.  Standard BLM dispersed camping rules apply.

Discovering unique natural features along your travels…just another great adventure in RVing!