You are here: Home / Blog / United We Fly
This post may contain affiliate links or mention our own products, please check out our disclosure policy here. 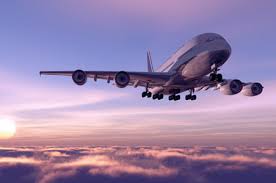 Having just returned from a Phoenix to Denver to Spokane flight and back and preparing for a VA flight, I can relate to NBC’s story on whether airplane seats are too close together. Perhaps it was because I was an “economy” passenger (those are the ones that may possibly wind up clinging to the wing or even more exciting, in front, dangling from the windshield wipers (as the wipers fend off birds)) that I was in row 5 to board the plane. For further punishment (though my ticket was bought at least two months previously), for the first time ever, my request for window seats was denied in favor of aisle seats.

I found that the aisle seats, under which I was to cram my thankfully almost flat and loosely packed carry-on, had a much narrower space than for the middle and window seats. By the way, how do all the passengers carrying those enormous carry-ons plus a huge purse or briefcase get away with those being “carry-ons?” There is no way they would fit the specifications shown on line and in line at the airport.
Well, anyway my point goes back to the NBC story about making the seats closer together and whether it would be safe in the event that everyone were forced to leave the plane on those slick slides during an emergency situation (like in the middle of the Hudson). I’m positive it wouldn’t be safe. Though I hate to admit it, I am short and I can just see bigger, taller, stronger people pushing me under, not in meanness, but in panic. What really bothers me is that as I looked around, the guys already had to spread their knees wide to sit comfortably in the seats. That is ridiculous. For as much as the airlines charge for tickets, changing tickets, luggage, food, drinks, and anything else they can think of, their seat’s knee space really is getting ridiculous.

Ah well, with no baggage fees and live crew entertainment, I surely wish Southwest Airlines flew into Lynchburg! God Bless until next week.