You are here: Home / Top Stories / Upgrading your Jayco This Year? Your Guide to the 2016 Highlights
This post may contain affiliate links or mention our own products, please check out our disclosure policy here. 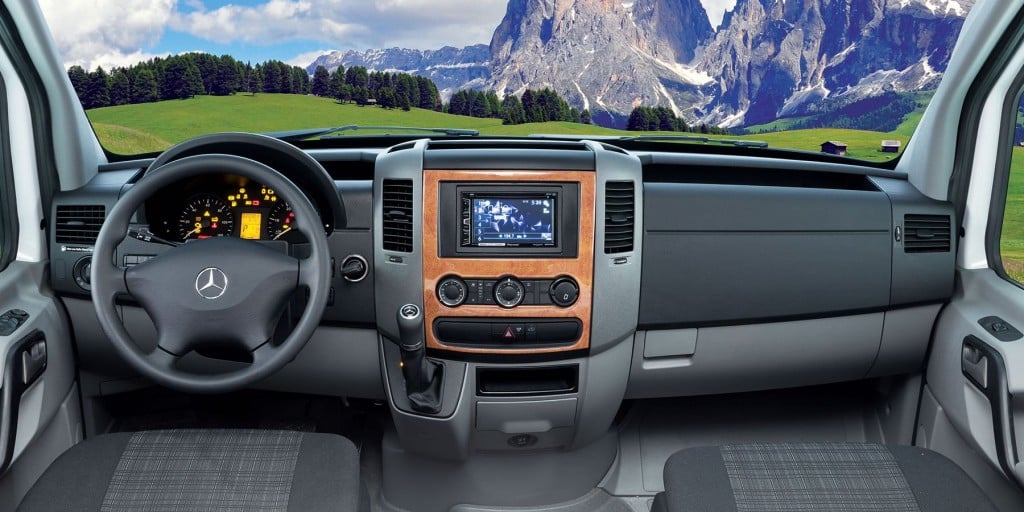 The dash of the new Jayco 2016 Melbourne Class C, built on the Mercedes Sprinter 3500 chassis. 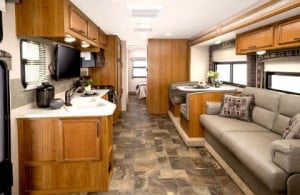 The Interior of the Jayco Alante 31V Class A.

Jayco has many new exciting changes and designs across its model line for 2016, offering more functionality for the new season. Be sure to check out all of the latest models – from its value-packed Class A series to the entry-level camping trailers – to find the model that is suited for your lifestyle.

Refined with fresh styling and appointments, the Allante Class A is offered in six floorplans for 2016, ranging from 27 to 33 feet, with the most current being the 32 M. Each floorplan now also features the company`s exclusive JRIDE handling package, providing a suspension system that’s quiet, easy to handle and a treat to drive. Two interior decor and two exterior graphic packages are available, while a Customer Value Package further complements its list of long standards. 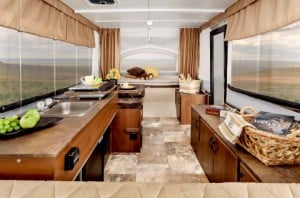 Three model lines are found in Jayco`s Camping Trailer Series consisting of the Jay Series, the Jay Series Sport and Hardwall Campers – all perfect for first-timers just getting into the swing of the RV lifestyle. According to Jayco, these units can be simply set up by just one person in less than a minute. Many floorplans are available and each unit offers an ample sleeping capacity. For 2016, expect to see new power lift systems, plus an increased fresh water tank capacity.

Into off-roading? Perhaps look no further than the 1001XR model (previously known as the Baja) that’s built for off-road adventure with its hard-core utility deck, 15-inch Dunlop Mud Rover tires and a deck that hold up to six bicycles, three dirt bikes or an ATV. 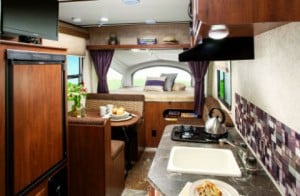 The 2016 Jay Feather 7 16 XRB, which is just one of the floorplans available in this series.

More models and floorplans are found in the Jay Feather Series, which can easily be towed by most SUVs, minivans and crossovers. Some added features for 2016 include four Murphy bed models, foot flush toilets, new exterior graphics, and black diamond plates to protect the unit (s) from road debris. Select models are equipped with a standard 6.3 cubic-foot refrigerator, a 40-gallon freshwater capacity, standard oven and six-gallon water heater.

There`s a lot to like about Jayco`s Class C offerings for 2016, whether it’s in the Seneca, Red Hawk or Grey Hawk series. This year, there`s the new 2016 Melbourne, built on the Mercedes Sprinter 3500 chassis and powered by a V6 turbo diesel engine. Two floorplans are available and the sleek interiors include a high quality queen-sized mattress, 32-inch LED HDTV, and what Jayco calls a dream dinette mechanism. 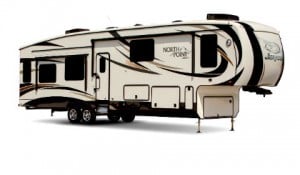 With many similar new concepts as the North Point, the Pinnacle Fifth Wheel has been upgraded with a new front cap design. The Pinnacle can be outfitted with the available Jayco Luxury Fifth Wheel Package or choose The Pinnacle Advantage Package, which highlights residential natural Cherry hardwood cabinet doors, oversized 36-inch-wide residential showers, and a wood-mantle fireplace. For added structural integrity, all of Jayco’s Luxury Fifth Wheels, including the Pinnacle, now include six-inch continuous-radius roof rafters, offering additional insulation and more interior clearance into the bedroom and bathroom.