You are here: Home / Columns / Tech Tips / Using All of our Senses
This post may contain affiliate links or mention our own products, please check out our disclosure policy here. 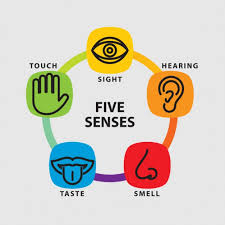 Seems like the male of the species gets all the blame for having no senses. I know, we get blamed for not having any sense, either, but in this case, I do mean “senses,” as in sight, hearing, touch, smell and taste. When it comes to RVing, most of us guys are smart enough to use our peepers, but sometimes the other senses get left out.

Case in point: At the start of the last heating season, the fairer sex in the family began mumbling about a funny noise in the furnace. OK, maybe she wasn’t mumbling, but I suppose that was the foundation of the problem. After more than three repeats of “Can’t you hear that?” (or was it six?), I had to listen a little closer. OK, maybe every time the furnace fired off, it did sound a bit like a Harrier jet on takeoff. But hey, what do I know—I guess it sounds a bit different, yeah.

As the weeks rolled by, the pokes in the ribs at 5 a.m. increased, along with the “Are you going to do something about it?” commentary. Frankly, I didn’t know what to do about it, and in my own level of maleness figured, “Well, maybe it’ll go away.” And it did go away!  One morning  the furnace simply refused to light, leaving us shivering, and me grumbling as I eyeballed the propane bottles and found them not lacking.

After checking the circuit board and replacing a suspect ignition electrode, I, the fearless family RV tech, was, as they say across the pond, “nackered.” With a little help from a couple of buddies, we yanked the furnace out of the side of the trailer and hauled it down to our friendly professional RV tech. He told us the problem with the “fail to ignite” was a bum motor bearing, and a new motor would fix the problem. In passing I mentioned the great roaring complaint, and he shrugged. I think this indicates that more women should become RV technicians.

On delving into the fractious furnace, however, the tech found something far more insidious—and deadly. That roaring noise that the better half had harped on was caused by the burner assembly—it was rapidly self-destructing. Had we “let it go” too long, the furnace flames would have no longer minded their manners—quite likely they would have burned through the combustion chamber, and either caused a fire or simply poured carbon monoxide into the heat distribution system throughout the RV, probably bringing a premature (and permanent) end to our RV lifestyle.

Do you listen?  Not only to your wife’s more attuned senses of “something sounds different” complaints, but to your own internal warning system?  The five senses can be called into RV troubleshooting (and trouble warnings) more than we might think.

So open the ears, fellows, and listen for “differences” in how things sound. And OK, if your hearing (or differential detecting) ain’t up to par with your wife’s, slow down and listen when she starts beeping like a smoke detector.

Where else can the senses come into play?  Touch is underrated.  It’s good to feel the surface of your RV tires. Feel the tread as you glide your hand back and forth over the rolling direction of the tire. Watch out for rough edges, ridges, bumps. I was actually able to find a problem in our tow rig’s tire before the thing blew.  It’s a shame I missed the other one that ate up a big chunk of my dually wheel well.

Smell?  Again, it seems like men folks get slighted for a lack of sniffer sensitivity, so again, listen to that female proboscis. If it doesn’t smell right, investigate.  Evil smells around the RV could be anything from an LP leak to a whiff of black water tank odor (indicating a bad seal maybe) to a slightly dragging brake that’s overheating.

Taste? Well, happily that sense and holding tank diagnostics don’t go together, except in the case of the fresh-water holding tanks. We don’t drink much from our rig’s tanks; instead we refill drinking water jugs with “the good stuff.” But if tooth-brushing water begins to taste a bit “off,” don’t write it off to your imagination.  It could be your fresh water tank needs a clean up, or maybe your really did take on a bad batch of Adam’s Ale.

I don’t know what you call the sense that radiates up through your rump while behind the wheel. Maybe it classifies as “touch,” but most of us know that “feel” when something isn’t quite right in the steering and the ride—and that something isn’t always the pavement.  Pay attention, start looking, in the end it could save you big money—like when the drive shaft falls out because you didn’t pay attention to that vibration that was really a u-joint readying for retirement.

And of course, never discount your eyes. Get in the habit of doing a “walk-around” whenever you make a stop during an RV trip. Eyeball the tires. Feel the wheel hubs (excessive heat could mean bum bearings). A quick spot under the engine of our rig on a stop led to my crawling underneath and finding that a mechanic had failed to securely tighten the drain plug on the day-before’s oil change. Now that really would have been a disaster, had it not been caught.

Broadening your use of senses takes a bit of practice, but it can pay large dividends.  Still, it isn’t an easy act to develop, as an Arab proverb puts it so well: “Habit is the sixth sense that overrules the other five.”

Russ and Tiña De Maris are authors of RV Boondocking Basics—A Guide to Living Without Hookups, which covers a full range of dry camping topics. Visit icanrv.com for more information. This column is a reprint from the March 2011 issue of RV Life.