You are here: Home / Columns / Tech Tips / The Real Deal About Using Nitrogen-Filled Tires for your RV
This post may contain affiliate links or mention our own products, please check out our disclosure policy here. 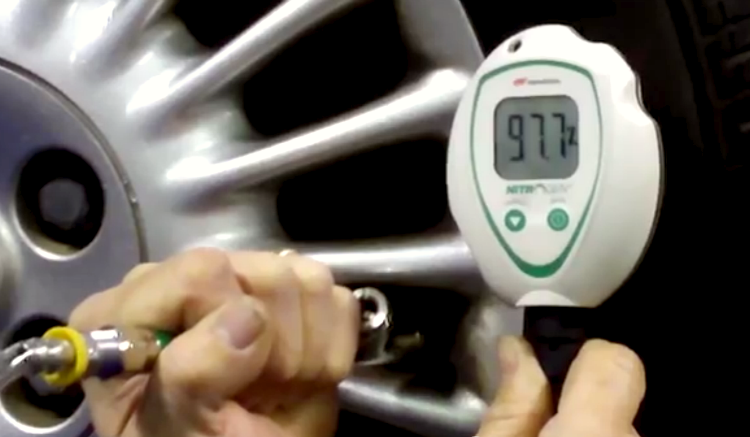 To fill tires with nitrogen, a Nitrogen Tire Inflation System (which is a service usually available at local tire shops) uses a membrane to separate the nitrogen, passing it along through a compressor to your tires. Photo courtesy of Elizabeth AutoCare.

For years, some representatives in the tire industry have been pushing the idea of using nitrogen-filled tires instead of air. The arguments for using this inert gas for tire inflation are myriad.

Further, nitrogen fill systems are dry and don’t dispense water vapor into the tire. No water in the tire means the rim will have less of a tendency to rust (at least for certain rims that are not made of aluminum), thus it will last longer. When water vapor is present in compressed air and put under pressure into a tire, it will likely condense and end up as liquid water.

“The likelihood of creating any significant damage is pretty slim,” says 40-year tire expert, Roger Marble. Marble explains that corrosion issues are typically on the outside of the rim, rather than in the air chamber. He reports he doesn’t ever recall seeing any serious corrosion issues in an air chamber. 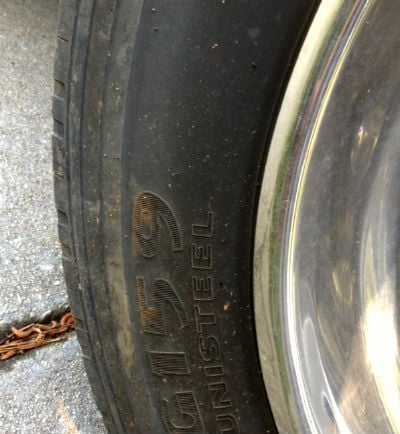 Nitrogen fill systems are dry and don’t dispense water vapor into the tire, meaning certain  rims will have less of a tendency to rust. Photo courtesy of iRV2.com member, Cheepjeep80.

So, is using nitrogen in your RV tires a good idea or is it really a lot of hot air? Nitrogen is an inert gas and doesn’t support combustion. It’s a pretty common gas. Seventy-eight percent of what you breathe is nitrogen, 21 percent is oxygen, and the remaining 1 percent is a mixture of other gasses. To fill tires with nitrogen, a Nitrogen Tire Inflation System (which is a service usually offered at local tire shops) uses a membrane to separate the nitrogen, passing it along through a compressor to your tires. The nitrogen content coming out of a nitrogen fill hose needs to be at least 93 percent pure.

The Environmental Protection Agency points out that poorly inflated tires on American roads consume millions of gallons of fuel needlessly. Does nitrogen make a difference? If your tires are kept at the proper inflation rate, it doesn’t matter if you’re using nitrogen or oxygen. There is no scientific basis to suggest that nitrogen itself will deliver better fuel economy.

On the other side of the coin, filling your tires with nitrogen is more expensive than air. The Get Nitrogen Institute says this about cost:

“The average cost to fill a tire can vary  from anywhere from $3-$10 per tire. This depends on several variables including tire size and tire pressure. It also depends on whether the dealer chooses to bundle any other services in with the nitrogen fill. The cost usually includes top-offs for as long as you own the tires.”

If you’re pulling a fifth wheel and using nitrogen that will include four tires for your tow vehicle, plus your trailer tires and two spares. This equates to a minimum of 10 tires. Add two more for a dually towing unit and two more for a triple-axle trailer. This may cost anywhere from $30 to $100 minimum to fill your tires.

Now, what happens when you’re out on the road, away from your free top-offs? You can certainly do it with free or low-cost air or you can look to pay through the hose for nitrogen, provided you can find a provider within a safe distance. If you use air, you’ll later want to get those tires purged and refilled again. 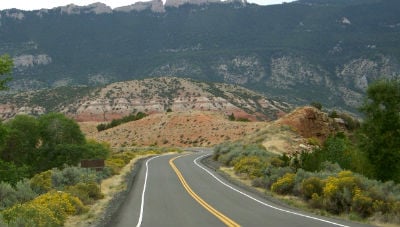 If nitrogen is your decision, here’s a pointer from the pros. Tires need to be purged of air to be filled properly with nitrogen. This typically calls for three or so cycles of filling, deflating, and then filling again with nitrogen. Do not allow the tire folks to “vacuum” out your tire, causing it to turn in on itself. That’s about the equivalent of deliberately trotting your tire through a pothole, in terms of potential tire damage.

You may also want to invest in a good tire gauge. A “needle on the dial” gauge is better than the “pen-style” A relatively inexpensive digital electronic gauge is good as well. You may need to check your tire pressure at least weekly or every time you pull out with your rig. Keep the pressures inflated to the recommended level, based on load weight. That’ll help keep costs down at the fuel pump.

Still worried about potential damage from water vapor in compressed air? One RVer I know of uses the “el-cheapo” method. Before he sticks the air line on his tire valve, he blasts the air across his finger. In the event there’s a lot of wetness, he keeps blasting to see if perhaps the water vapor had simply accumulated in the hose. When it doesn’t yield dry air, then he moves along to another air purveyor.

If there is still a concern, purchase a desiccant filled airline filter, which goes between an air tool and a compressed air line. The filter removes moisture out of the air. When it needs replacing, the desiccant in the filter changes color. Yes, you’ll have to do a little plumbing 101 to get a fitting on the inlet side to reach the air chuck, then put another air chuck on the outlet side. Nonetheless, you can rest easier knowing you’ve dehumidified your tire fills.