You are here: Home / Top Stories / Weekend Escapes in New York’s Finger Lakes Region
This post may contain affiliate links or mention our own products, please check out our disclosure policy here. 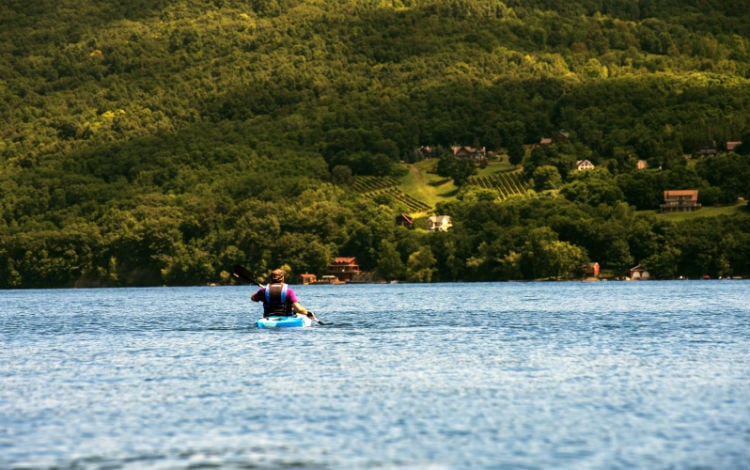 For many family RVers, seasonal holidays can be limited to enjoy time on the road. In the northern part of the U.S. – from Michigan to  Maine – are countless of weekend getaways. One area in between is Upstate New York’s Finger Lakes region. This expansive area of the Empire State consists of 11 freshwater lakes with 14 surrounding communities that are perfect for quick weekend RV trips (or if you’re just passing through on route to your destination).

The lakes themselves are mapped-out similar to fingers on two hands and stretch north-south in Central New York. The region attracts thousands of visitors each year and offers plenty to do indoors or out. Here are three key destinations to consider this season, which are also great starting points to further explore the region all summer. 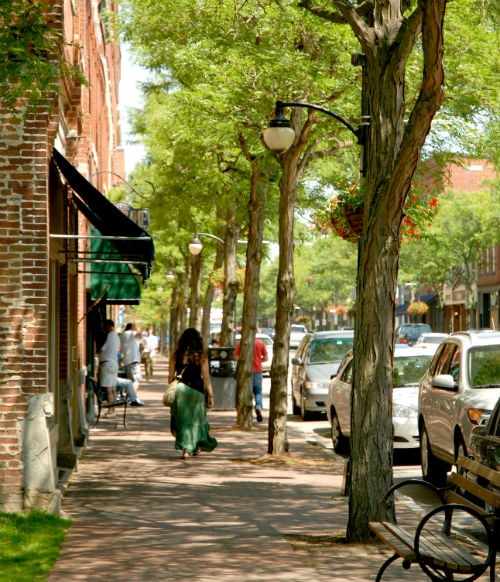 Located south of Rochester and Syracuse with several campgrounds in the area, Corning is best known for where the famed CorningCookware was invented and once manufactured by Corning Glass Works (now called Corning Inc.).  A reflection of this is the Corning Glass Museum where visitors can admire one of the world’s best collections of glass works, which spans more than 3,500 years. From periscopes and telescopes to fiber optics and space shuttle technology, visitors can learn pretty much everything there is to know about the uses of glass. Hot glass shows, an innovation center, and glass-making sessions are other highlights (admission is free for youths under 19 yrs.). There’s also The Rockwell Museum, which hosts one of the most significant collections of western art east of the Mississippi, as well as The historical Finger Lakes Boating Museum that illustrates the nautical history of boating in the region. Shopping and dining can also be enjoyed in Corning`s Gaffer District. However, if the outdoors are more your thing, several activities can be enjoyed on Keuka Lake, just north of Corning. 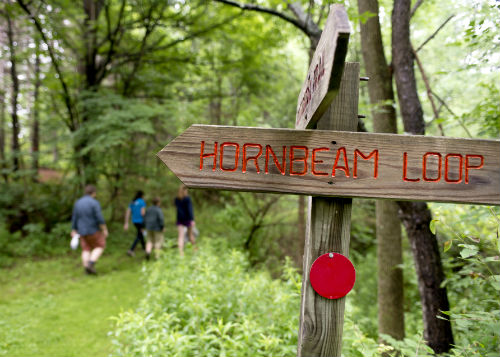 After a closer look into this county, you’ll realize there are many attractions to visit, whether you’re staying right in Elmira or at one the many campgrounds in the region. Located approximately 15 miles from Corning, this area is known as Mark Twain Country, where in Elmira, the author was inspired to pen many of his acclaimed novels including The Adventures of Tom Sawyer and The Adventures of Huckleberry Finn. Visit The Mark Twain Study (that’s known to be one of the top literary attractions in the U.S.) at Elmira College, tour his summer home, or pay respects at his final resting place at Woodlawn Cemetery. Some other attractions in Elmira include the Tanglewood Nature Center and Museum, which houses more than 43 different species of animals, Elridge Park that boasts many activities for all ages, and the Harris Hill Soaring Center Museum that celebrates the history of motorless flight and gliding.

To the north of Elmira and Corning is Yates County, which consists of nine communities and a handful of villages with many attractions to visit in between. The county is in the heart upstate New York’s wine country and the designated wine trail reflects the agricultural influence of the region. One of the more popular attractions is the Windmill Farm and Craft Market, the first operation of its kind in upstate New York. It`s located between Penn Yan and Dundee on NY Route 14 A and has approximately 200 shops and services, ranging from crafts and clothing to bakeries, cafes and fresh produce. Yates County is also located at the eastern tip of Keuka Lake and Keuka Lake State Park. So, if you don’t feel like shopping or sightseeing, you can fish, swim, kayak or canoe. Among the many popular trails is the Keuka Lake Outlet Trail where you can bike, hike and take in many activities along its route. 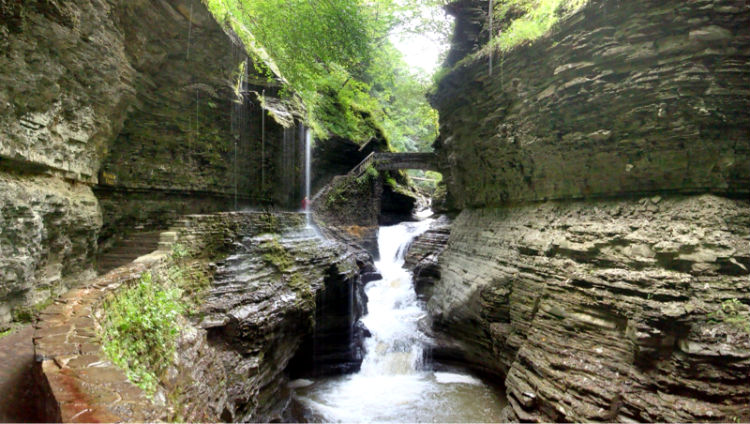 Don’t limit your visit to these three destinations. There’s many other top spots including Watkins Glen State Park, which is considered the most famous of the Finger Lakes Parks. The Glen’s stream descends 400 feet past towering cliffs, creating 19 water falls along its rushing, nautical path. Nearby is Seneca Lake where great fishing awaits, as well as Catherine Creek, which is famous for its annual spring run of rainbow trout.

You may also want to spend a weekend exploring part of The Montezuma Wildlife Refuge, which spans 9,809 acres throughout the Finger Lakes in Seneca, Wayne and Cayuga Counties. It’s also home to numerous migratory birds and fishing is permitted in designated areas.