You are here: Home / Top Stories / Want a Unique Desert Experience? Try The Burning Man Festival
This post may contain affiliate links or mention our own products, please check out our disclosure policy here.

by Steve Fennell
November 17, 2016June 17, 2021Filed under:
Table of Contents show
RVing at Black Rock City
But What is The Burning Man?

Every year the Black Rock Desert just north of Reno in Nevada comes alive with up to 65,000-plus kindred spirits at The Burning Man Festival. They come to form Black Rock City and celebrate the purity of life. An event unlike any other you’re ever likely to experience, it was first introduced in 1986 and is always held a week prior to and over the Labor Day Weekend. 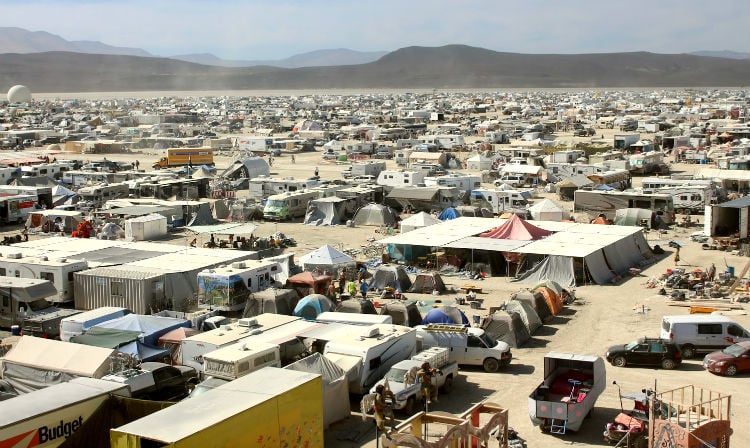 While not for every kind of RVer, Burning Man commemorates a departure from society’s social structure. Photo by Chelsea George 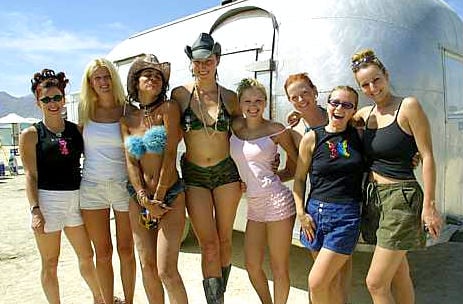 For eight days in the middle of the desert, attendees socialize, share and develop a strong, bonding community. Most notably, a big draw at Burning Man is the range of self-expression. Every year there is a central theme that relays through several genres of live music, electrifying multimedia shows, themed camps, eccentric attire and countless forms of art. While many start preparing for Burning Man weeks in advance, others begin planning several months earlier.

What’s more, Black Rock city spans five miles and all throughout, people share alike. But what makes Burning Man so unique is its unbiased atmosphere and everything and everyone is accepted. Also, Burning Man commemorates a departure from society’s social structure. So, attendees virtually live “off the grid.” There is no electricity, no running water, traditional food vendors cannot be found, and no, there isn’t WiFi. 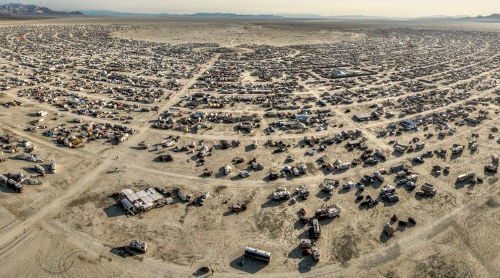 Burning Man attracts thousands of RVs and while there are no exact figures on the number of rigs, a 2015 Census Report from the Burning Man Project in San Francisco revealed that 17.9 percent of the vehicles at Burning Man were RVs. In addition, truck and trailer rigs accounted for 15.8 percent, and 26.2 percent of visitors stayed in a camper-trailer.

Also, from an RVing perspective, it`s the epitome of dry camping and preparation is king. So, essential supplies include a swamp cooler that’s designed for RVs, food, water, tools, generators, fuel, cleaning supplies, plus solar power and lithium batteries for reliable energy when you need it.

“RVs are essentially used to provide additional comfort from the environment,” explains full-timer Sam Morrow who attends Burning Man every year. “It can be 100-plus degrees during the day and then drop to extreme low temperatures at night. There are also the dust storms, which are crazy. It’s a desert unlike any other and the sand is a fine dust. It gets everywhere.” 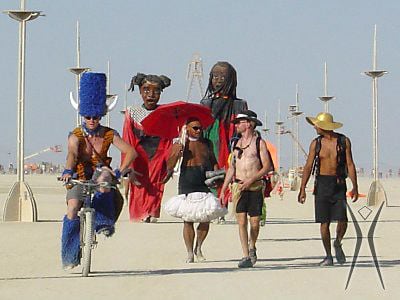 Self expression is a big part of Burning Man. Photo by Steve Fritz

Also, Morrow suggests minimizing trash or waste and what you bring to Burning Man, you take with you.

Additionally, Morrow advises to bring pre-cooked, frozen meals extra gallons of water, and always use insulated water bottles. As far as daily living, conserve and ration supplies wisely. Take sailor showers, use a spray bottle to wash dishes and only use your generator when you need it. Bicycles (electric/non-electric) and other forms of portable transportation (and there are many) are a good idea. Due to the desert heat, it’s also wise to practice safe food storage and preparation.

“A lot of people do things for each other and Burning Man really consists of a small city,” says Morrow. “It’s a celebration of life and offers a multitude of experiences you can`t get anywhere else in eight days.” 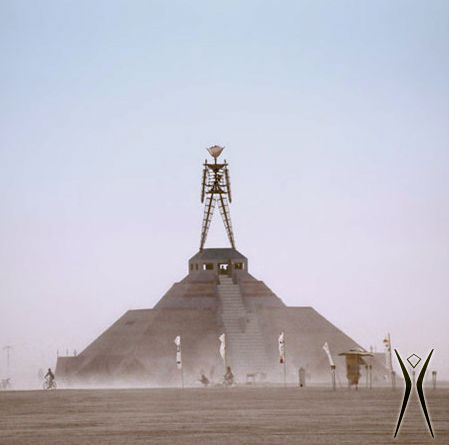 The Man is a wooden effigy that stands 40 feet tall on a 35-foot wide wooden platform. Photo by Waledmar Horwat

But What is The Burning Man?

This is a common question and there’s an actual wooden effigy of “The Man.” Although the size of The Man varies from year to year, it’s an enormous structure and stands on a wooden platform. The Man is then set on fire at the end of the festival with a celebration.

“The burning of The Man means whatever you want it to mean,” explains Topher Clark, a 14-year veteran of the event. “Further, it’s a different experience for different people. Some go for the art, which is amazing, while others go for the community aspect and the radical inclusiveness. Others attend just to get away from the social construction of reality for a while.” 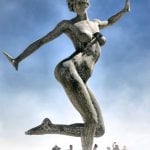 The art is also spectacular. Photo by Steve Fritz 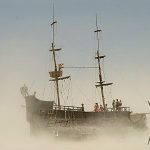 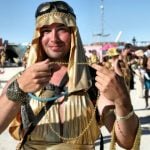 Self expression through attire. Photo by Steve Fritz 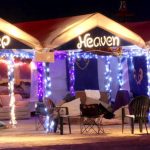 There are several themed camps. Photo by Steve Fritz