You are here: Home / Top Stories / Wild Edibles? Be Careful Of These Toxic Look-Alikes
This post may contain affiliate links or mention our own products, please check out our disclosure policy here. 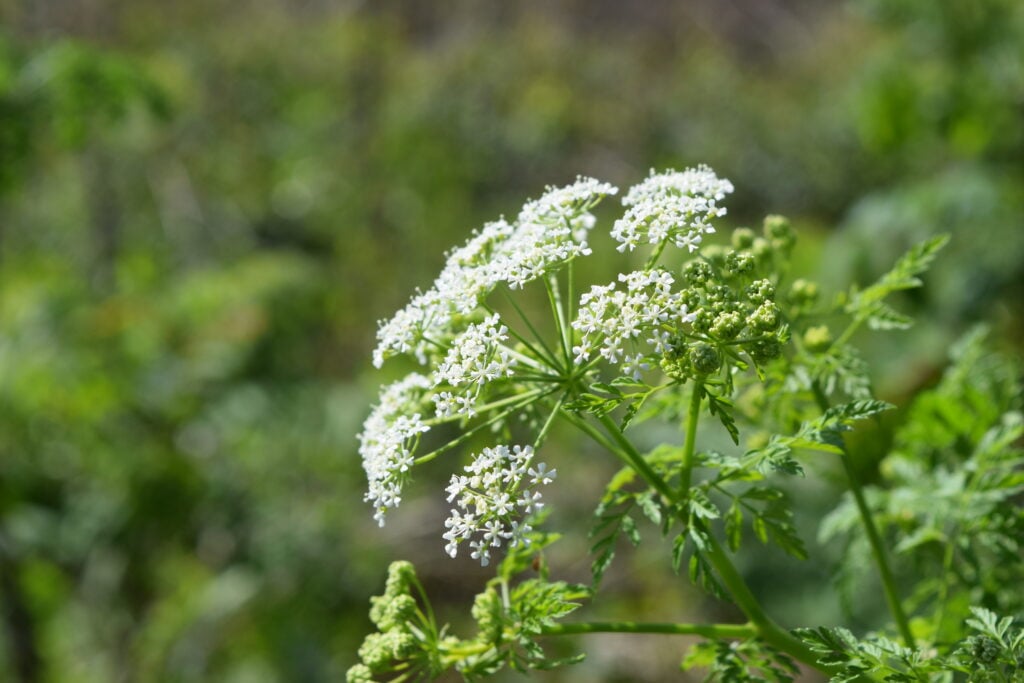 Wild Edibles? Be Careful Of These Toxic Look-Alikes

More and more outdoor enthusiasts are gaining interest in wild edibles or foraging the forest for local plants that can be eaten.  While this may be a fun diversion to explore sustainability, it isn’t something you should do unless you are certain that you’re selecting plants that will not make you sick.

There are many doppelganger plants that mimic edible plants but are not edible.  Most commonly, vomiting, diarrhea, and nausea are the result of mistaken edible plants (we can recall a dramatic result from eating a berry believed to be a low bush cranberry, but it turned out to be a “scootberry”). However, there are many plants that could cause permanent damage or even death.  The following plants mimic commonly found edible plants, but they are particularly toxic.

The herbaceous hemlock plant (not the coniferous tree, Tsuga) can be found in every US state but Hawaii.  Varieties include water hemlock, western hemlock, Nebraskan fern, poison parsley, and spotted hemlock or corobane, but all are very poisonous to humans as well as animals.

Hemlock is abundant throughout the US, so the risk of encountering it is high.  Hemlock is part of the same family as many edible plants, such as cumin, cilantro, dill, parsley, celery, and carrots with similar leaves and flowers. 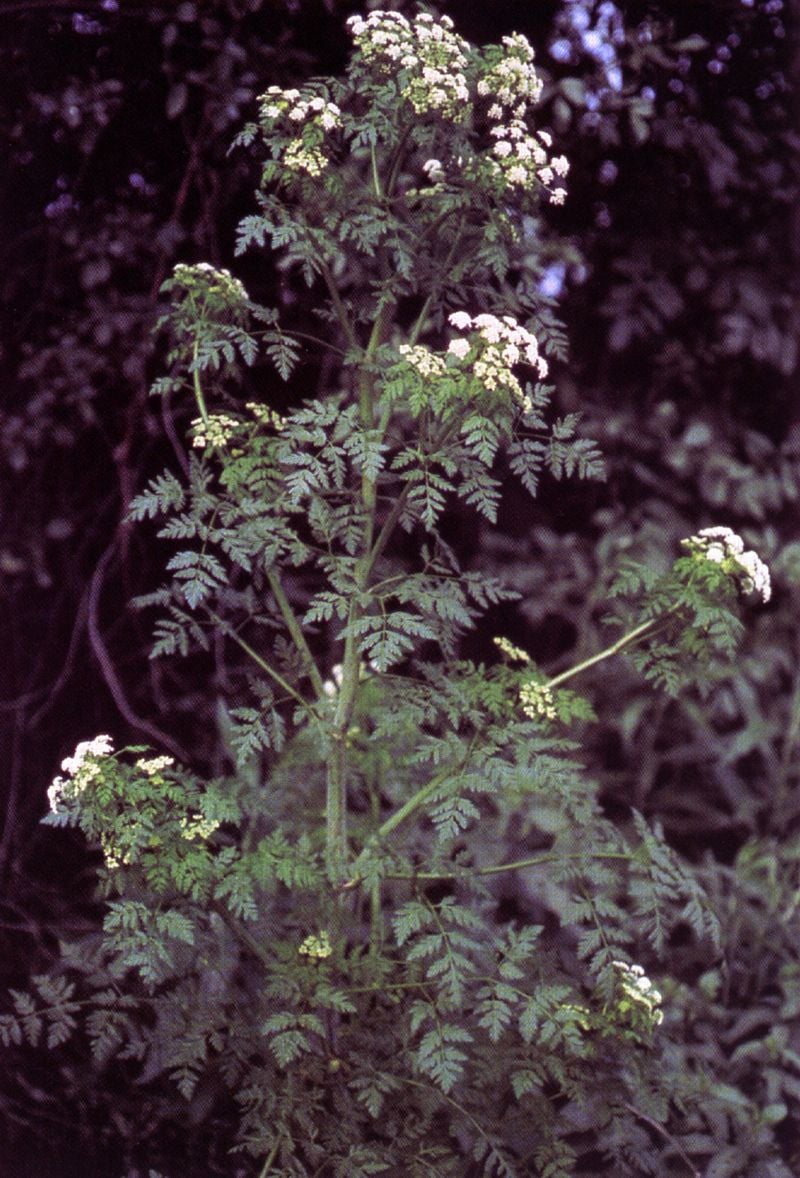 Each year, deaths caused by confusing hemlock with wild carrots are reported.  The plant carries toxic alkaloids called Y-coniceine and coniine.  These act directly on the central nervous system.  Eating seemingly small doses can result in vertigo, paralysis of the respiratory system, kidney failure, and death.

All parts of the plant are highly toxic and remain so even after the plant has become dried.  The plant produces tall, hollow stalks that dry in the late summer and there are many stories about children succumbing to the toxins after using the stalks to make whistles.

The most famous death from hemlock was of Socrates in 329 BC.  Native Americans used the juice of the plant to poison the tips of their arrows during battles.

The distinguishing features of Poison Hemlock include:

There are more than 60 species of wild grapes (Vitis genus) that can be found across the US.  Wild grapes can be a delicious treat to enjoy on a hike, but you want to be sure you are not mistaking them for a deadly mimic, the Moonseed plant. 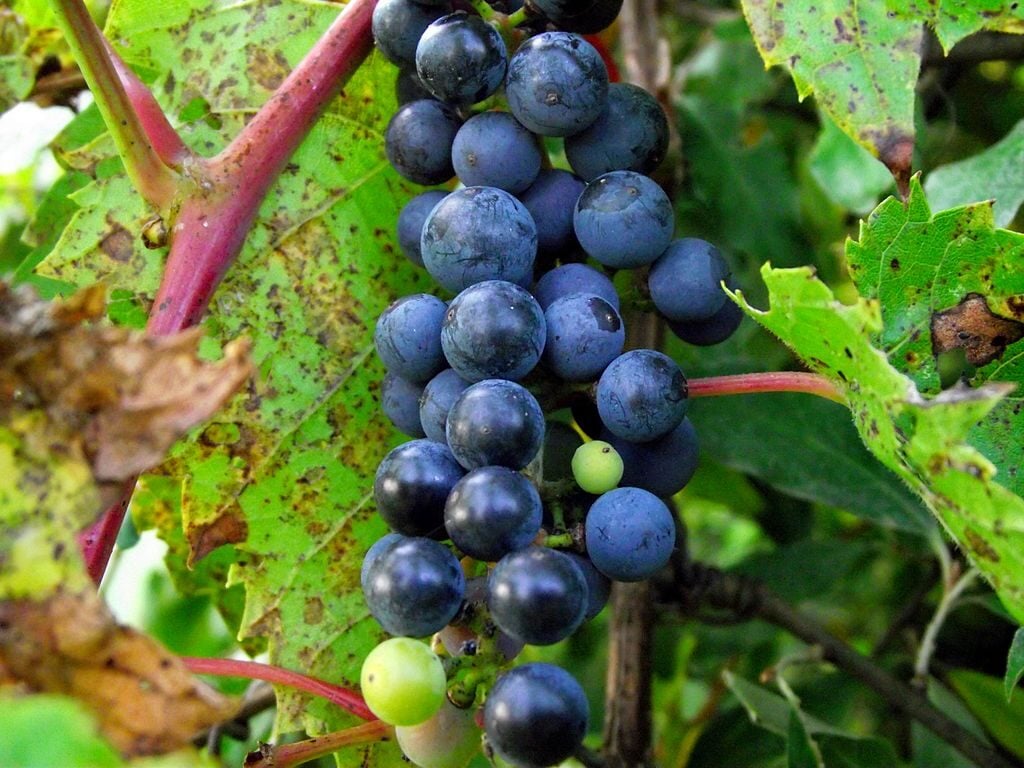 The Moonseed can be found in many states and produces fruit that is similar in appearance to grapes, but the plant—from roots and leaves to fruit—is toxic to humans because of a plant metabolite called dauricine.  Dauricine crosses the blood-brain barrier and can cause fatal convulsions if ingested. 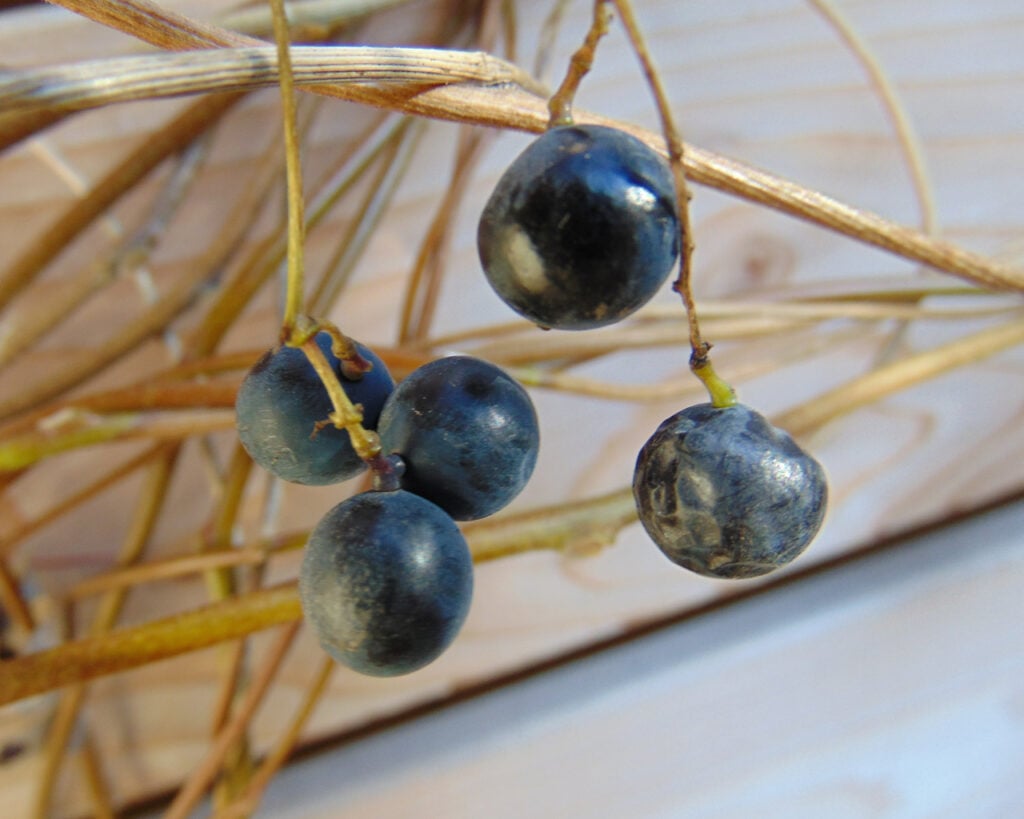 It should be noted that although wild grapes are safe for humans to eat, all grapes are toxic to dogs.

The distinguishing features of Moonseed include:

Mushrooms are renowned for being difficult to identify, and many species are toxic.  Before you endeavor to become a wild mushroom connoisseur, consult with a knowledgeable mycologist.

Morel mushrooms (Morchella) are found in moist areas at the edges of forested areas in the spring.  Morels are one of the most desired wild mushrooms and the best harvest areas are often closely guarded secrets. 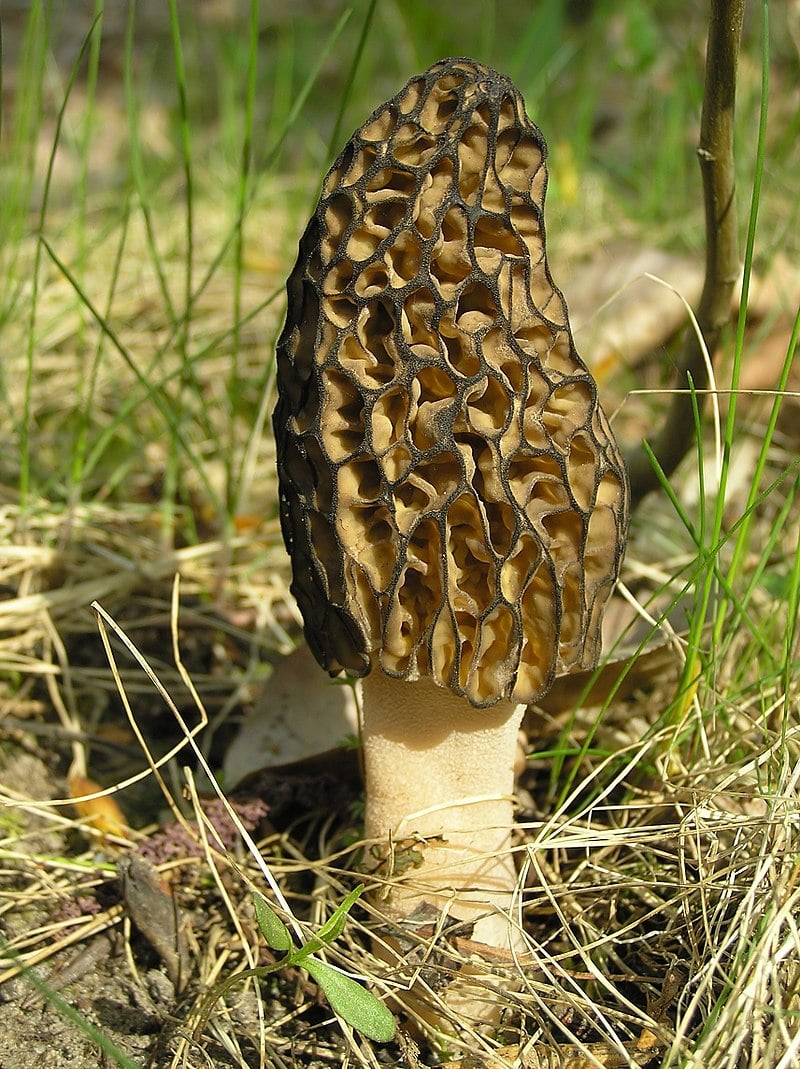 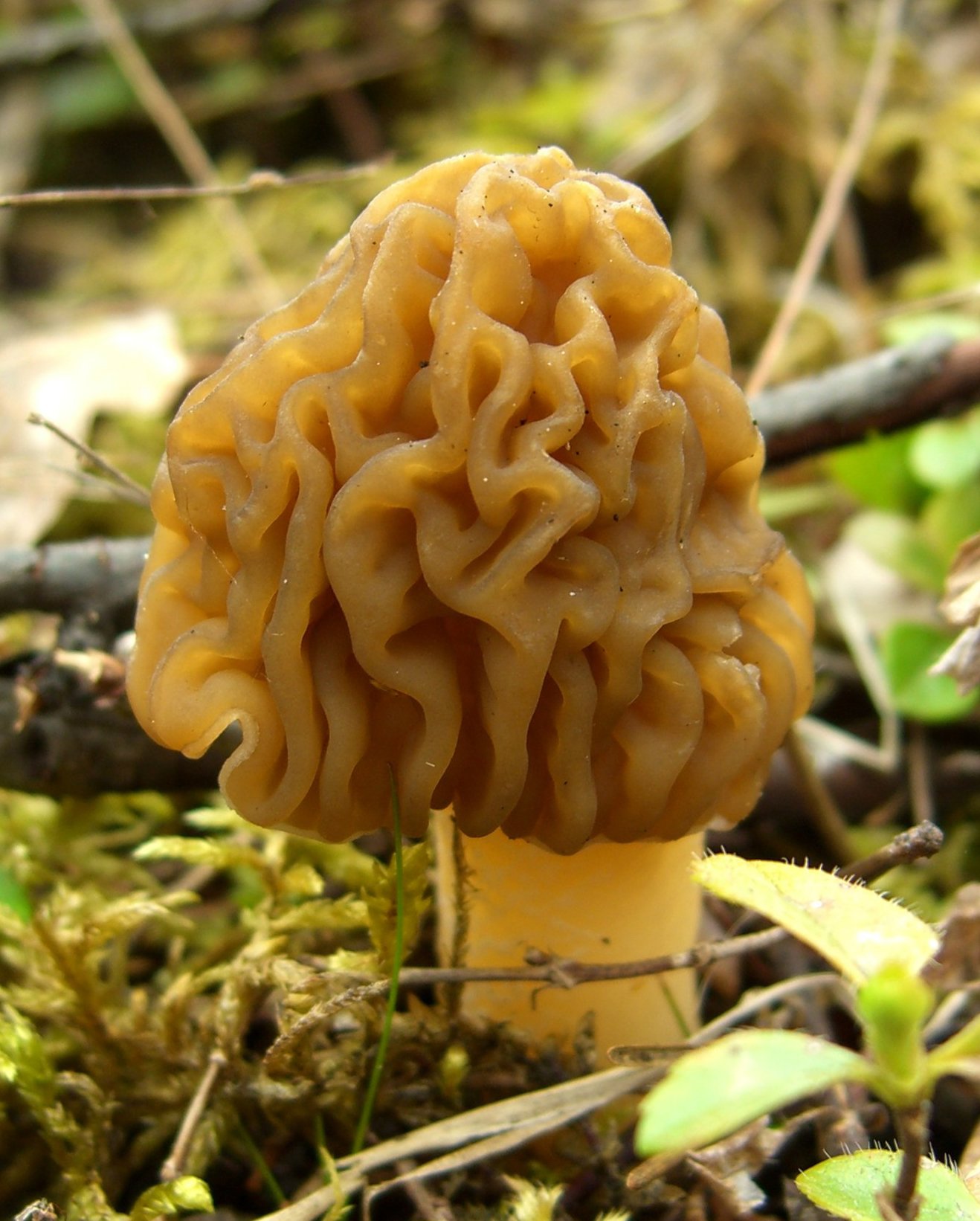 The distinguishing features of False Morels include:

Foraging for fresh fruits and veggies can be a rewarding experience, but a good rule of thumb is that unless you are 100% certain what it is, don’t eat it.  This article is intended only to raise awareness but is not by any means a complete list of toxic plants or a guide for identifying edible plants.

Educate yourself, or even take a course with knowledgeable experts who can give you a hands-on learning experience.  The Weed Science Society of America has a poisonous plant summary available online.  The North American Mycological Association can help with mushroom identification in your area.  A little knowledge could save you a lot of discomfort down the road.